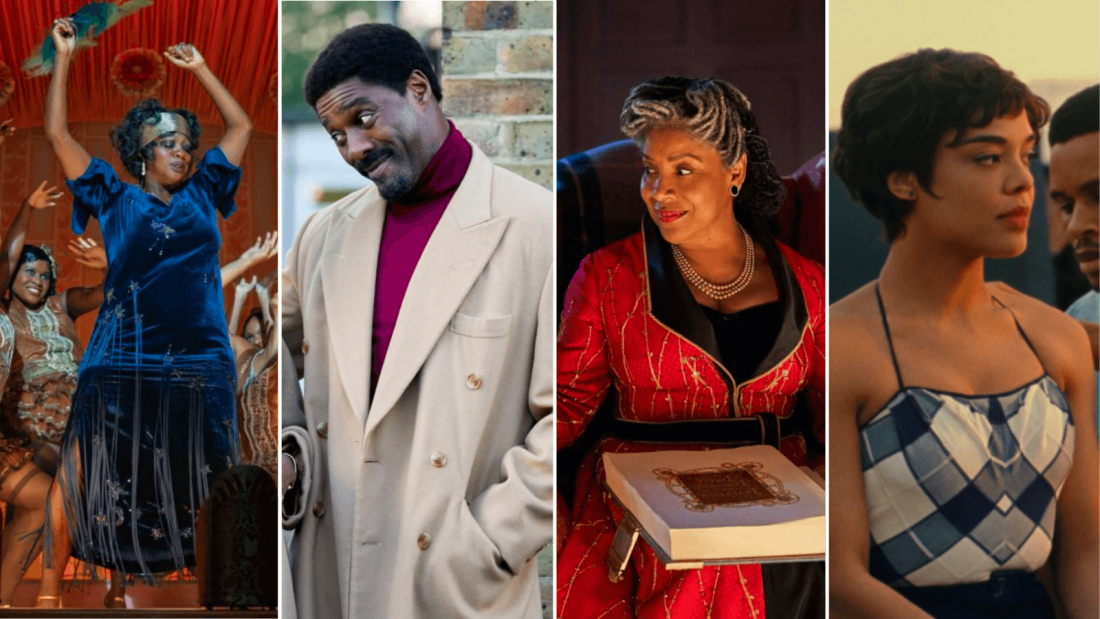 The popular Netflix holiday movie Jingle Jangle: A Christmas Journey earned 10 nominations, the most of any film. Ma Rainey’s Black Bottom and the animated movie Soul were both nominated for nine nominations each. Da 5 Bloods and Sylvie’s Love both received five nods each and getting four nominations each were One Night in Miami, The Banker and Hamilton, the filmed version of the hit Broadway musical.

Regina King, who won an Academy Award in 2019, has been creating some Oscar buzz with her feature film directorial debut in One Night in Miami, which earned four nominations. The Amazon Studios film tells the story of a meeting between Malcolm X, Muhammad Ali, Jim Brown and Sam Cooke in a hotel room that turned into a discussion about their roles in the civil rights movement in the 1960s.

Competing in the Outstanding Actor in a Motion Picture category are Anthony Mackie in The Banker, Chadwick Boseman in Ma Rainey’s Black Bottom, Delroy Lindo in Da 5 Bloods, Forest Whitaker in Jingle Jangle: A Christmas Journey and Will Smith for Bad Boys For Life.

Ma Rainey’s Black Bottom and the animated movie Soul were both nominated for nine nominations each.

It was great to see DJ D-Nice, who hosted a virtual dance party that lifted viewer’s spirits during the pandemic, nominated in the Entertainer of the Year award category.

A small contingent of Brits managed to score nominations.

Unlike the Golden Globes, the NAACP recognised the talent of Michaela Coel, giving her a nomination in the Outstanding Actress in a Television Movie, Limited–Series or Dramatic Special category for her work in I May Destroy You, notably alongside Octavia Spencer for Self Made: Inspired by the Life of Madam C.J. Walker and Tessa Thompson for Sylvie’s Love.

It was also wonderful to see a recent Melan interviewee Folake Olowofoyeku from Bob Hearts Abishola in the category for Outstanding Actress In a Comedy Series, along with Tracee Ellis Ross and Regina Hall, to name a few.

The awards will air on BET on 27 March at 8pm EST.

This article was written by Shirley Hawkins