When you have a few minutes to yourself, how do you choose to relax? Settle down with a favourite book, practice some light meditation or plug in your earphones for some audio erotica? 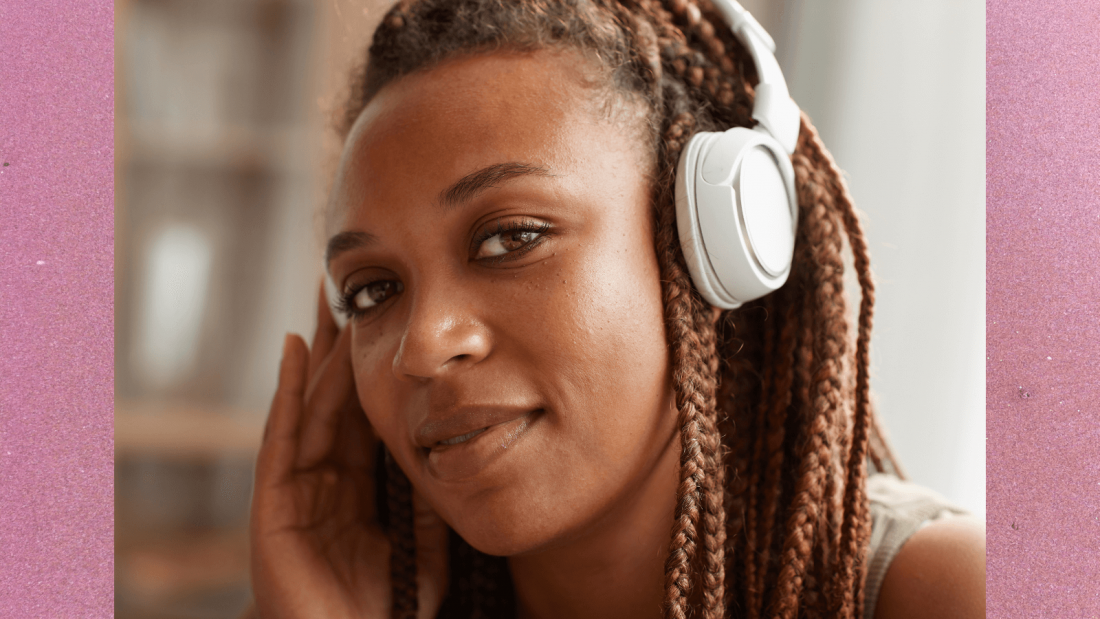 In recent years, more and more women are signing up for apps and sites dedicated to audio erotica, with those in the industry making the argument that ‘sexuality’ should be regarded as being in the same wellness category as exercise and meditation.

The digital step up from visual or literary erotica, audio erotica has the ability to stimulate the mind through imagination and fantasy using aural narratives. Telling us why more women should be embracing the trend is Mia Sabat, a sex therapist at Emjoy, a sexual wellbeing app for women.

So, what is audio erotica?

“… audio erotica encourages us to turn inwards to connect with our bodies and preferences.”

Oftentimes, because audio erotica is frequently created for audiences beyond the hetero-male dominated world of porn, it can be a safe space for women to explore their fantasies and desires at their own pace. It can lend inspiration, allow us to imagine ourselves in new and exciting scenarios, and help us learn how to communicate our preferences in intimate moments, all whilst engaging with our deepest desires. Ultimately, audio erotica encourages us to turn inwards to connect with our bodies and preferences, which enables us to bridge the gap between our mind and body, and better engage with sexual wellness.

Background info on the sudden recent surge in popularity?

“In recent years, women have become more vocal about their preference…”

In recent years, women have become more vocal about their preferences, and so it has become more commonplace for desires and turn-ons to be spoken about openly. As a result, this is leading creators to portray intimacy, sex, and relationships in realistic and diverse contexts. It’s not so much that audio erotica has surged in popularity, but that female audiences are finally starting to engage with erotica that is actually made for them and their genuine desires. Emjoy’s erotic stories, for example, have seen a 30% increase in usage during lockdown alone. The combination of spending more time at home, and more time in your own company, has many women jumping at the chance to explore their sexuality. Erotica that was previously seen as inconvenient or inaccessible is now being embraced and viewed as an aspect of sexual wellness – audio erotica is simply leading the charge!

Whilst most forms of pornography focus on the visual elements of sexual encounters, and may not be to everyone’s taste, audio erotica is brought to life by the power of imagination. One of audio erotica’s primary functions is to appeal to the body’s most important, and often neglected, sex organ: the brain. Research has actually shown that listening to erotica can be one of the most successful practices women can utilise to achieve sexual satisfaction. This is because audio erotica focuses on arousing the mind so the body can gently follow suit, all through the magic of fantasy. It gives the listener a level of freedom that visual mediums are unable to: when you’re using your imagination, you still have a lot of control over the content you’re engaging with, if not more.

It can be surprising to learn that fantasy is one of our biggest stimulators, and that it can have a powerful effect on our libido – especially when we are able to indulge in stories that have been vividly crafted. This is because the fantasy aspect of audio erotica allows us to be part of the story, not just an observer, ultimately encouraging us to engage with our own desires, preferences and turn-ons. Personally, we think audio erotica is appealing to everyone and not just women – but as this is a relatively new form of erotica, it may take a little longer for it to become as ‘mainstream’ as visual erotica.

Spotlight on the woman behind the resistance: Dr Shola Mos Shogbamimu