When it comes to picking out what to watch, there is such a thing as being spoilt for choice. We’ve made it simple and rounded up a mix of classics and more recent must-watches from Netflix and Amazon that will suit the whole family.

With so much on offer and so many ways to watch them, how do you settle on what to binge-watch next? First-word problems, yes, we can hear it too! To make things simple, we’ve curated 10 things for you to watch on Netflix and Amazon this month.

If you’re bored of the same old spy stories and are ready for something new and fresh. Look no further than Queen Sono, Netflix’s first African original series. Queen Sono tells the story of an elite spy who is on a mission to solve her mother’s murder that takes her across the African continent. This series is full of drama and action to keep you entertained and it’s truly refreshing to see a Black woman portrayed as the type of spy that makes James Bond look basic.

“Now the world don’t move to the beat of just one drum”… Different Strokes is a heart-warming family comedy that is sure to bring back some nostalgia. This series had us laughing out loud (way back before LOL was even a thing)! And if you’re in isolation with your children, this is a great series to watch together. It’s a classic, that’s sure to provide plenty of laughter!

Self Made: Inspired By The Life of Madame C.J. Walker

Academy award winning Octavia Spencer stars in Self Made, a Netflix original series inspired by the life of Madam C.J. Walker. Self-made tells the story of Sarah Breedlove aka Madam C.J. Walker and how built her hair and beauty empire as a Black woman in the late 1800s /early 1900s. She went on to become the first woman in America to become a self-made millionaire. This is a series that is sure to take you on a roller coaster of emotions but will leave you feeling inspired! Read our feature on her daughter, A’Lelia Walker.

While we patiently wait for Coming 2 America, currently being filmed, check out the evergreen part one of the drama/comedy classic. Eddie Murphy as Prince Akeem in Coming To America is guaranteed gold when it comes to light entertainment. This classic comedy is sure to bring the laughter that you just might need.

For the entrepreneurs in the house, this documentary is the epitome of Black girl magic! She Did That takes an intimate look into the lives of exceptionally talented Black female entrepreneurs. These amazing ladies discuss how they’ve built legacies and the importance of creating a brighter future for the next generation. She Did That is the inspiration you need in your life!

Queen of Katwe is the touching, true and inspirational story of Ugandan chess champion Phiona Mutesi. This is an uplifting tale of how Phiona’s intelligence, determination and prowess at chess helped to change her life forever. Starring Lupita Nyong’o and David Oyelowo, the film is set in Uganda.

Backup singers live in a world that lies just beyond the spotlight. 20 Feet from Stardom is the Oscar award-winning documentary that shines a light on some of the voices behind the legends of the music industry. This documentary gives you an inside look at the life of backup singers while keeping you entertained with some of the most loved songs.

You’ve probably already seen all of the episodes but it’s one of those series that you can watch over and again. Sensitively dealing with contemporary issues that face Black families, Black-ish pulls no punches while giving us a laugh. You can count on the series to showcase the very real truths of everyday life for a middle-class Black family in America while serving comedy gold! 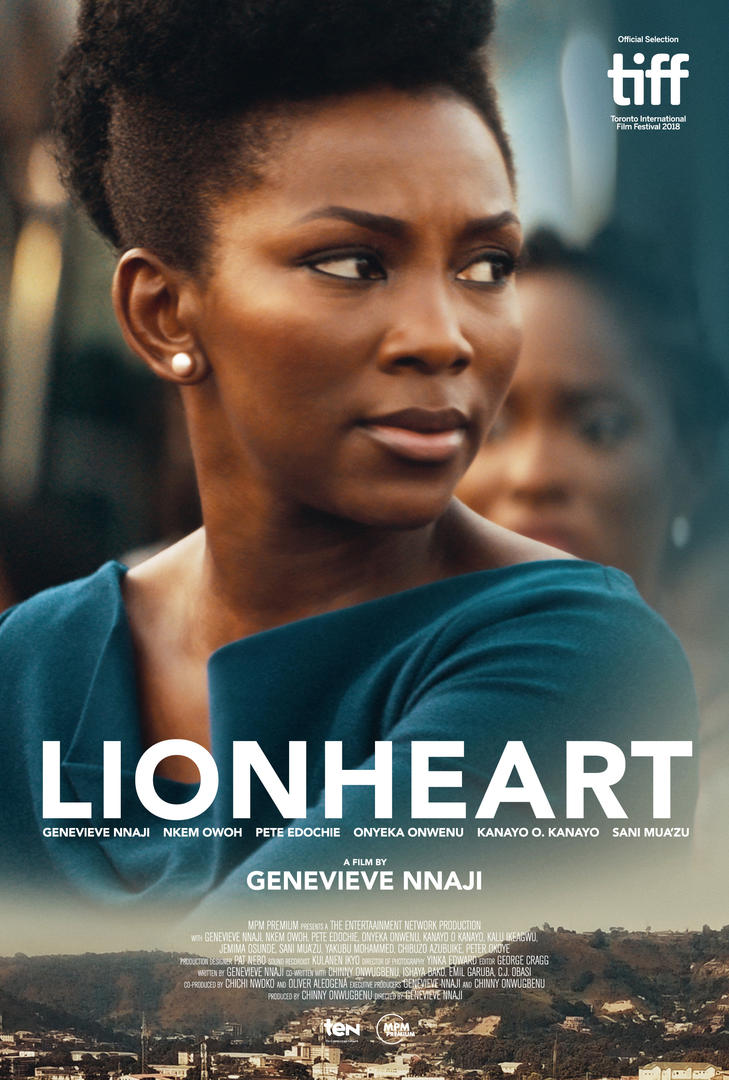 Lionheart is Netflix’s first Nigerian film production, the film stars and is directed by one of Nollywood’s biggest stars Genevieve Nnaji. This light-hearted film sees Genevieve who plays the lead, Adaeze, and the rest of the cast, tackle issues from feminism to family values. Lionheart is a feel-good film that should, in our opinion, have held its nomination for Best International Feature Film in last year’s Oscars.

A thrilling original series from Amazon, Hunters follows a diverse band of Nazi hunters living in 1977 New York City. The Hunters, as they’re known, have discovered that hundreds of high-ranking Nazi officials are living among us and conspiring to create a Fourth Reich in the U.S. The eclectic team of Hunters will set out on a bloody quest to bring the Nazis to justice and thwart their new genocidal plans. Read our review of Hunters.

Available to stream on Amazon

Athleisure fashion: 10 easy pieces to wear while working from home