Financial advisor and TV presenter Emmanuel Asuquo shares with Melan Magazine survival tips on getting through the cost of living crisis.

With prices rising in the UK, many are struggling to get by. Financial advisor, Emmanuel Asuquo has shared tips with Melan Magazine on how to save your coins in the cost of living crisis.

You may recognise Emmanuel Asuquo from TV as he has presented on some programmes that help people manage their money with Channel 4, ITV and more. Currently, though, he is working on a new book called Get Your Money Right. He describes it as a guide to help people with money management and its scheduled release is March 2023.

What daily steps can people take to save money during the cost of living crisis?

In this current climate, every little really does help. Emmanuel Asuquo says that: “Pantries are a really good way to get high-quality food at a low price.” Giving an example, Emmanuel says that you can get £15 worth of food for about £4 at a pantry. He also said that charities like Turn2Us and Citizen Advice bureau are also able to help.

Emmanuel Asuquo also says: “The best thing is to have a plan. I think the biggest mistake a lot of us make is just going through life and just letting life happen to us. It’s like, ‘oh the kids need new shoes or the kids are going back to school or I want to go on holiday.’ And it’s like, none of these things is planned and because of that, you get caught out and you end up having to lean on overdrafts or credit cards, or loans or so forth and it puts you in a worse financial position.” Emmanuel suggests that planning your finances can avoid a lot of these unplanned costs.

He also says: “You work really hard for your money, so it’s really important that your money works for you.” Explaining further he says: “What that means is looking for ways to put your money to use. I think a lot of the time we get paid and then just give all our money away. Whether it’s to rent, mortgage, uber etc. but you worked really hard for 30 days to get that money. The best thing you could do is to plan it and pay yourself first.” He recommends looking at how much money you can keep for yourself before you give it out to everybody else.

Is there any hope that the economy will stabilise soon or in the near future?

“The short answer is no”, says Emmanuel. He adds: “Unfortunately it’s likely to get worse before it gets better. We are now seeing mortgage rates are quite high. We’ve got 100,000 people per month coming off their old mortgage rate and going onto a new one. And we are seeing people go from £200-£400 a month more on their current rate. And for a lot of people, they were struggling on the old ones.”

He says that although incomes are increasing, it’s not on the same rise as the cost of living. With local authorities struggling such as Croydon council going bankrupt, Emmanuel says, “Councils are going to close youth centres etc. which may mean that people are going to have to work fewer hours to be there for their kids or invest in childcare which is continuously rising.”

Summarising this, Emmanuel says: “People have to really start making serious choices. You have to prioritise your needs and less on your wants. Understand that it’s only for a season.” 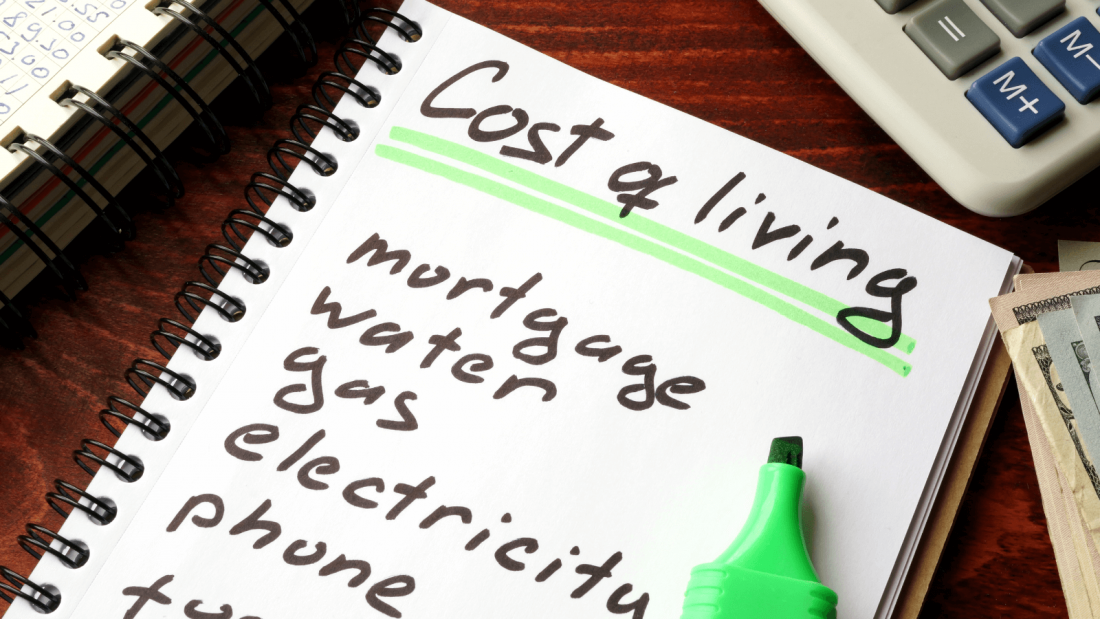 What to do with rising mortgage rates

Emmanuel says as a way to help protect yourself from future mortgage rate increases: “If you’re in a fixed mortgage rate don’t worry as you’re fixed in, but if you are within six months of your fixed period what you can do is reach out to your mortgage provider, to see what rate they can give you. Then you can lock in a rate now. Because if interest rates carry on going up, it doesn’t kick in until the six months or your mortgage period is done.”

Emmanuel also shares that if your interest rates are around 1-2% at the moment and you know it will be going up to 3-6% then: “It’s really important that you think about how you can get used to the payment.” He suggests googling “mortgage repayment calculator” to help you plan your monthly payments.

What tips would you give to parents to encourage their kids to save money?

Emmanuel says: “I think it’s really important to allow your children to be a part of the process.” Giving examples of this, he explains that you should let your children pick the snacks they want. Letting your child have a say about what meals they want to have is another thing he advises. That way: “They are less likely to say they don’t want to eat something because they actually picked it themselves.”

How can people save money on energy during these cold winter months?

Emmanuel says there are a few things that can be done specifically to help with saving money on your heating bills. “Make sure your boiler is serviced and running efficiently and that there’s nothing blocking your heating. That way your rooms are efficient and the heat can flow.” He also says that having timers on the heating can help prevent wasting energy. Wearing more clothes at home and avoiding electric heaters for long periods of time are also among the tips Emmanuel shares.

For those who are disabled or unable to work, what can they claim?

@Melanmagazine
Need something to read? Throwback to our Seven Days in June review. ''The idea of a love that started in their te… https://t.co/wTO3WR5SwB
4 hours ago
Do you struggle to switch off every night? Here are four tips for better sleep. ''The benefits of going to bed an… https://t.co/cJDzuCVuxV
10 hours ago
Introducing indoor plants into your home might be the new look you’re craving, but did you know that they can help… https://t.co/26RCgsmTNy
16 hours ago
Try these three salad recipes from raw-food chef Valerie McKen. Good health and eating well go hand in hand and i… https://t.co/3Zw82QREGM
yesterday
“This is how I am celebrating Nigerian cuisine”: The Orishirishi Cookbook ''The Orishirishi Cookbook is a celebra… https://t.co/yq5E9FYPF5
yesterday
Follow