Okay, by now you’ve most probably watched the Netflix mini-series Self Made. If you haven’t you really should as it tells the incredibly inspirational story of Madam C.J. Walker. However, there are at least two further biopics we need to see, and one of them needs to be about Madam C.J. Walker’s daughter, A’Lelia Walker, aka The Joy Goddess of Harlem.

Madam C.J. Walker is listed in the Guinness Book of Records as being the first woman to become a self-made millionaire. This claim is contentious with historians crediting Annie Malone with this achievement, but, what is crystal clear is that Madam C.J. Walker’s legacy of earning a fortune by creating hair products that catered to Black women lives long after she passed away in 1919.

Madam C.J. Walker didn’t walk the extraordinary journey of building a multi-million dollar beauty empire in the early 1900s alone; her daughter A’Lelia Walker, played in the Netflix series by Tiffany Haddish, was by her side every step of the way.

Perhaps exercising poetic license, the Netflix series depicts A’Lelia as a party girl with her head in the clouds. The reality is that she was so much more and lived her own extraordinary movie-worthy life. A’Lelia’s great granddaughter, A’Lelia Bundles, is in the process of writing a book about the life of her great ancestor who she shares a name with.

We did a little digging and are fascinated by the untold story of A’Lelia Walker whose remarkable life involved rubbing shoulders with royalty, traveling the world and hanging out with the superstars of the famed Harlem Renaissance.

Here are 10 things to help you learn more about the Joy Goddess of Harlem aka A’Lelia Walker!

She was a fashion trendsetter

The six-foot tall A’Lelia has been described by her great granddaughter A’Lelia Bundles as “the personification of flamboyance” and her style was legendary. She was known for wearing regal dresses, lavish furs, exquisite turbans, and custom-made shoes. Not only was she setting trends with her stylish appearance but A’Lelia started the “Buy Black” trend by often supporting Black businesses. As her great granddaughter revealed in an interview with Khamit Kinks, the majority of her clothes were made by Black designers.

She was a revolutionary

A’Lelia has been dubbed by many as an IT girl who threw lavish parties because she could, but in fact, the gatherings hosted by A’Lelia meant so much more than that. The safe spaces she created at her own home and the legendary Dark Tower, the New York arm of the business, which was designed by one of the first African American architects (Vertner Woodson Tandy) was a supportive environment for musicians, artists, poets, civil rights leaders, the LGBTQ community, actors and the everyday person. A’Lelia created a community that, as reported by The Root, included Black royalty of the day such as Zora Neale Hurston, Langston Hughes, and W.E.B Dubois. While New York outside the Jim Crow law jurisdiction, there were still many restrictions for Black people. So, for A’Lelia to create spaces where Black people felt safer enough to be their true selves and be accepted was truly revolutionary!

A’Lelia was a world traveller

In the early 1900s, it was rare to hear of women traveling alone. It was even more unheard of to hear of a Black woman travelling the world. But that’s exactly what A’Lelia did! She travelled to Ethiopia, Italy, Paris, Egypt, the Middle East, and more. During her trip to Ethiopia, she became the first American to meet Empress Zauditu I!  A’Lelia truly lived her best life and got to see the world while doing it!

She was an Entrepreneur too!

A’Lelia was not all play. She also got to work and was a successful businesswoman in her own right.  She was her mother’s right arm in the business. Stepping up to oversee the running of the empire, ensuring the mixing, packaging, and shipping of products to where they needed to go. Bundles told Khamit Kinks that A’Lelia was also “instrumental in the design and decor of Madam’s salons… which could rival any high-end salon today”. The Joy Goddess of Harlem was also a queen of design and branding!

A’Lelia was close friends with the poet Langston Hughes

A’Leila had a range of celebrity friends, but one of her closest friends was celebrated poet Langston Hughes. Langston was frequently seen at A’Lelia’s parties and also wrote to her when he went on his travels. Langston was actually the one who named A’Lelia the Joy Goddess of Harlem. After she passed away Langston wrote a poem dedicated to her, which he read at her funeral.

She was a philanthropist

A’Lelia supported and was the lead fundraiser for many charitable causes. According to A’Lelia bundles blog, she helped to raise the funds for an ambulance for Black soldiers during World War I. She also reportedly donated to the YMCA and the NAACP as well as numerous charitable works proving she didn’t just spend money, she also helped those in need. We love it!

She had an adoptive daughter

If you’ve watched the Netflix series, you’ll know A’Lelia had an adoptive daughter called Fairy Mae Bryant. But what most Self Made viewers won’t know is that A’Lelia arranged a huge wedding for her daughter. Her great granddaughter’s research has revealed this wedding was one of Harlem’s most extravagant social events of the season which more than 9,000 people attended. A’Lelia wasn’t afraid to splash the cash as the wedding cost $42,000, which is around $600,000 today!

Viewers of Self Made might be surprised to learn that A’Lelia got married and divorced three times, because in the series she was portrayed as a lesbian. While she never explicitly confirmed that she was a lesbian or bisexual, she was known to be a supporter of the LBGTQ community at the time. 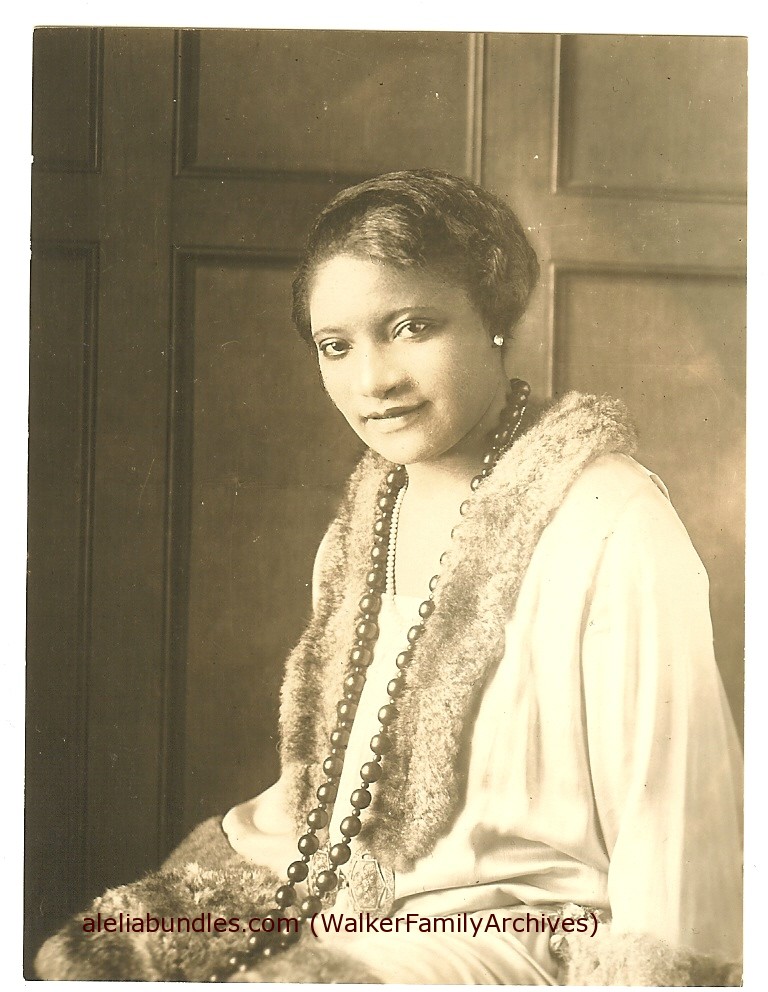 She attended the coronation of the Pope

When A’Lelia passed away in August 1931 it was a huge loss to many. This was no doubt due to her influential presence during the Harlem Renaissance, creating a safe space for the LGBTQ community, charitable causes, and her work within her mother’s beauty empire. Oprah magazine reported that more than 11,000 people went to pay their respects to the Joy Goddess of Harlem at the Howell’s Funeral home and 1,000 people attended an invitation-only funeral.

A woman before her time, we can only imagine the impact A’Lelia Walker would have made if she lived during present times. A queen who was full of life and made a lasting impression on the people of Harlem, we can only hope her legacy is as enduring as her mother’s.

This article was written by Alisha Adetoro

11 UK Black-owned businesses that will help us get through the lockdown!