It’s true that not all superheroes wear capes and earlier this week, the UK took up the call to #ClapfortheNHS. However, the resulting media coverage among mainstream newspapers showed a familiar problem, images featuring only white NHS heroes made the headlines. In a now viral message, which she first shared on her Instagram page, British comedian Gina Yashere called out the press, asking “Where are all the doctors and nurses of colour?”

Struggling to contain her frustration at the injustice and the erasure of Black and brown NHS staff, Gina Yashere showed screengrabs of national newspaper front pages celebrating NHS staff, where there was not a single Black face, not one.

Had to get this off my chest. The UK went to their colonies in the Caribbean & recruited a ton of postal workers, bus drivers & NURSES to do the jobs that the English didn't want to do. Some arrived on the #empirewindrush in 1948. Africans, Caribbeans, Indians, Pakistanis, Chinese & many people of colour make up a significant percentage of doctors and other types of carers toiling within the #nhs, & now on the frontline in the fight against #corona. AND YET…You wouldn't realize it seeing all the people being interviewed on TV & in the papers. It is utterly disgusting that people of colour are being erased from the narrative like this, just like we were when helped out in the wars, fighting for the freedom of all. Our contributions being dragged out once a year for #blackhistorymonth ALL the docs, nurses, paramedics, orderlies, cleaners, are heroes. LET'S SHOW ALL THEIR FUCKIN FACES. and #stopthewhitewash. Rant over. Another #coronadiaries coming later 😉

As of March 2019, the NHS employed more than 1.2 million people and the majority, 4 out of 5 (79.2%) are indeed white, but a higher percentage of staff in medical roles (those working as doctors in hospitals, community health settings etc) are from Asian, Black, Chinese, mixed and other ethnic groups (in total 40%). The stats also show that 92% of ‘Very Senior Manager’ roles were held by white staff, but that’s a story for another day.

So, if 40% of medical staff in the NHS are non-white, why are they not more prominently featured in the newspaper coverage of NHS heroes? 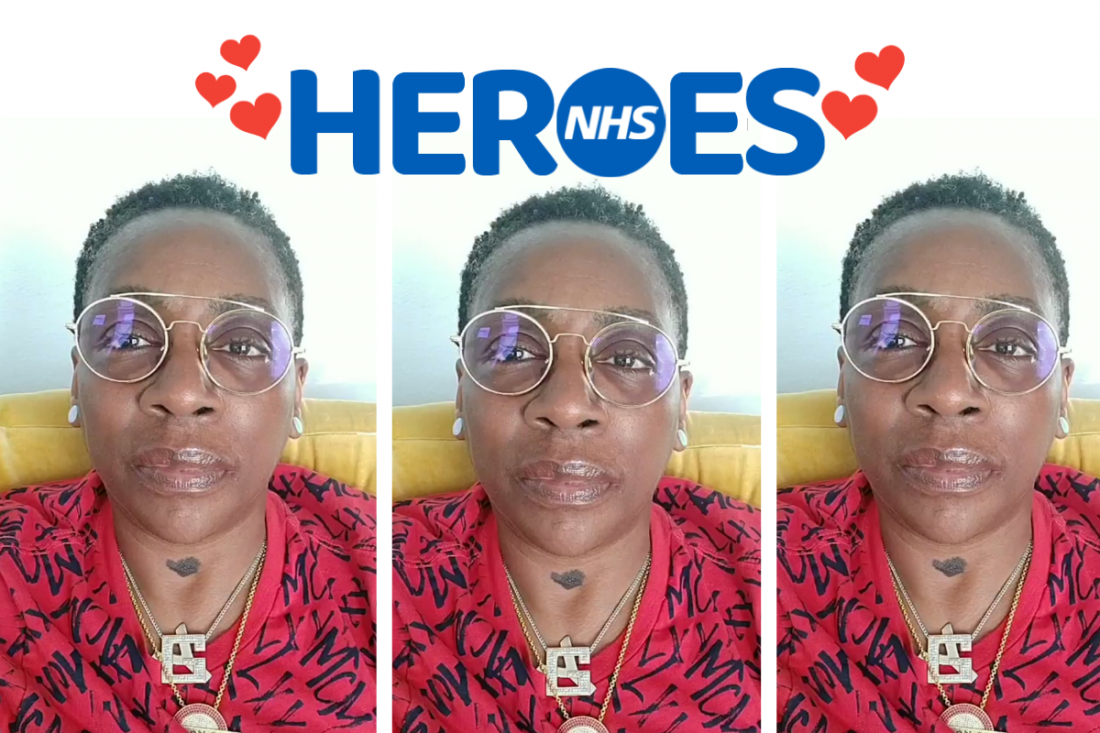 Gina, in her own inimitable way joked, but with an underlying serious message, about how Black families encourage their offspring to pursue professional careers, saying:  “Everyone knows that in the African family there’s only four choices of career, doctor, lawyer, engineer, disgrace to the family, so where are all the doctors and nurses of colour? Why is it that only the white doctors and nurses are on the front page of every newspaper like they’re the only heroes? They’re all heroes, how about we see all of them?”

“I’m sure I’m not the only one who is sick of the contributions of people of colour being erased from history.”

To help stop the erasure, she suggested the idea of trending a new hashtag, #StopTheWhitewash, and defended speaking about the issue.

Speaking directly to the people who criticise and ask why she felt the need to make it about colour, she said: “If it’s not, then put everybody in the pictures! I’m sure I’m not the only one who is sick of the contributions of people of colour being erased from history.”