In her first project since leaving life as a working Royal, the Duchess of Sussex, Meghan Markle, will narrate a new documentary called Elephant, which features on the newly launched Disney+ service.

Elephant is a nature documentary chronicling a family of elephants as they carry out a 1,000-mile journey to cross the Kalahari Desert in Africa “on an adventure that will change their lives.”

As reported in Essence, “Elephant will follow an African elephant named Shani and her son Jomo as their herd makes an incredible journey across the Kalahari Desert. Led by the herd’s matriarch Gaia, the elephants face predators, dwindling resources, and nightmarish heat as they search for paradise.” 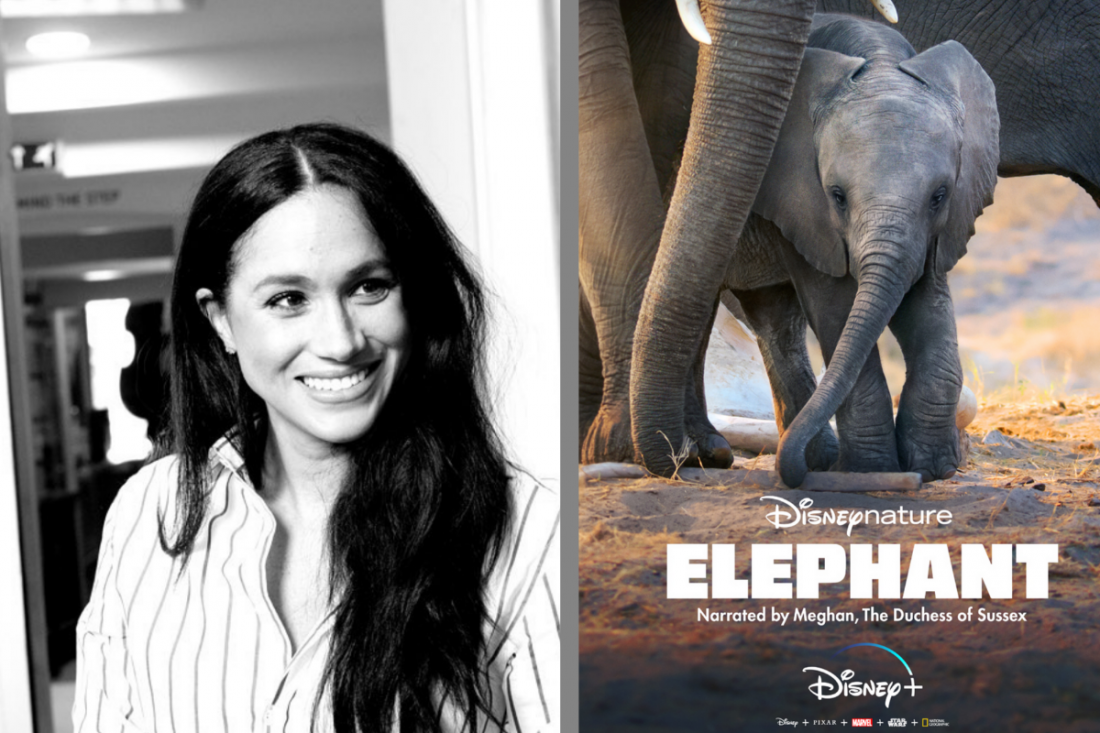 This will be the Duchess’s first foray back into the world of entertainment since leaving her career as an actress to marry Prince Harry. We got a clue that she may be working with Disney last year during the Lion King premiere when Prince Harry was overheard telling the former Disney CEO Bob Iger that his wife did voiceovers. While many criticised his actions, we applaud the idea of a supportive partner, even when wifey is not in the vicinity.

The couple appear to have an enduring love of elephants. In 2017, they travelled to Africa to support charity, Elephants Without Borders, who work toward protecting Botswana’s Elephant community from humans.

Elephant is set to premiere on Disney+ on 3 April 2020, in celebration of Earth Month.

“They’re all NHS heroes, how about we see all of them?” calls Gina Yashere