When we talk about arthritis, many of us think it’s an illness that affects only the elderly, but the truth is that it is extremely prevalent among people in their thirties and forties too, many of whom are struggling with symptoms of the condition, sometimes in silence. 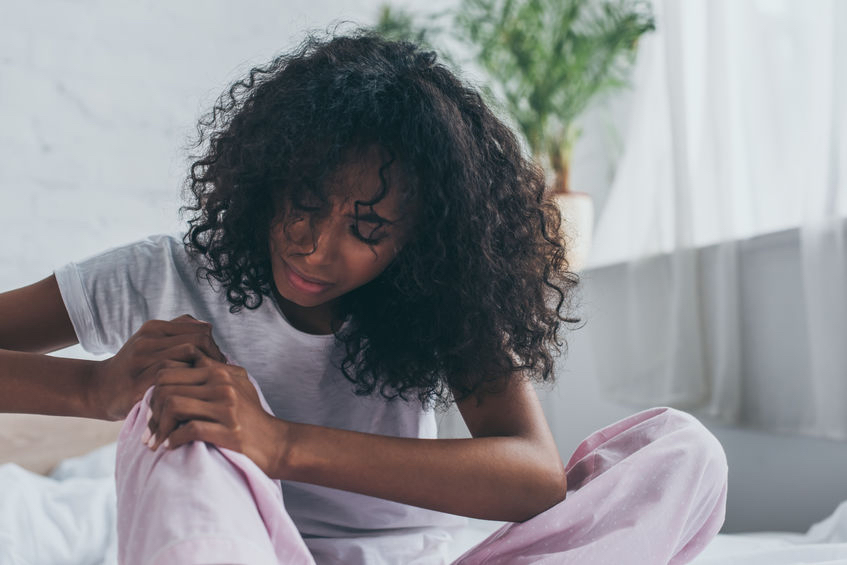 The misperceptions around arthritis are many. Simply put, arthritis is the condition that involves pain, swelling and stiffness in a joint, or joints (according to Versus Arthritis), but did you know that there are many different types of arthritis? With some forms typically affecting older people, it often appears in children and teenagers too. In fact, it is estimated that around 10 million people in the UK have arthritis.

Symptoms can range from mild to lifechanging. Some people manage to work through their occasional twinges in their joints while others struggle through chronic pain every day. The most common type of arthritis is Osteoarthritis, the condition which sees general wear and tear to the joints causing pain and inflammation. Less common is Rheumatoid arthritis, which is as an auto-immune condition where the body’s immune system attacks healthy tissues such as joints, again, causing inflammation. There are a number of other types of arthritis, that you can read about here, but the condition can also be caused by your genes.

“I don’t look like I have arthritis, so it’s almost unbelievable. People only notice something is a little odd when I begin to limp occasionally.”

Thirty-four-year-old *Rosemary was born with hypermobility, a condition that sees joints in the body moving easily beyond the normal range expected for that particular joint. Shortly before her 30th birthday, she was diagnosed as having Hip Dysplasia, which sees her hip joint routinely shifting around out of its socket by a certain range. Years of not having this treated resulted in her diagnosis of Osteoarthritis.

“When I first had my diagnosis, I was surprised that arthritis could affect someone who was so young. I thought only elderly people got the condition. Like many people, I associated youth with being full of energy, the general assumption is that you don’t get arthritis in your thirties.”

Explaining how her arthritis affects her on a day to day basis, she said: “Every day when I get out of bed in the mornings, I am always stiff. For me, it’s now the most common feeling. The best way to describe this stiffness is to imagine that my body is an engine that has not been lubricated. I need to do hip rotations, extend my leg and do little stretches and exercises. After a few minutes of doing these, the symptoms begin to ease.”

Having arthritis at such a young age is still perceived as being unusual, what do people say when they find out she has the condition? “I generally keep it to myself. In my experience, doctors are often very careful about using the actual word ‘arthritis’ instead preferring to treat the symptoms. It’s possible that this has contributed to my reticence about telling people. I mean, I don’t look like I have arthritis, so it’s almost unbelievable. People only notice something is a little odd when I begin to limp occasionally.”

Rosemary has some words of support for any other young newly diagnosed arthritis sufferers.

“You are not alone. It actually happens to lots of us and thanks to good medication and management, it’s possible you can still have a good quality of life. Personally, having the condition has made me become more responsible for making sure that my health doesn’t deteriorate. I am more aware of my body and what I need to do to stay as fit and mobile as possible. You can’t afford to be ignorant and allow things to get worse. It’s like that old saying, if you don’t use it, expect to lose it.”

What the expert says:

“Many of my arthritis patients deal with their pain in silence because they assume nothing can be done for them or that it’s just something you get in old age. And because symptoms can fluctuate, it can be hard for them to explain just how serious the pain can be. But arthritis can affect you at any age, and the pain many people experience is tremendous. The impact and scale of arthritis needs to be recognised, so that more people affected speak up and get the support and care they deserve.”

Visit VersusArthritis for help and support. Watch their  video below:

10 of the hottest autumn looks from our fave fashionistas on the ‘gram!