Thor: Love and Thunder, out in UK cinemas on 7 July just in time for the summer blockbuster season, is a comedy-filled romp. Read our review of the latest movie from the Marvel franchise.

Saturday afternoon television matinees were once made of productions like Thor: Love and Thunder (2022): comedy, colour-popping visuals, exaggerated action and revered parody.

That pulpy, science-fiction, superhero genre, that whetted the appetites of young children whilst parents were busy with domestic chores, were filled with series such as the 1950’s Flash Gordon, and more famously, the 1960’s Batman.

Thor: Love and Thunder starts with its own story-within-a-story as told by the returning Korg (writer/director Taika Waititi). His narration supports the montage of images that show us how flaxen-haired god Thor (Chris Hemsworth), embarks on an internal journey from fat to fit, ready to save the day for those in danger from monsters. 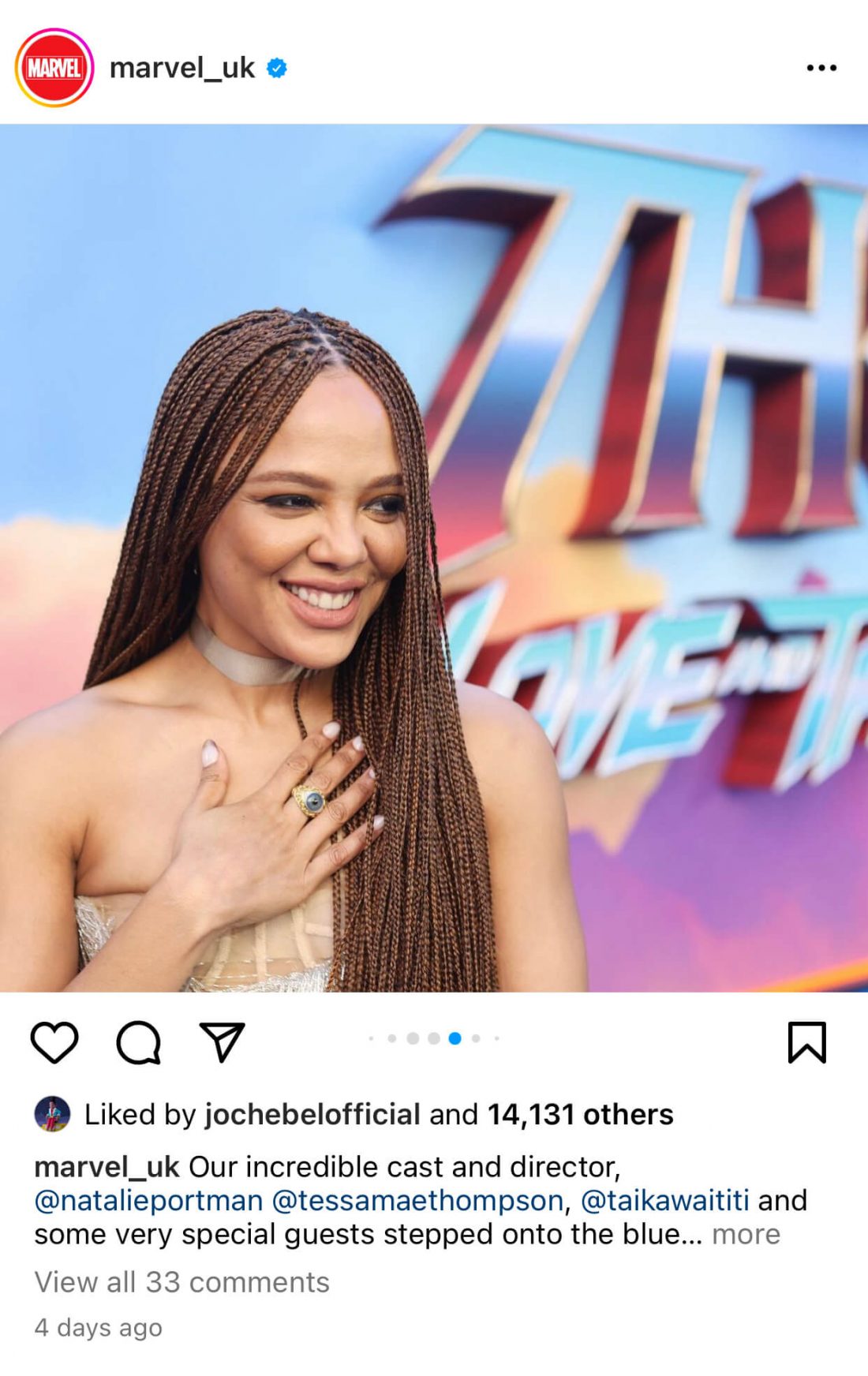 Meanwhile a certain villain by the name of Gorr, The God Butcher (Christian Bale) is more than a little peeved, because the gods allowed his cherished daughter to die. Bale, (as though visually recreating his emaciated role in 2004’s The Machinist), is suitably villainous with just a little touch of gallows humour, as he proceeds on a god-killing spree – as you do.

Of course, Gorr has his sight on New Asgard, the new location of Thor’s home world on Earth. This production blends this mythical location into the lifestyle of Earthlings much better than Jurassic World Dominion (2022) ever does with its dinosaurs. This New Asgard is a hoot, as its inhabitants recreate a tourist spot for cruise-ships – flying longships and-all!

This is what we thought about Netflix film Passing: A review

It’s when Gorr and his shadowy henchmen arrive to kidnap New Asgard’s children, that we see Thor and an upgraded Jane Foster as Mighty Thor (Natalie Portman) and Valkyrie/King of New Asgard (Tessa Thompson), reunite to save the day. Sadly, Jane hides a mortal secret that is linked to Mjølnir, her new inanimate companion, which gives Jane her newfound powers.

Thor: Love and Thunder is filled with eye-popping sets and acrobatic combat, as the team journey to find another god’s power, Zeus’s lightning bolt, to defeat Gorr. The journey is accompanied by flirtatious longing between Jane and Thor and jealous téte-à- tétes between the powerful axe, Stormbreaker and Thor because Thor secretly longs for the return of the mighty hammer Mjølnir – if only because it now belongs to Jane! These axes just ain’t loyal.

The comparisons to the previous Thor: Ragnarok (2017) among MCU fans are inevitable. However, Love and Thunder falls short of the delicious hilarity of Ragnarok, because in many ways it overdoes its humour and the ‘will-they-won’t-they-get-back-together’ romp between its stars. We’re flung from one glorious set piece to the next so quickly that there’s not enough time to get to know new characters (including wailing goats) or further endear ourselves to the old.

Nevertheless, with themes of girl-power, empowered children, teamwork and belonging, Thor: Love and Thunder is a rip-roaring, comedy-filled piece of family entertainment (maybe minus wanton nudity of the god-kind!) of the Saturday matinee kind.

Thor: Love and Thunder is released in UK cinemas on 7 July and US on 8 July.

The Woman King trailer starring Viola Davies has dropped and it is epic!