When legendary Film Director and Producer Ridley Scott announced he was creating a new sci-fi TV series, his international fan base was whipped into a frenzy eagerly awaiting his imminent masterpiece and Raised By Wolves (HBO/Sky) didn’t disappoint. The fierce and fun show which has recently celebrated a second series is set on an imaginary planet where two androids are raising human children. One of these is Nerva, a strong-willed rebel played by British actress Jennifer Saayeng, who is flying the flag for representation while becoming an icon in her own right.

“One of the most amazing things about the series is that it’s filmed in Cape Town South Africa against loads of natural landscapes which are breathtakingly stunning, Jennifer told Melan Mag. “You’ve got mountains, beaches, sand dunes, it was challenging to film in, not just for the actors but for the team who were running over crazy terrains, but it did look visually stunning.”

Filming the series abroad over six months during covid was a big change of scenery for Jennifer who studied musical theatre and whose credits include stage shows such as Hairspray and The Death of A Salesman. Both productions had Black characters in them but what drew Jennifer to Raised By Wolves was how important diversity was without it being about race. She explains: “I’ve been in shows about Black characters but in this production, the diversity was there without it being in the script. My character had an androgynous side too which made her even more diverse.”

Nerva was a character that Jennifer was able to shape using her natural features: “I tried to lean into my own image to bring out the strong woman in Nerva, she’s a leader and she’s powerful and I felt I could celebrate the stereotype of a strong woman with a bald head. The script didn’t stipulate a breakdown [of the character] it just said ‘tough woman’ but I felt I could play her as myself, a bald woman.”

Jennifer began to experience alopecia 13 years ago and has been bald for six years, it’s an aspect of herself she wants to embrace in the roles she takes on: “I’ve played a lot of roles wearing wigs but moving forward I want to be bald and let the work speak for itself. I am on a journey, but I am embracing it more and more. I’ve had people say I look hot, or gorgeous which I didn’t expect as Nerva is so androgynous. I also received a letter from a woman who said it was amazing to see me rocking my baldness as her mum has struggled with hair loss and seeing this representation on-screen has helped her mum feel better about her situation.”

Nerva runs the underground scene in the series and in most of her scenes she’s leading a huge cast in the role of a leader, which for Jennifer was an incredible experience; “we were filming in a massive crater with 100s of supporting actors and me as a female ringleader, it was thrilling.”

But there was one particular moment during the filming that stands out for her: “There was an episode directed by Sunu Gonera who is from Zimbabwe and who is a dark-skinned Black guy, myself, Abubakar who plays Father and Jordan who plays Tempest, all these lead actors and a Director filming massive scenes, it was mind-blowing. I’ve not been on a set like that before and for me, I have a particular thing about dark skinned Black people being represented so it was amazing. I do feel there’s more range in casting in television, but theatre is catching up.”

Jennifer admits she wasn’t the biggest sci-fi fan before she landed this role but since starring in the show she’s developed an appreciation for the genre: “I love Raised by Wolves and I feel like I’ve missed a treat not being into sci-fi until now. I love this series and all the imagination that has gone into creating a different world and realm where the possibilities are endless – do check it out!” 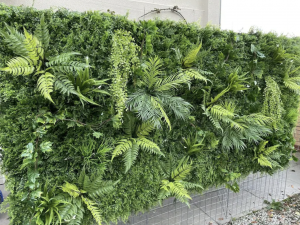