Venessa Taylor is a former assistant headteacher with a passion for improving literacy rates in young boys and reluctant readers. In 2016 she was diagnosed with leukaemia and found solace in writing, eventually becoming an author with her children’s book series, Baller Boys.

Before her diagnosis, Venessa had served two decades as an inner-city primary school teacher and assistant head teacher. She enjoyed a successful career in teaching, with several achievements to be proud of. She helped to raise the literacy engagement, reading and attainment of young boys and reluctant readers in her school, something she is extremely proud of. Until February 2016. In what seemed like any other regular day, Venessa was diagnosed with leukaemia and was told she would need to be immediately admitted to hospital for six weeks. It was during this time that Venessa began to write like never before to cope with her condition.

A day after being admitted to hospital, Venessa had a visit from a friend who came with a simple but powerful gift. A fancy pen, a diary and a smile. Venessa told us the significance of this gesture:

“I remember thinking how beautiful the notebook was, it was green and had butterflies on the front and a fancy gold clasp. I don’t know why, but I loved writing in this book and stroking the slightly embossed cover. I immediately began writing prolifically.”

“Venessa used writing in her notebook as a cathartic experience detailing everything from the shock and disbelief of having leukaemia..”

Initially, Venessa used writing in her notebook as a cathartic experience detailing everything from the shock and disbelief of having leukaemia, to the procedures, the hair loss, all her visitors, her hallucinations and her entire experience battling leukaemia. It wasn’t always easy to do this though. Due to the toll chemotherapy and steroids treatments had on her health, Venessa was often so fatigued that she could barely pick up her pen, the words she wrote were faint as she struggled to put the pen to the paper and the effects of the treatments meant many of her diary entries were illegible.

Despite how much physical strength it took for Venessa to write, she was determined to continue writing:

“I needed to write, and once I’d started, I never looked back. There was so much going on around me and it was all happening so quickly. My family and friends were shell shocked and scared/frightened. I didn’t want to burden them further by adding my own worries and fears to the ones they were already holding, but I needed to express/share my thoughts, so I wrote.”

After filling up nearly two notebooks, Venessa decided to begin an online blog, where she shared her experience with leukaemia through in-depth explanations of the procedures she was having and the side-effects of the treatments. Venessa also shared photos and videos to document her battle with leukaemia and created a space where she received lots of supportive comments. Many of the private messages she received were from other leukaemia sufferers or their families who felt like their story was also being told through Venessa’s blog. The blog also served as a way for Venessa to support herself:

“Baring my soul for everyone to read, allowed anyone who wanted to know, how I was really getting on because in my blog I could be honest. Writing the blog stopped me from having to repeat the same things over and over in words and stopped me from seeing the anguish in my families faces or hear it in their voices.”

“Writing the blog stopped me from having to repeat the same things over and over in words and stopped me from seeing the anguish in my families faces or hear it in their voices.”

Through finding her voice and the therapy that writing in her blog provided her, Venessa went a step further to merge her love of writing with her lifelong passion for improving literacy among young boys. She credits her daughter and son-in-law with the idea to write her children’s book series, Baller Boys.

Baller Boys is a football-themed book series with the purpose of empowering young boys to enjoy reading.

Why focus on boys in particular? “The reasons my books are aimed at boys is firstly because girls continue to outpace boys in both their enthusiasm to read for pleasure, and in their reading attainment. (so, I am not overly concerned about girls). As a school leader, one of my responsibilities was to raise the level of engagement for boys reading (for pleasure,) and their level of attainment. I did a lot of research and work with boys to find out what they wanted to read, so it made sense to write about what they told me they wanted to read.”

The book also has a touching tribute to her son-in-law, Reece Darcheville, who has sadly passed away, in the form of the character ‘Coach Reece’.

“The reasons my books are aimed at boys is firstly because girls continue to outpace boys in both their enthusiasm to read for pleasure, and in their reading attainment.”

Due to her condition, Venessa is no longer able to return to teaching so her writing offers an exciting new career for her.

On her plans for Baller Boys book series, Venessa said: “I’d like to develop a Baller Boys journal where children can record their goals, feelings, thoughts and experiences, as well as collect their ideas and observations etc. to help improve their wellbeing. I also hope to develop some inclusion resources based on Baller Boys that can be used in schools to both support children with additional needs and highlight ways in which their peers can support them.” 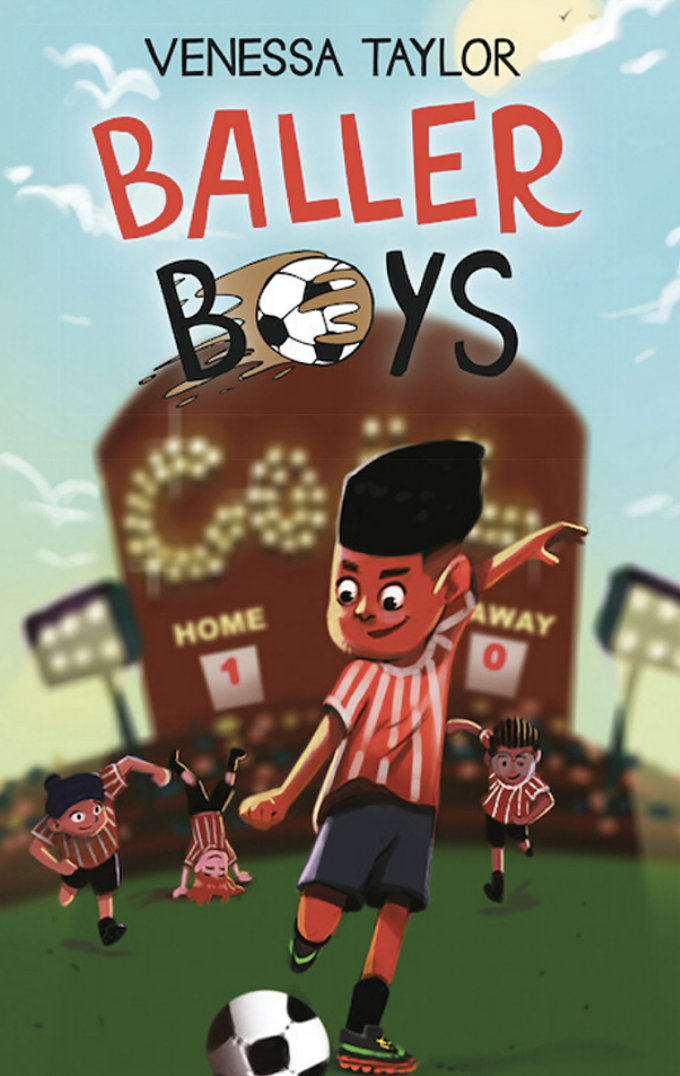 Venessa is now in remission even though she wasn’t able to find a donor, she regularly attends hospital appointments for regular bone marrow biopsies. She’s also an ambassador for a variety of cancer and leukaemia charities.

We love that despite going through the battle of fighting leukaemia, Venessa managed to find a voice so powerful it touched the hearts of strangers. She made leukaemia suffers feel heard and empowered a generation of young Black boys to love reading. What an inspirational woman!

We applaud you, Queen!

His Hyde Park speech wasn’t a one-off: 5X John Boyega was a real one