Did she risk it all in her marriage for one last fling with her ex? Last month we shared the real-life story from a Melan reader about what happened when she came face to face with an old flame at a family gathering.

When we left the story last month, Kelly (obvs not her real name) was about to meet her ex-lover, who is now her sister-in-law’s boyfriend, for a “coffee”. Get up to speed with the first instalment of the story here. Read on to find out what happens next for Kelly, as told to Melan contributor, Reesey Reclassifies…

On the day of the agreed coffee meet with Calvin I went to work first and decided to fill in my work colleague on some of what happened over the holidays. She was horrified that I was meeting with Calvin, which made me feel so embarrassed and was probably the wake-up call I needed.

My colleague didn’t have any advice for how I should deal with the situation either, so her judgey opinion still left me a bit stuck on what to actually do.

It was around this point that I realised how close and invested in my marriage, husband and his huge family I had become. Both my daily and social life involved them in some way, which prior to this I’d always considered to be a positive thing, but now realised that I was now limited on who I could discuss problems like this with. I considered how awkward things could get if the history Calvin and I shared got out. I decided that meeting him was vital to putting an end to him bothering my life.

“Firstly, he drew me in really close and gave me a big hug and smile. I have to admit he smelt good and it left me flustered, momentarily.”

I decided I was going to tell him that we needed to keep our past relationship under wraps and not reveal our little secret, which amounted to me crushing on him for a couple of years and which resulted in a mere fortnight of actual dating. As far as I could see, nothing good would come of it and so I psyched myself up ready to draw a line under the whole mess.

I promised myself to also confront his habit of secretly winking at me. Fair enough it was cute when I was young and adored him, now it was inappropriate, especially as I was no longer interested in him in that way. 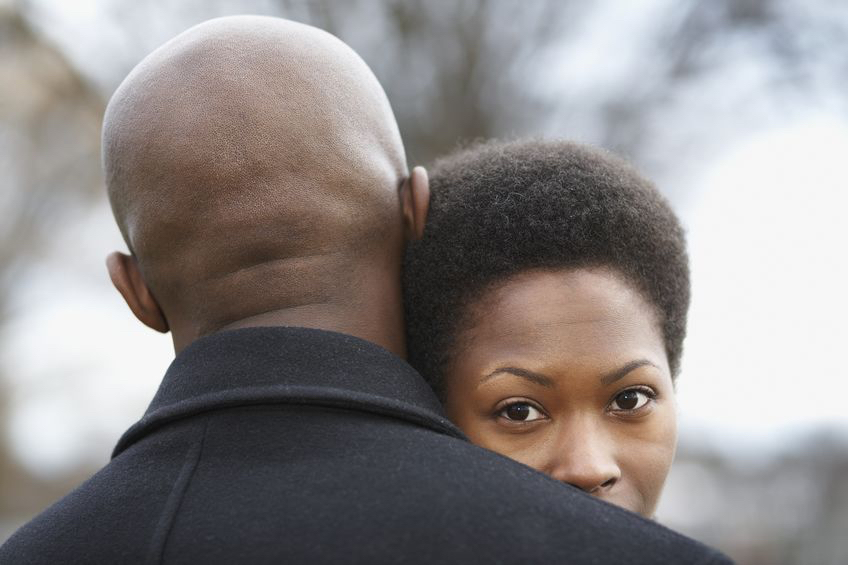 However, ‘coffee’ did not go to plan. Firstly, he drew me in really close and gave me a big hug and smile. I have to admit he smelt good and it left me flustered, momentarily. Then he hit me with it. Calvin told me he was a different man since our uni days and that he had never been happier now he was with Carrie! She was the woman he’d been waiting for his whole life! It turns out they had actually been seeing each other for close to a year, although only recently did things start getting serious. Carrie [my sis-in law] would be moving into his home soon and he had plans to propose. He was in it for the long haul and knew she was THE ONE.

Furthermore, he had promised Carrie to always be truthful in their relationship, and he felt that he now had no choice but to tell her everything, so their future could continue to be based on trust.

He told me he only wanted to meet to let me know his intentions so that I could also have the same opportunity to tell Brian [my husband] if I hadn’t already. He wasn’t going to budge, he’d made his mind up, he was going to tell her about our fling just so that he didn’t have any secrets to hide.

I couldn’t believe my ears! He wanted to say something! Clearly NOTHING good would come of him spilling the beans for my marriage. As far as I was concerned it was a ridiculous plan with little benefit and lots of problems. Especially for me.

I was furious and hoped he was bluffing. I decided to question his supposed happiness by asking what all the winking and staring was about. He just laughed and casually claimed that the winks were him trying to reassure me that he wasn’t going to say anything during the family occasions. He said his actions were all about easing my discomfort in those moments, considering we couldn’t speak directly and had nothing to do with him still being attracted to me. Not that I had any hopes that he still liked me but….hmmm!

The coffee meet ended with me begging him not to say anything, but he said his hands were tied and he just wants to be honest because a lie would forever ruin the foundation he has built with Carrie and he won’t do that to her.

I am devastated. There is no way I will come out of this looking anything other than bad if Calvin goes ahead with his big reveal. He has nothing to lose, being a man, his reputation won’t be compromised by his act of ‘honesty’.

“My poor husband, would he be able to get over the fact that his sister’s partner has been intimate with his wife.”

For him, the worst case is if Carrie finds the situation too uncomfortable, he can just move on with his life, but the damage will remain for me. There’s no moving on for me from my husband and children.

It seems all so unfair to me. All I can imagine is Carrie feeling like I still want a chance with her man whenever the family meet. I can’t bear the judgement from my in-laws who will likely think of me as a desperate bunny boiler and it just makes me cringe at the thought.

My poor husband, would he be able to get over the fact that his sister’s partner has been intimate with his wife. I am not sure how it will affect our marriage.

Calvin gave me a few weeks to say something, as he made it clear that he wants everything in the open by the time Carrie is due to move into his apartment. He’s confident his relationship can survive this, and he hoped my marriage will too.

Perhaps I am over thinking this whole thing and it won’t be such a big deal in my marriage as I haven’t actually done anything wrong and this pre-dates Brian. Am I making a mountain over a molehill?

I don’t feel I have anyone else to ask advice from who isn’t closely linked to my marriage in some way. So, any help is appreciated.

Well, well, well! What should Kelly do? Please comment below.

She did it first: Jennifer Hosten, the first Black woman to win Miss World