“When you get your platform, you can do whatever you like with it. I’ve got a feeling in about 10 years, you’ll be sitting in a chair, just like the one I’m sitting in, in a house that your bad show paid for, and some girl 20 years your junior is going to be sitting across from you, telling you how to do your job!” 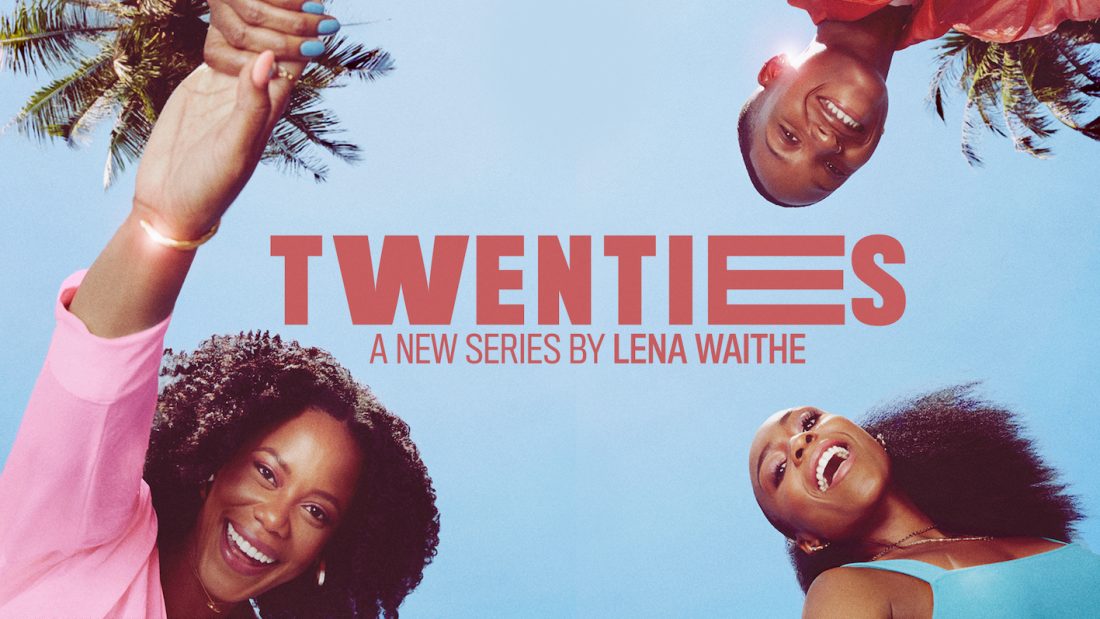 That statement from one of the characters in Twenties, the rousing new show from BET networks hit hard! Lena Waithe, the creative genius, executive producer and creator of the fast paced and beautifully shot new series certainly knows her way around a script.

Not pausing for breath after her directorial debut success with Queen & Slim, Lena’s Twenties is an extremely relatable and absolutely hilarious coming of age comedy that will appeal to both millennials and hip, generation x viewers. With the plentiful pop culture references, and old school soundtrack and a scene that showed the characters catching an outdoor All About Eve special [I have found my people!], the show’s themes include; sexuality, race, relationships and the difficulties of being in your twenties and that’s only just the tip of the iceberg.

No doubt there will be comparisons between the series and Insecure, another twenty-something series with Black leads at the centre. There are similarities, the best friend’s that have each other’s backs through sick and sin, and the young protagonist struggling to find herself, but I have longed for the day when there is more than enough room at the top for many versions of the Black experience. And Twenties is certainly another viewpoint, with the opening scenes of the first episode setting up the main character Hattie as an out and out lesbian who’s in a relationship with straight woman!

transforming this reality for everyone involved ✨premiering March 4th on @BET x @HillmanGradProductions.

This is a story for current times. After finding herself homeless and down on her luck, Hattie, an aspiring screenwriter, is fortunately introduced to IDA B., a powerful writer and producer who finds a soft spot for Hattie, giving her the opportunity to work with her as a writing assistant. She certainly reminds me of someone… I’m looking forward to seeing more of Ida B.’s character, she’s the one who made the boss statement at the beginning of this review. Now, that’s a viewpoint I can totally relate to.

Twenties will be coming to BET in the UK on Friday 6 March 2020.