When it dropped last August, the Queen & Slim trailer depicted a perfect formula of dark and visually compelling scenes that set off the film’s two dark-chocolate-skinned British leads perfectly. When you throw in the fact that it’s a first-time director gig for Lena Waithe and it was produced by the hip Melina Matsoukas, anticipation levels were high. Melan contributor Oliver Taylor caught a preview and spills on whether the film lived up to all the hype.

I won’t lie. I was excited to be going to see a film about a beautiful Black couple, by award-winning Black writer Lena Waithe, and with a packed audience of Black people at a MASSIVE screening.

We wrote a preview a few months back when the trailers came out, showing us a regular Black couple on their first date, caught up in a crime scene so familiar (police brutality), yet, so unlikely (they escape), with a soundtrack (which includes THE Lauryn Hill) so smooth, warm and distinctly Black, we knew it was a film for us.

I went to the screening, on a chilly night, with a diverse audience showing up. Four Black women were sitting in the row in front of me. They had perhaps come together to celebrate the depiction of a version of Black femininity that we rarely see on the big screen. A version that isn’t stripped back, sassed up or villainised, but rather allows a Black woman to be a Black woman, in all her complexities.

And for goodness sake, it’s about time. There are films out there that make reasonable efforts with their casting and characterisation of Black womanhood, and present Black women as complex, rich and nuanced. Let’s be honest though, they are few and far between.

No doubt all of this would have been front and centre for director Melina Matsoukas too. In 2016, she won several awards for directing Beyoncé’s Formation video. However, this was her first feature film. She’s previously worked with Waithe before on the “Thanksgiving” episode of the critically acclaimed TV Show Master of None, winning an Emmy for it. As an aside, that episode is a poignant depiction of another version for Black femininity, a Black lesbian within a Black household.

Back to Queen & Slim: my musings around the motivations of why people came to watch the film soon vanished as the film got rolling. Though I felt weary around the racial injustice (the social message of the film), I was inspired by the power of love and sacrifice.

In terms of the plot, it’s a story of two strangers Queen (Jodie Turner-Smith) and Slim (Academy Award® nominee Daniel Kaluuya), who are stopped by a white police officer for what seems like a routine traffic stop. The officer gets agitated and tries to arrest Slim when the whole encounter escalates, with Queen getting grazed with a bullet from the cop causing Slim to shoot the cop in self-defence. Fearing for their lives and faced with prison or a worst death, the pair must think fast. Should they turn themselves in or run? Torn, Slim believes the former, whereas Queen believes in the latter.

What ensues is an adventure, of two outlaws, who fall in love, on the road. 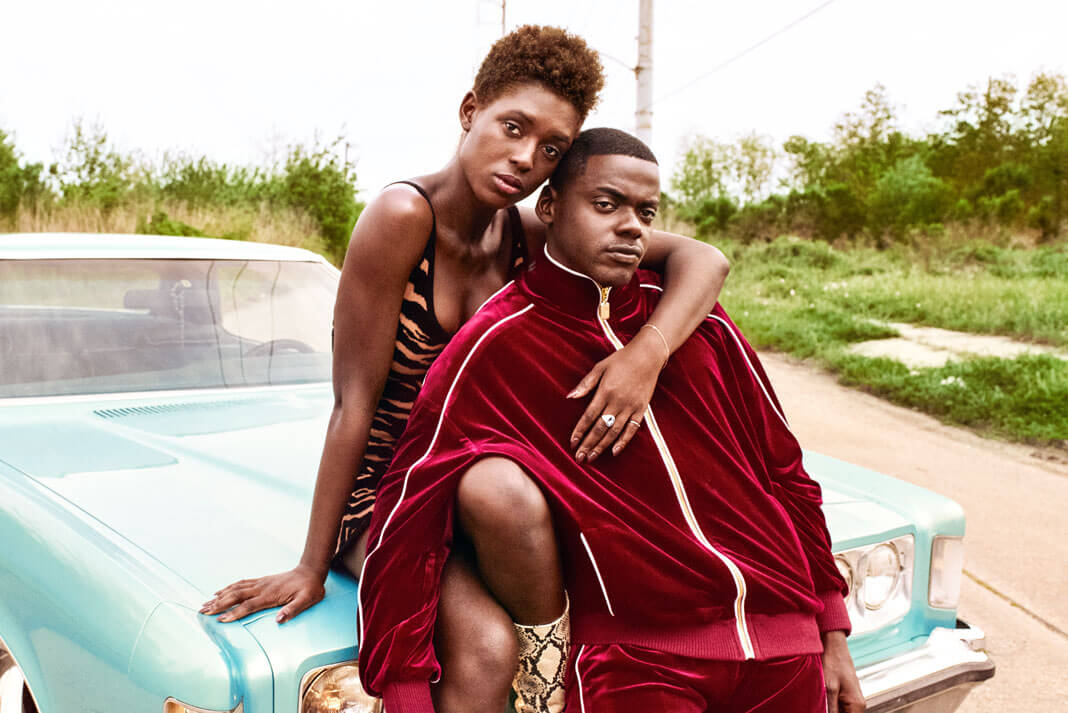 Jodie Turner-Smith’s previous career as a model shows. The catwalk confidence, the charisma for the audience has translated well onto the silver screen. A key point in the film sees Queen take out her braids, leaving her with short hair, and she changes her outfit. The changes in her appearance marked a shift in her character. Signifying a different side of her coming out and we begin to see a more urgent, conscious and vulnerable side of Queen. She blossoms into this carefree spirit, and we see a new ride-or-die aspect to her.

The broader social commentary of the film speaks to regular Black people who get caught up in injustices and an unfortunate number end up becoming a symbol for a movement. It’s what we see in the UK too, with unarmed Black men’s lives taken at the hands of racist police, whose faces end up on T-shirts and merchandise. Symbols that represent a movement, like Black Lives Matters, a movement that the individual who lost their life has no idea that they will be a part of.

“So smooth, warm and distinctly Black, we knew it was a film for us.”

It’s great to see that the film makes financial sense too, making $15.8 million in the US during its first five days, and has made over $40 million in US sales to date. At a modest cost of $20 million and created by Universal Pictures, the film has certainly proved, once again, that Black films can be profitable too.

Needless to say, Queen & Slim was everything we anticipated and more. I might even watch it again.

“I hope they love South Africa like I do”, new BBC doc for Oti Mabuse

@Melanmagazine
These are our top 5 hair moisturisers by British Black-owned brands. https://t.co/ZqisvvQdC4 https://t.co/5uC0t7SNnI
about 1 hour ago
Do you like the sound of plumper, smoother, softer skin with the added bonus of fewer fine lines? Hyaluronic acid m… https://t.co/blrOYsPMqm
8 hours ago
Follow these 5 tips to keep your natural hair looking and feeling wonderful https://t.co/xAcSM6NyJB https://t.co/RqKLR5dves
13 hours ago
Your next dining experience- Pho & Bun. https://t.co/xzP13gh1yO https://t.co/ZTvmSFieYd
yesterday
Why we should be eating more salads for better health: Try these 3 simple recipes. https://t.co/hnniBF4qbo https://t.co/UfEufWT5Za
yesterday
Follow