Rosanna Amaka’s debut novel, The Book of Echoes, is an instant classic. Irenosen Okojie, author of Butterfly Fish described it as “A searing, rhapsodic novel…. filled with beauty, devastation and the power of ancestral connections that ripple through the ages.” Twenty years in the writing, we caught up with Rosanna to find out more about the novel and the journey to get it published.

The Book of Echoes is an exciting, beautifully written book. It begins more than 200 years ago in Africa, when a young woman tosses her infant son to safety as she is hauled away by slavers. Her spirit finds its way to England where Michael is trying to stay out of trouble as riots spit and boil down the streets of South London. Finally, we meet a servant girl named Ngozi, who’s from a sun-baked village in Nigeria, where she is struggling to escape her low-caste status.

Rosanna’s narrative prowess binds the invisible threads that draw the three protagonists together, and the reader ponders how they can overcome the traumas of the past when they are woven, so inextricably, with the present.

In the interview Rosanna told us she faced this real-life paradox when she contemplated the South London community she grew up in and how its gentrification is entwined with the often-overlooked legacy of slavery and colonialism. 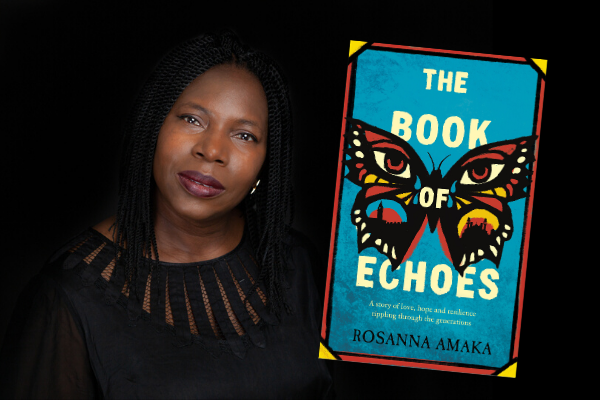 Read more of what she said.

How did you get the idea to write this book?

The idea for the book came about over twenty years ago when I was working in Scotland as an engineer. Before moving to Scotland, I had lots of ideas milling around in my head and wanted to write something that gave a voice to the Brixton community I had left behind in London. I also think I was a little homesick. So, when I moved into a flat with no TV, I thought it would be a wonderful opportunity, and so I put pen to paper. Michael emerged first, then Ngozi and her life in Nigeria. I fell instantly in love with both of them and ran home in the evening to find out what would happen to them. I finished the first draft in six months.

What does “Book of Echoes” mean?

It means it is a book full of echoes. Echoes that lock us into repeating the same mistakes over and over again. It is about how the echoes of the past, of history and of pain, reverberate through the generations, and about how the choices we make today have the potential to either heal or continue to reverberate into future generations.

“It took me over 20 years of rewrites, rejections, and not giving up, to finally get a publisher.”

Why did it take you so long to write? 20 years is a long time and how did it feel too finally finish it?

As I said, I wrote the first draft in six months, but it took me over 20 years of rewrites, rejections, and not giving up, to finally get a publisher. After twenty years I had given up on getting it published the traditional route and had started to go down the self-publishing route. It was while I was getting the document ready for self-publishing that I came across an old rejection letter from the late nineties, and right at the bottom of the letter it said keep in touch. So, I thought, what do I have to lose, so I did, and the rest is history.

How different or the same are you from when you first started writing it?

I was in my twenties when I started. Now I’m twenty years older. At the time when I began to write I was a single serious-minded career woman, who thought to a certain degree that she understood life. Now, I’m older with much more responsibility, but with more of a carefree and fun-loving attitude than I ever had when I was younger. Life has taught me that nothing is as certain as you might think. Several people I used to know, particularly amongst the older generation, have passed away, and I have been shocked many times over, both by the good things, and by the bad things that have happened to our communities. I also think the book reflects some of the wisdom and changes in outlook that time and experience can bring.

“Now, I’m older with much more responsibility, but with more of a carefree and fun-loving attitude than I ever had when I was younger.”

Why is it important that you tell this story?

It is important that I tell this story, one, as a way of recording our more recent history, before gentrification, globalisation, and the passing away of the older generation changed our communities. Two, to help open up a multigenerational conversation within families about their individual family history and the passing on of that knowledge to the next generation before it is too late. Three, like Ngozi and Michael, for younger people to understand that knowing your history can give strength and better understanding of self, and to reinforce the belief in the redemptive power of love and hope.

I grew up in and around Brixton, but also spent a few years as a child in Nigeria, so in the book I wanted to give a real feel of the changes in both places.

In both Brixton and Nigeria there was a real sense of safety and strong family connections. For example, Marcia, a character in the book talks about going to Brixton Market and not being able to get very far because there was always someone that knew her or her family that she would have to stop to talk to. She also talks about some of the local businesses that have unfortunately disappeared. Also, through Ngozi and Marcia, you also get a real sense of what it was like to move around in a space where almost everyone knows you and you know almost everyone.

I thought it was important to show these worlds, so people can see the similarities, as well as the differences between themselves, and to enable a view of gentrification on a micro/local level and on a global level. 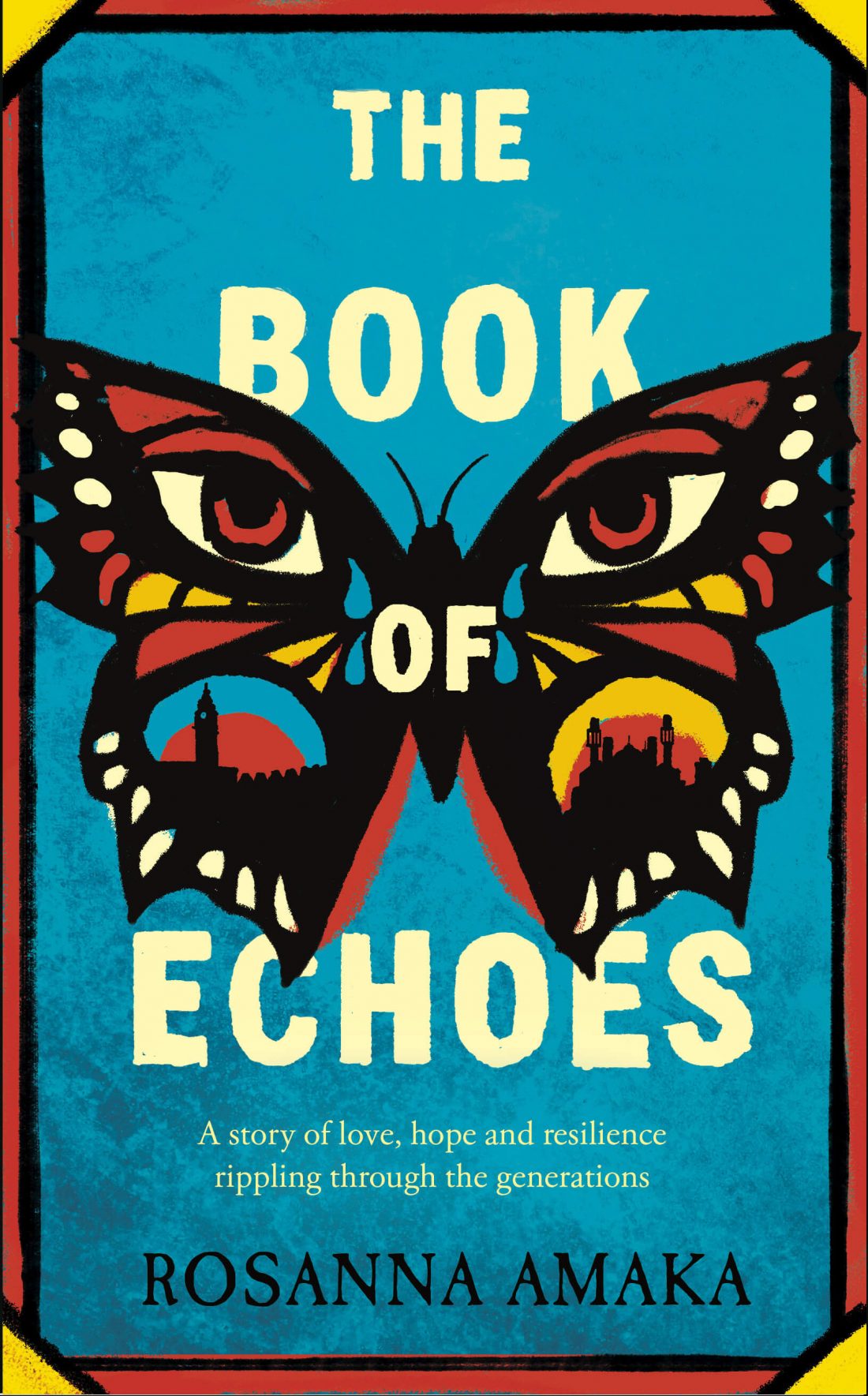 What were the biggest challenges in writing this book?

The biggest challenge was building the micro worlds that they lived in, and getting across a sense of realness and continuation, even when the Narrator wasn’t watching.

“.. knowing history and the way it has played out for people of colour, it is usually a case of two steps forward and one step back, but that shouldn’t stop us..”

Who are some of your literary heroes and why?

There are so many, to name a few; Chinua Achebe, J California Copper, George Elliot, Toni Morrison, Roddy Doyle, James Baldwin. I think they are my heroes because they all in their different ways wrote about ordinary people/ characters that I either recognised, understood or empathised with in some way. I admired their skills in being able to capture humanity on paper.

Do you think the tide is turning when it comes to women of colour being more heard in the literary space?

I would like to think so but knowing history and the way it has played out for people of colour, it is usually a case of two steps forward and one step back, but that shouldn’t stop us from continuing to push forward.

What are you working on next?

I am working on my second novel. I cannot talk about it at present.

What would you say to an older, woman of colour who aspires to write but is holding back?

Go for it. There are stories and things that you lived through, and that you know that we are waiting to hear about and learn from.

The Book of Echoes by Rosanna Amaka is published by Doubleday, £12.99, and is available from 27 February 2020 at Amazon and all good bookshops.

Here’s a new Amazon Prime series to add to your watchlist: Hunters