In the wake of the ongoing spat between two of grime’s heavy weights, pioneer Wiley and heir to the throne, Stormzy, Cherise Rhoden reflects on the inevitability of having to pass the baton to the next generation and how we likely play muted versions of the same scenario in our workplaces and careers.

Okay, we’re grown, we’re classy, we’re entrepreneurs… check! But hands up if you occasionally daydream about the days when you would be found bubbling to grime or garage, going to underground clubs with your girls, fancying Asher D From So Solid or admiring Foxy Brown’s latest ‘artistic’ poster image all the while delighting in the fact that your parents didn’t understand you?

What’s got me reminiscing about my youth? You might have missed the recent online grime beef between Wiley and Stormzy. But a delayed return to work saw me stumbling upon the online spat and it sparked my philosophical juices as I got a chance to analyse the layers and it occurred to me that at its crux, it is all about holding and maintaining title and weight within an industry. Foxy Brown and Lil Kim or Biggie and Tupac anyone?

Now on the surface, you may think it’s got nothing to do with you and your peers, and for those of you who caught some snippets, via Instagram or your cool kids, nieces or nephews, the misogynistic tones likely put you off altogether (a whole other article required to explore another time!) as the back and forth between Wiley and Stormzy heightened the topic, eventually hitting mainstream media outlets with Peter Andre chipping in about keeping mums out of it and consequently getting slammed for not fully understanding the multi layered levels to the battle!

“The issues around the grime battle can comfortably translate to the office environment and work industries..”

In no way am I condoning Wiley’s musical threat to drag off Stormzy’s mums’ weave, in response to Stormzy’s lyrical admissions about harming Wiley’s brother in front of his dad, rather, I’m suggesting that the grime battle raised some themes that may resonate with us all. Hear me out… 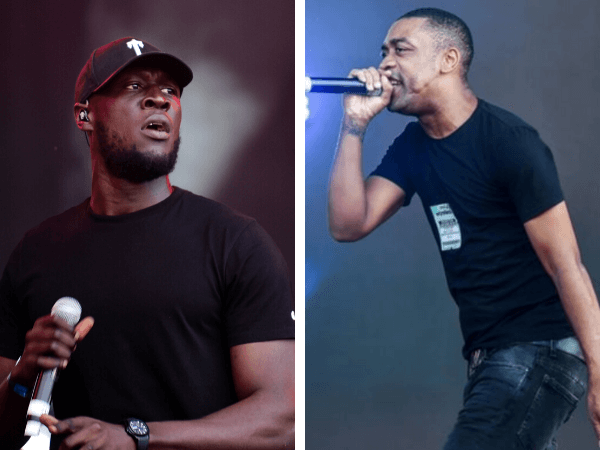 For me, it was a sharp reminder of the issues around generational workforce wars that occur not just in music but daily in our offices and businesses. The issues around the grime battle can comfortably translate to the office environment and work industries, for example, how the hierarchy of a place is established, when a CEO should be replaced and navigating what the new changes of roles represents. Newbies picking up where ground breakers started is something many of us have faced or watched from the sidelines. Or perhaps it’s something that we can relate to because it has happened to us, although you hopefully played it in a more rational way then these two musicians. Is Wiley and Stormzy’s public grime battle just a creative display of the natural order of things, relinquishing the baton to the new generation?

“How does it make you feel when after you’ve moved mountains to get your grass roots ideas into fruition and into the mainstream, and a younger up-and-coming takes your beaten track as their fast track route..?”

How does it make you feel when after you’ve moved mountains to get your grass roots ideas into fruition and into the mainstream, and a younger up-and-coming takes your beaten track as their fast track route, thus attaining superior financial success of themselves in half the time? Could you resist the urge to pen a diss track at the injustice of it all?

Or should you just graciously accept that your relevancy is changing and quietly move on into your slippers and accept your new position?

You would only be human if you considered your bold door breaking and successes the same as you would to raising a baby to adulthood in that you may have developed an expectation of your right to preserve your legacy to be upheld as close to its original form as you intended.

Wiley is a pioneer in the grime music scene. His was a time when vinyl was how music was distributed to DJ’s. I imagine his journey and can envision him literally risking his life for his art, by attending dark and dingy clubs and coming face to face with those who opposed his rise to fame to reach his audience and get radio play. He paved the way for younger stars who can now brilliantly network and DM via social media from the comfort of their home a similar style of music, cleverly uploading and streaming their way into financial security and fame.

“Are we free from having a little resentment that our younger counterparts following in our footsteps, are traversing the path with perhaps less blood sweat and tears than we endured?”

I see similarities in the working individuals of our generation. We did the same thing at the start of our careers, pedalling our CVs at various head offices and hoping to break into a field that we were passionate about but knowing how unlikely it was to be greeted with open arms and have our ideas instantly understood. While we appreciate that technology, methods and perhaps discriminatory practises are moving in the right direction, are we free from having a little resentment that our younger counterparts following in our footsteps, are traversing the path with perhaps less blood sweat and tears than we endured?

My musings reminded me of a recent scenario where this issue was central.

I took a call from a friend’s younger sister who is in her mid 20s. She had just landed a fantastic new job and was extremely qualified in her area of expertise despite her youth. She was wondering aloud to me why a couple of team members, older women in their 40s, were being hostile with her and other younger team members, particularly when she thought she would be embraced by them like a little sister, after all, she said, “they look like me”!

Convinced it was not her personal conduct, she said she had been nothing but lovely and knowledgeable, we considered other reasons for their behaviour.

To give a little context, my friend’s sister was earning a similar wage as the older ladies, but had less financial burdens and responsibilities, such as living at home and having no children. She had also already obtained her masters, whilst they had only recently obtained theirs or were working towards it.

We decided that they were probably not jealous of her, after all the wisdom, security and self confidence in one’s self as you mature is unrivalled, but we did wonder if she was a representation of an easier life journey that they simply did not experience. We could only speculate, perhaps they considered that they paved the way for her to make leaps and bounds today, maybe she was not visible to them due to the age gap and commonalities they don’t share. Who really knew, but it was an interesting topic for me at the time.

“The truth is there is always someone, and more likely, many others, who have already done the work before you, to allow you to get to where you are today.”

In all fairness, Stormzy has recognised Wiley as the original Godfather of Grime, having released a track in homage called Wiley Flow prior to the diss tracks. Stormzy has also changed the face of grime, taking it into the mainstream to the level of awareness where it has been featured at Glastonbury, although some have criticized his authenticity in the style of music and the lack of pressures he may not have faced in comparison to Wiley’s time. Not forgetting too that how we record chart hits is different from back in the day.

Stormzy has been fearless when expressing his political opinions and supporting young Black people when others may have not used their platform for such important issues and he is adored, rightly so. Wiley is also adored, but mostly by a generation who are old enough to grasp and appreciate his pioneer achievements.

In the female space, a similar story played out between Nicki Minaj and Lil Kim. In her up and coming years, Nicki Minaj acknowledged Lil Kim’s influences as a musician, but some behind the scenes backbiting by the female leaders eventually took place which led to a long-term industry battle between the pair transcending to both fanbases.

Nicki’s style and star quality continued to evolve over the years, however, she faced her own adversary when her undefeated crown holder title was challenged in the female rap scene, and a new duel ensued between her and new kid on the block, Cardi B. Okurrrr!!! And so the cycle starts again.

Another aspect that we must consider is the transformation of Puff Daddy, P Diddy or Puffy (your age will determine what you call him!) He has taken on the role as an elder in the industry. His style encompasses greeting up and coming stars publicly, directly embracing their newfound fame and even attaching himself to their brand, via photos, gifts and party invites as a sure-fire way to demonstrate his support for new artists. A positive consequence is that he is keeping himself relevant and at the same time maintaining his position in current culture, and maybe the way to go to avoid a public diss.

Does handing the baton on to the next trailblazer after a lifetime’s work and dedication need to be as complicated in real life as it is seemingly in the music industry? How long should one praise others work ahead of tooting your own horn when you have also created your own lane and in the words of The Black Girl Bible …. are ready to slay in it?

The truth is there is always someone, and more likely, many others, who have already done the work before you, to allow you to get to where you are today. With each generation, the path gets easier to walk, but you will still require stamina to go the distance.

Yes, we should have the opportunity to stand on the shoulders of giants building on previous discoveries, however if you are the visionary you may feel a little different when someone is hot on the heels of your legacy whilst you are still in the actual building.

This battle, so early in the new decade should remind us of the importance of constantly moving forward and turning back to lend a helping hand to those coming behind. But don’t forget to fully enjoy the pole position whenever you get there.

Thinking about turning vegan? This expert tells us what we need to know