Whether they are trying to counter any food excesses at Christmas, one of the most indulgent times of the year or thinking about making a more permanent health choice, many people are giving their bodies a break by going vegan. We bring you exclusive advice from a medical expert about the key things to consider if you are thinking about turning vegan. 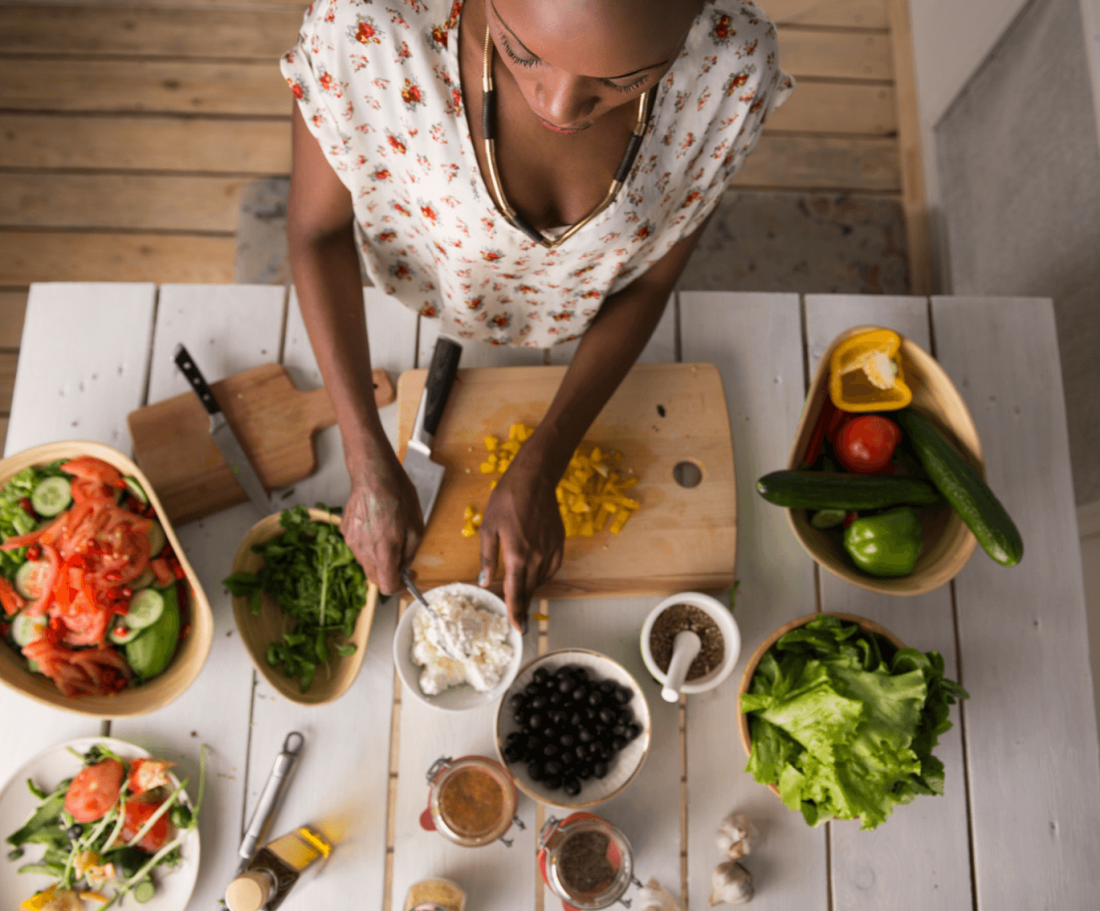 After weeks of indulging in delicious rich meals during the festive period, many people are signing up to the increasingly popular Veganuary, where they become vegan for the month of January. They won’t be alone. It’s estimated that there are more than 600,000 vegans in Britain, eliminating meat for a plant based diet.

When even popular chain restaurants like Greggs, Subway and KFC are releasing substitutes for popular meat dishes, following a plant-based diet has never been easier. But what do we really know about the effects of a vegan diet on our health? We spoke to Dr Daniel Fenton, Clinical Director at London Doctors Clinic, who gave us the lowdown on everything you need to know about going vegan…

A vegan diet involves eating only food products made from plants and avoiding all foods or food products sourced from animals. In addition to the health advantages of a plant-based diet, many vegans also want to embrace a plant based diet because they want to take better care of the earth’s resources and the environment, ethical issues about animal care and concerns about the health impact of widespread antibiotics and growth hormone use in animals.

“Several observational studies show that vegans tend to be thinner and have lower body mass indices (BMIs) than non-vegans.”

What are the health benefits of a vegan lifestyle?

A more varied and balanced diet

Dr Daniel Fenton said: “Eliminating meat and animal products will inevitably lead you to rely more heavily on other foods. Substitutes usually take the form of whole grains, fruits, vegetables, beans, peas, nuts and seeds. Since these foods make up a larger proportion of a vegan diet than a typical Western diet, they can contribute to a higher daily intake of certain beneficial nutrients.”

A welcome natural tendency of vegan diets is a reduced calorie intake. This makes them effective at promoting weight loss without the need to actively focus on calorie restriction.

“Several observational studies show that vegans tend to be thinner and have lower body mass indices (BMIs) than non-vegans. In addition, several randomised controlled studies — the gold standard in scientific research — have reported that vegan diets are more effective for weight loss, than the reference diets they were compared to.”

“Going vegan may also have benefits for the prevention of type 2 diabetes. Vegans tend to have lower blood sugar levels, and up to a 50–78% lower risk of developing type 2 diabetes.”

Eating fresh fruits, vegetables, legumes and fibre are linked to a lower risk of heart disease.

“A vegan diet ensures all of these are generally eaten in large amounts. Observational studies comparing vegans to the general population report that vegans may benefit from up to a 75% lower risk of developing high blood pressure, and an up to 42% lower risk of dying from heart disease.” 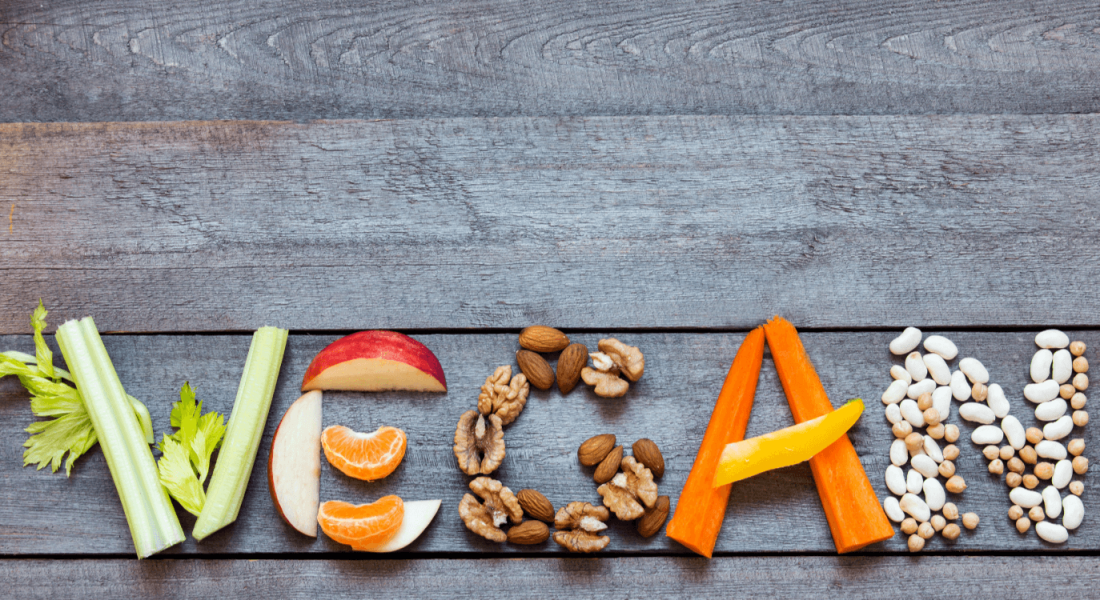 According to the World Health Organization, about one-third of all cancers can be prevented by factors within our control, including diet. For instance, studies have shown that regularly eating legumes, may reduce your risk of bowel cancer by about 9–18%.

Dr Fenton said: “Research suggests that eating at least seven portions of fresh fruits and vegetables per day may lower your risk of dying from cancer by up to 15%. Vegans generally eat considerably more legumes, fruit and vegetables than non-vegans. This may explain why a recent review of 96 studies found that vegans may benefit from a 15% lower risk of developing or dying from cancer. Vegan diets generally contain more soy products, which may offer some protection against breast cancer.”

“Vegans tend to have lower blood sugar levels, and up to a 50–78% lower risk of developing type 2 diabetes.”

Are there any health risks associated with a vegan lifestyle?

Animal products are important sources of protein, non-saturated fats, iron, vitamins, and minerals in standard Western diets. Vegans are required to find alternative sources of these nutrients, and poorly planned vegan diets may provide insufficient amounts of the following nutrients:

Diets that do not include fish, eggs, or sea vegetables (seaweeds) generally lack the beneficial Omega 3 fats EPA and DHA, which are important for optimal nervous system, cardiovascular, eye and joint health. Omega 3s also keep inflammation levels in the body low. Humans are able to convert the plant-based Omega 3 fat α-linolenic acid, found in nuts and seeds into EPA and DHA, albeit with a fairly low efficiency and not in the amounts required to achieve the aforementioned benefits. Compared with non-vegetarians, vegetarians, and especially vegans, tend to have lower blood concentrations of EPA and DHA. Vegans can obtain DHA and EPA from micro-algae oil supplements, as well as from foods fortified with DHA and EPA.

This nutrient is needed to protect nerves and produce healthy red blood cells. Vegans typically have a higher prevalence of vitamin B-12 deficiency. Vitamin B-12 deficiency can result in anaemia, fatigue, mood disturbance, memory and concentration difficulty, and abnormal neurological symptoms such as paresthesia (pins and needles). B-12-fortified plant foods, such as fortified soy, seaweed, cereals, and nutritional yeast can replace lost intake. Vitamin B-12 intake can also be augmented through vitamin supplements.

“There is no greater risk of iron deficiency if you’re a vegan or vegetarian; in fact, most people on plant-based diets actually get more dietary iron.”

This is an important nutrient for absorbing oxygen into the blood and transporting it to the cells in the body. There is no greater risk of iron deficiency if you’re a vegan or vegetarian; in fact, most people on plant-based diets actually get more dietary iron. However, most people on plant-based diets usually have lower ferritin levels, which is a marker of how much iron is stored in the body. This is because heme-iron (found in meat and animal sources of protein), is absorbed in substantially higher quantities by the body than non-heme iron found in plant foods. This means that vegans have to eat substantially more non-heme iron to get the equivalent amount of iron from animal sources.

Dried beans and dark leafy greens are rich sources of iron and vitamin C, which improves the absorption of non-heme iron. Using a cast-iron skillet to prepare meals is a good way to increase the iron content of food.

This mineral is crucial for bone health and skeletal development. Vegans are at risk of falling short of the recommended daily intake for calcium. Eating more tofu, tahini, almonds and green, leafy vegetables can help to top up calcium levels.

According to guidelines issued by Public Health England, adults and children over the age of one should have 10 micrograms (mcg) of vitamin D every day during the winter months. This means that some people may need to consider taking a supplement or ensure a sufficient intake of foods fortified with vitamin D.

Deficiency of this mineral can lead to hair loss, poor healing of wounds, immunological problems, skin problems and reproductive hormone imbalance. Vegans are often considered to be at risk for zinc deficiency due to the high phytate content of a typical vegan diet. Phytates – a common component of grains, seeds, and legumes, bind zinc and decreases its availability for absorption by the body. Nuts and seeds are excellent sources of zinc, some of the best being pumpkin seeds, sunflower seeds, walnuts, cashews, almonds, pecans, chia seeds, and hemp seeds.

Most people know that the maintenance of healthy muscles requires a sufficient intake of protein. However, all of our body’s tissues and organs require protein for general maintenance, and for making new cells. Our bodies require different types of protein in different tissues and for different functions. Proteins are made up of building blocks called amino acids. When we eat proteins, they are broken down by our digestive tract into individual amino acids, which are then absorbed into the bloodstream.

Amino acids are transported to our organs and tissues where they are rebuilt to form the exact protein we need, in the right place. Our bodies are also capable of converting one type of amino acid to another. There are certain amino acids which are cannot be produced by the body, a.k.a. essential amino acids (EAAs), and which can only be found from dietary sources. All animal-based proteins are complete sources of protein as they contain all of the EAAs required by the body. EAAs are not all present in any single plant-based food.

Therefore, replacing meat in the diet should be done by introducing (or increasing) intake of a range of vegan foods to make sure all EAAs are covered. Knowledge of which foods to mix together is therefore crucial for maintaining optimal health and functioning. It is also important to stay away from nutrient-poor, fast-food vegan options. Instead, base your diet around nutrient-rich whole plants and fortified foods. 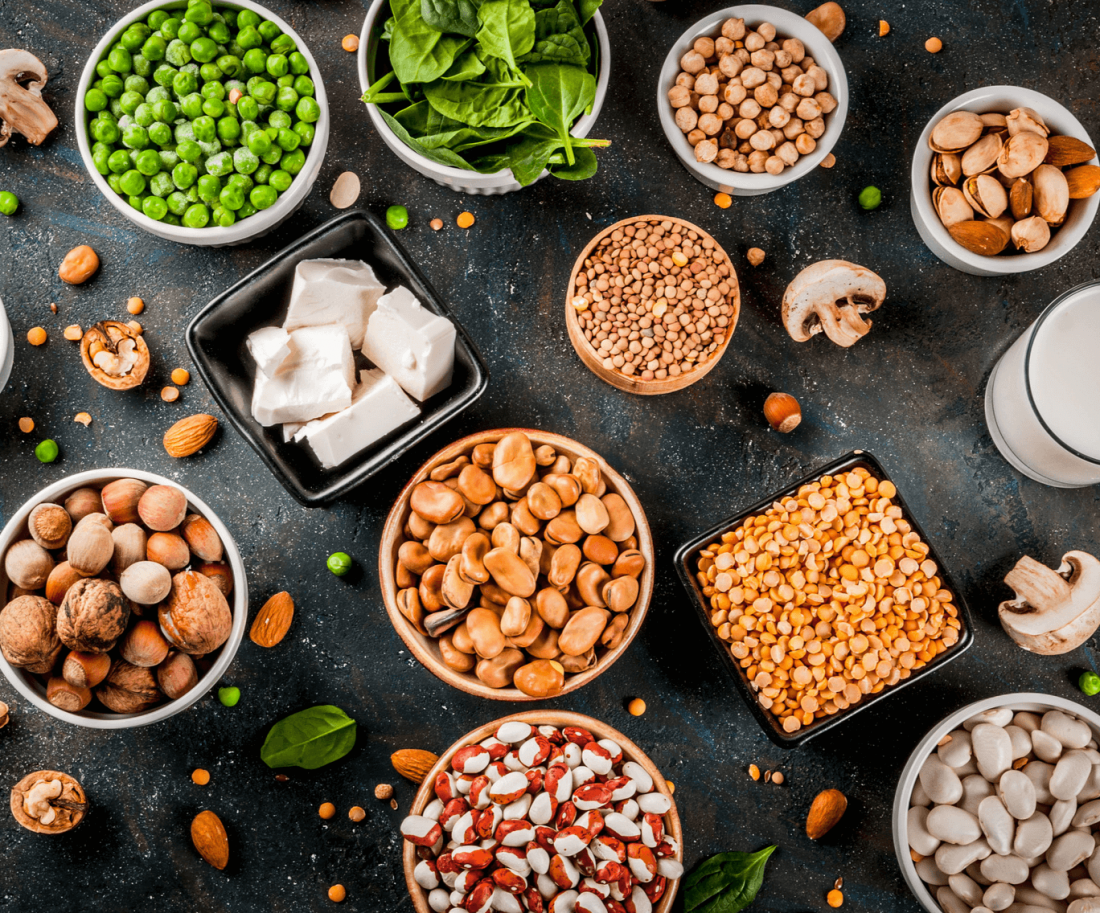 How do I know if I have any nutritional deficiencies?

Blood tests are a good way of confirming optimal internal organ function and screening for nutrient deficiencies and are easily accessible through your GP.

How often should I have this test?

For most people it would be beneficial to have these parameters checked annually. Your GP is the best person to determine whether you need additional tests, or more frequent testing, depending on your health status and individual needs. These tests are also useful for determining whether you require vitamin or mineral supplements, and to monitor your response to nutritional supplementation.

Please consult your doctor if you have any concerns about your health.

Opinion: What can we learn from the case of the beefing grime artistes?

@Melanmagazine
Palette is a book for the women who have, for so long, been left out of the beauty conversation. ''Palette, is a c… https://t.co/YOhir2BWG2
7 hours ago
When we talk about arthritis, many of us think it’s an illness that affects only the elderly, but the truth is that… https://t.co/Go5d4oP76a
14 hours ago
Mini Chilean blueberry cheesecakes: The sweetest treat this Valentine’s Day. This mini Chilean blueberry cheesecak… https://t.co/tNjf5mqsTI
19 hours ago
Want brighter, healthier teeth? These are the six “Health Trends” to avoid. ''Charcoal [toothpaste] may even contr… https://t.co/6Ifg9ecpjn
yesterday
Get the lowdown from this diary of a Black woman, on holiday for two weeks in Thailand. “Another day spent in the… https://t.co/6DpTTFcdio
yesterday
Follow