One of the top four destinations of Morocco, other than Marrakech, Casablanca and Fes, is the so-called gateway to Africa from Europe: Tangier. The Moroccan port on the Strait of Gibraltar is famous for its whitewashed hillside medina and is the home of the palace of the sultans, Dar el Makhzen. For those doing a southern Spanish trip with plans to end up in Marrakech, stopping in Tangier for a couple of days is an unmissable part of the route.

Here’s what to do with 48 hours in Tangier.

Tangier is hilly so be sure to get your walking boots on. Going in through the Bab Haha gate, the cobbled streets will impress you at every corner; the alleyways are both residential and commercial with people living and selling goods on the streets.

You can take a map, but you won’t need one as wandering through, you’ll get pleasantly lost but not too lost as it’s quite small. Walking through, you’ll find the 17th-century palace, now transformed into a museum and located off the Place du Menchoar. At the top of the Kasbah, the views are immense as you can look across the water to Europe in the distance. For a sunset photography opportunity, this is definitely where you need to be.

Visit The Grande Mosquée Of Tangier

Where the Grande Mosquée Of Tangier stands was a fifth century site of a Roman temple and after Portuguese invasion was turned into a Catholic cathedral but during the eighth century, was turned into a Mosque. Since then, it was converted back into a church and then a mosque again so the changes of hands make it a very interesting-looking building and tells the story of the city’s history.

Take a Walk on the Beach Promenade 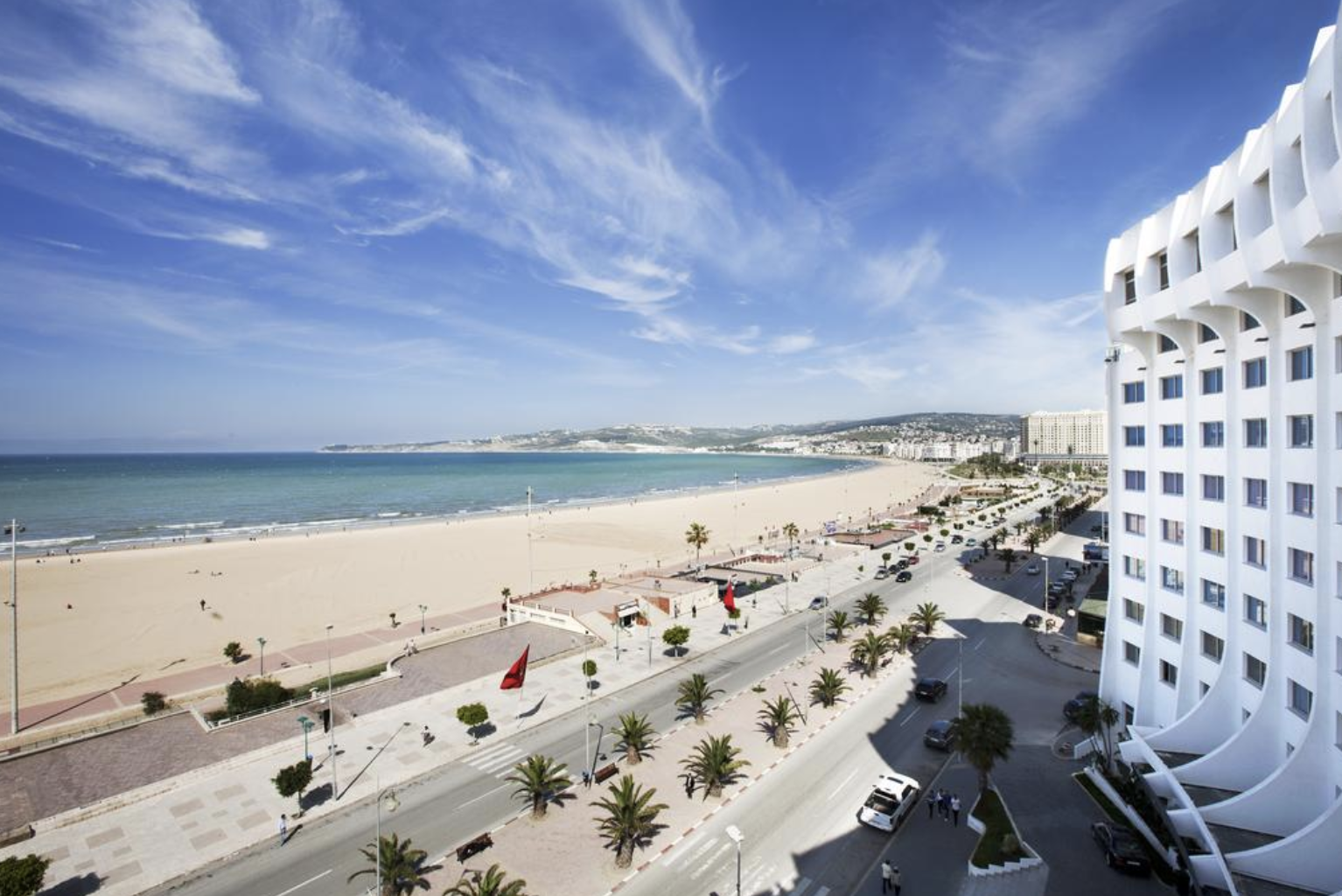 As tourism grows in Tangier, there are increasing investments being put into the city and the beaches have definitely seen a lovely change. The sand is golden and the water is beautifully clear so kick off your walking shoes for a dip in the sea.

Just like in other subtropical Mediterranean climates such as Seville, oranges thrive. Tangier is no different so if you get a chance, order some orange slices sprinkled with cinnamon or a glass of fresh orange juice that will be like nothing you’ve ever tasted before.

Relax At The Grand Socco

Tangier retains all the charm of the old town but it meets new in the Grand Socco where the wide road diverges into narrow cobbled streets. The mosque and the Cinema Rif book-end the Grand Socco and you’ll be able to shop til you drop here. Fill your basket with kaftans, pottery, dried roses, herbs and fresh food. The central fountain is surrounded by benches so you can sit and eat dates and oranges, soaking in Tangier’s unique atmosphere.

Watch A Film At The Cinema Rif

It’s the more edgy side of town where artists, students and creatives hang out during the scorching afternoons. Located one end of the Grand Socco, it’s a focal point that serves drinks and showcases French and Arabic films all throughout the day. It’s an ex-colonial style building and delightfully rough around the edges but oozes character, much like the city itself.

For more information on Tangier, Visit Much Morocco

Here’s what you need to know about Lupus

@Melanmagazine
These are the simple things parents can do the night before their child’s exams to help ease their anxieties and st… https://t.co/CsmOkhHt5U
4 hours ago
RT @WomenOfTheLens: Catch up on the highlights of the 2 days of our packed programme of entertaining film, important discussion and product…
6 hours ago
@fpcomms https://t.co/LG6MOLKqmc
6 hours ago
RT @momtazbh: "It's all about the graft and the craft.' Break a leg @athenakugblenu whose one woman show Shaking Her Class kicks off today,…
6 hours ago
“Game-changing” Black businesses and creators are at the heart of ‘Black to Z’ an uplifting new campaign led by Pin… https://t.co/ST6ExAojrY
10 hours ago
Follow