Comedian, presenter and celebrated actor, Sir Lenny Henry is to make a new programme about the deep-rooted relationship between the crown and the Commonwealth, tentatively titled Lenny Henry: Commonwealth Kid.

Born to Jamaican parents who came to the UK as part of the post-Windrush generation in 1957, it’s no surprise that Sir Lenny, who in recent years has carved out a very impressive stage career, considers himself to be a Commonwealth Kid.

In the film, Lenny will examine the complex relationship between the crown, the Commonwealth and its 2.3 billion people. The programme couldn’t have come at a better time as the 2018 Commonwealth Summit takes place in London for the first time in over 30 years, making it a timely moment to explore the role of this community of nations in the 21st Century.

Lenny will set off on a tour of the Caribbean visiting the Bahamas and his homeplace of Jamaica to hear what the Commonwealth means to the people who actually reside there. In this funny and fascinating journey into the body, mind and soul of the Caribbean, Lenny will investigate the experiences of those who live so far from the UK, but remain members of this vast and populous club.

From street vendors to government officials and teachers to students, he will examine the special bond that exists between the people of the Caribbean and the UK, a microcosm of the wider relationship between all of the people of the Commonwealth. 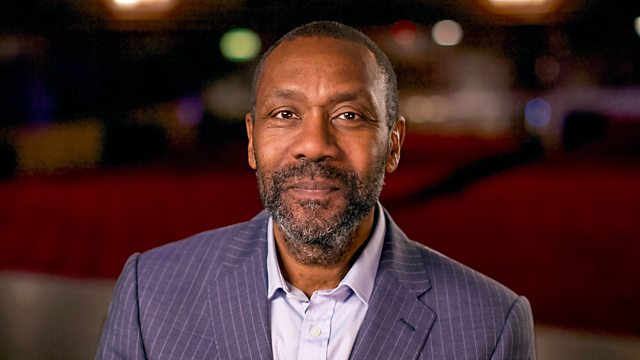 “I’m delighted and excited to revisit where my parents grew up and explore things I don’t know about Jamaica and the Bahamas especially in the context of the Commonwealth.”

The film is being made by Burning Bright Productions and Douglas Road Productions. Executive Producer are Clive Tulloh and Barbara Emile.

Take back control of your PCOS the natural way

“I spent £200k on home improvements and renovations during lockdown!”

London Literature Festival returns and the theme is “friendship”: the highlights

Isn’t it time we acknowledge the mental health toll of “living while Black”?

Back where it all began: Tim Campbell joins new series of The Apprentice

What are people saying about the King Richard trailer starring Will Smith?

“I spent £200k on home improvements and renovations during lockdown!”

London Literature Festival returns and the theme is “friendship”: the highlights

@Melanmagazine
With Black children overly represented in the care system, three families who embraced adoption, talk about the ben… https://t.co/uOFaHzreoT
7 days ago
@UzoAduba Congratulations 💛
9 days ago
Back where it all began: Tim Campbell joins new series of #TheApprentice https://t.co/4Xn1f7ZdR7 https://t.co/BIYNKbvOpN
42 days ago
Isn’t it time we acknowledge the mental health toll of “living while Black”? https://t.co/Ojhys1avky https://t.co/VDQHfQpFsZ
42 days ago
Everything we know about Charlene White’s upcoming doc “Empire’s Child” https://t.co/9lYevRCcQ6 https://t.co/i33cRizddW
43 days ago
Follow