Hope that 19-year-old Richard Okorogheye would be found safe and sound were dashed last night after it was confirmed by police that a body found in a lake in Epping Forest earlier this week is indeed the teenager. 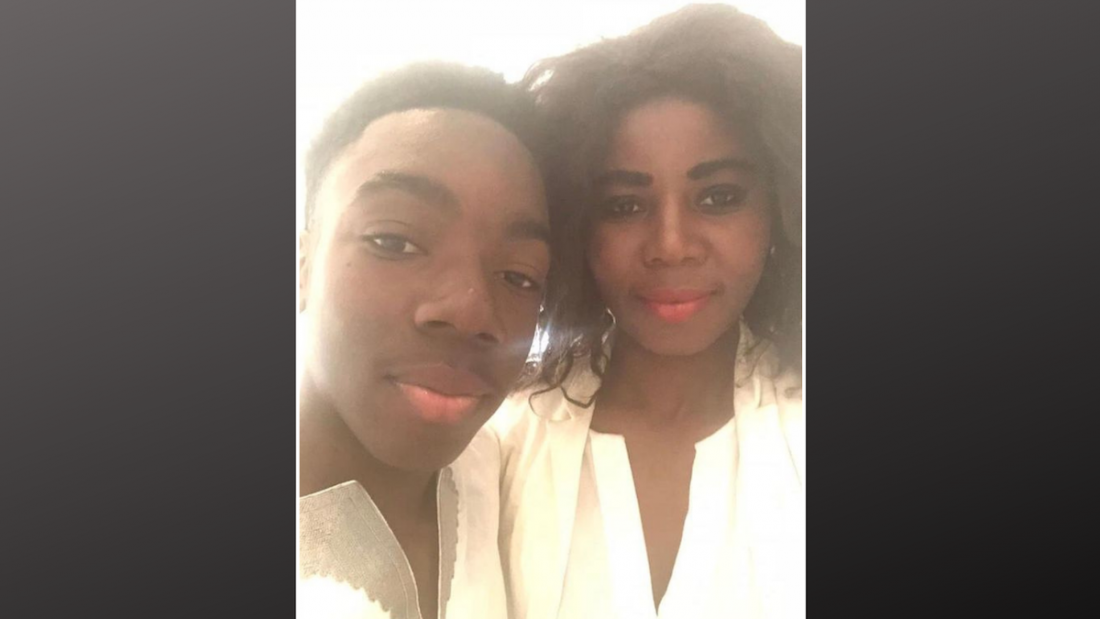 Okorogheye, a business and IT undergraduate, went missing on 22 March. He had been shielding throughout the pandemic due to having the blood disorder sickle cell and was promptly reported missing by his mum a day later.

According to MyLondonNews, Richard’s mum, Evidence Joel left for her community nurse shift on 23 March at around 7.30pm and returned by 9pm. “Around 2am on Tuesday, March 23, Ms Joel noticed Richard still hadn’t responded to her calls or eaten food she prepared for him the previous evening. That morning Ms Joel made the decision to call a locksmith to open Richard’s room which confirmed he was not there but his wallet – including bank card and bus pass – were left behind.”

She immediately reported her son missing.

A week later, in an emotional appeal she told SkyNews: “Right now I’m empty, there is nothing to look forward to. He’s taken my breath away from me.”

“We’re very close, very close. He is the only child that I have. He’s a mummy’s boy. I worship the ground he walks on. He’s my baby. He’s my treasure. My oxygen. He’s my crown. He’s everything to me. He’s the reason why I live, the reason I exist.”

“I worship the ground he walks on. He’s my baby. He’s my treasure. My oxygen. He’s my crown.”

The police handling of the case has drawn widespread criticism with many asking why it took so long to begin a search. Many drew comparisons between the perceived swiftness and urgency surrounding the disappearance of Sarah Everard just weeks earlier.

Heart goes out to Richard’s mum. I pray for comfort to surround her at this time.

I am so sorry the police didn’t behave as they should’ve when you first raised concerns.

The family have also criticised the police handling of the case with Evidence Joel telling SkyNews that the police were initially less than helpful. She said: “I told a police officer that my son was missing, please help me find him” to which she said they replied: “If you can’t find your son, how do you expect police officers to find your son for you?”

She continued: “I was expecting assurance. My son was missing, and it broke my heart.”

Appearing to respond to the criticisms, Chief inspector Clare McCarthy, of the Met’s Central West Command Unit, said: “Our officers have been working tirelessly to locate Richard, using all investigative opportunities and data inquiries, speaking with witnesses and trawling CCTV.

“We are following every lead possible and are appealing for the public to help us in our work.”

“He was taken away from me too early. The only child I have.”

On Wednesday evening, Police confirmed that the body found in the lake on Monday was indeed Richard Okorogheye. His death is being treated as unexplained and police do not believe at this stage that there was any third-party involvement.

Fearing the worst after being told that a body had been found, Evidence Joel expressed the anguish and fear of mothers everywhere. She told the Evening Standard: “My baby will never come home to his mummy again. He was taken away from me too early. The only child I have. It’s devastating and the last thing I thought I’d hear.”

Our condolences and prayers to Evidence Joel and the rest of the family. #RIPRichardOkorogheye

All that glitters: six things you may not know about gold but you should!

@Melanmagazine
Should your therapist be Black for you to fully get the benefit of the experience? Throwback to when we explored… https://t.co/AXpkFIoYMR
5 hours ago
Need something to read? Throwback to our Seven Days in June review. ''The idea of a love that started in their te… https://t.co/wTO3WR5SwB
17 hours ago
Do you struggle to switch off every night? Here are four tips for better sleep. ''The benefits of going to bed an… https://t.co/cJDzuCVuxV
yesterday
Introducing indoor plants into your home might be the new look you’re craving, but did you know that they can help… https://t.co/26RCgsmTNy
yesterday
Try these three salad recipes from raw-food chef Valerie McKen. Good health and eating well go hand in hand and i… https://t.co/3Zw82QREGM
yesterday
Follow