In recognition of International Women’s History Month (March), Sky has curated a range of programming to celebrate female talent and to highlight some of the most iconic personalities, past and present.

From inspirational female figures that have broken gender barriers and left their mark on history, to the incredible female talent, writing, producing, starring and directing stories on our screens. Here are just some of the powerful productions both from women and about women available in March on Sky and NOW TV.

Michelle and Barack were elected on a wave of euphoria, but not everyone shared in the enthusiasm of the moment and they endured vicious attacks. Blending in-depth interviews, rare archival footage and cinematic recreations, the series gives a bold revision of each woman’s traditional portrayal, revealing how they were impacted during their time in power and how their achievements fundamentally shaped American and global history.

Available from 8 March on Sky Documentaries

How it Feels to be Free

Directed by award-winning filmmaker Yoruba Richen, How It Feels To Be Free takes an unprecedented look at the intersection of African American women artists, politics, and entertainment.

The film tells the story of six trailblazing performers – Lena Horne, Abbey Lincoln, Diahann Carroll, Nina Simone, Cicely Tyson and Pam Grier – who used their ground-breaking careers as platforms to advocate for change and reshape the representation of Black women on stage and screen.

The series includes archival footage of the six women, showing how they changed American culture through their films, fashion, their music and their politics. Featuring in the series are appearances from contemporary scholars and entertainers, including Alicia Keys, Halle Berry, Yolonda Ross, Samuel and Latanya Jackson.

Available from 8 March on Sky Arts

The film tells the real-life circumstances around the case that ultimately drove political and institutional reform and increased support for victims of workplace harassment. Kerry Washington stars as Anita Hill, who in 1991 accused Supreme Court nominee Clarence Thomas of sexual harassment. The ensuing media frenzy brought the country to a standstill. 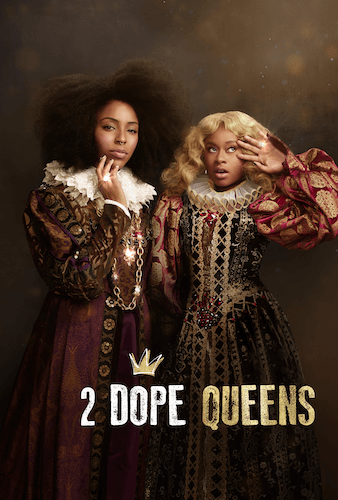 Launched in 2016, 2 Dope Queens is a storytelling podcast featuring Jessica Williams and Phoebe Robinson, along with their friends and favourite comedians, talking about sex, romance, race, hair journeys and living in New York. Famous guests include former First Lady Michelle Obama. The ladies now bring their hilarity and laugh-out-loud chat to the screen in a series of special episodes.

This narrative series is set in a limitless magical reality full of dynamic, hilarious characters.

All episodes returning from 23 March on Sky Comedy

With more than 200 million record sales worldwide, 12 Grammy Awards and the holder of the Guinness World Record for selling more concert tickets than any solo performer in history, Tina Turner’s road to global superstardom is an undeniable story of triumph over adversity.

The story of the Queen of Rock ‘n’ Roll is highly anticipated as her journey of overcoming extreme adversity to define her career, her identity and her legacy on her own terms, is well known among her fans.

Read our preview of Tina.

Amma Asante on The Color Purple: “For me, it was a watershed”

@Melanmagazine
Do you like the sound of plumper, smoother, softer skin with the added bonus of fewer fine lines? This is the skin… https://t.co/yCIBGhEVSb
44 minutes ago
Should your therapist be Black for you to fully get the benefit of the experience? Throwback to when we explored… https://t.co/AXpkFIoYMR
6 hours ago
Need something to read? Throwback to our Seven Days in June review. ''The idea of a love that started in their te… https://t.co/wTO3WR5SwB
18 hours ago
Do you struggle to switch off every night? Here are four tips for better sleep. ''The benefits of going to bed an… https://t.co/cJDzuCVuxV
yesterday
Introducing indoor plants into your home might be the new look you’re craving, but did you know that they can help… https://t.co/26RCgsmTNy
yesterday
Follow