Candice Brathwaite has spoken up via her Instagram to announce she is no longer presenting a much-needed documentary about the mortality rates of Black women in pregnancy and childbirth following months of ongoing discussion. 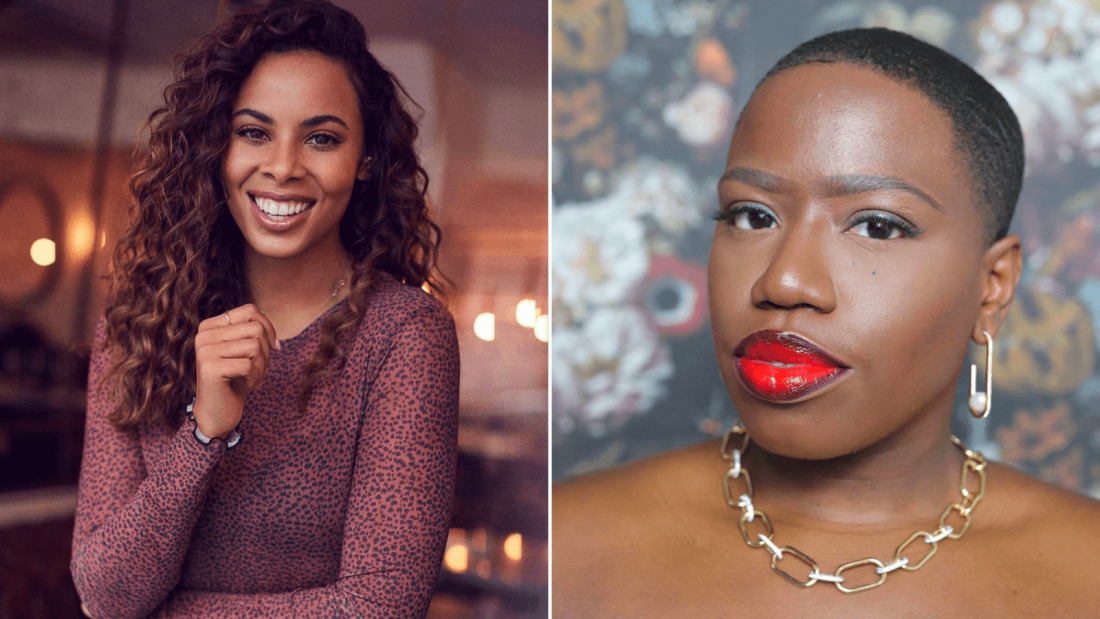 Instead, Rochelle Humes will be presenting a similar documentary, causing an outcry on social media and a discussion on colourism.

“The scales are just not tipped in favour of women that look like me and that sucks.”

“when we talk about colourism, I fall in the spectrum that has it the hardest.”

Candice Brathwaite has been an influential advocate, voicing the concerns of Black women in relation to the disproportionate mortality rates in pregnancy and childbirth, and for good reason. Black women are four times more likely than white women to die during childbirth, the highest figure among all ethnic minorities. She brought some of these issues to the fore in her best-selling book, I am Not Your Baby Mother, which we featured last June.

Uncannily, in a blog post to promote her book, Candice said: ““The problem with the erasure of Black motherhood, is that as per usual Black women are the last to get a seat at the table, let alone a slice of the pie. A whole host of Black mothers with influential voices and deep reach are pushed aside with the same opportunities being rolled out to the same faces.”

Candice had been in, “ongoing discussion for the last 9 months of the year” about presenting this particular documentary.

Four days after Candice’s IGTV, TV Presenter Rochelle Humes announced on Instagram that she would be presenting a documentary on the mortality rates of Black women in, “pregnancy, childbirth, and shortly after.”

The shift in presenters from a dark-skin woman to a light-skin woman triggered a discussion on social media as to why Candice was “replaced” by Rochelle, with people commenting on the implications of colourism and silencing dark-skinned presenters when issues concern them.

Some discussion on the matter voiced that Rochelle was given the job because she has more followers, so therefore she can advocate for Black mothers better.

Author and journalist Steph Yeboah responded with, “I’m sorry but the excuse of ‘Rochelle has more followers’ can’t run. Throughout TV history there have been virtual unknowns who have hosted impactful, popular documentaries.”

“Candice is a known TV & Radio personality and Sunday Times Bestselling author. Put some respect on it.”

In Candice’s most recent Instagram post she explained she was not replaced by Rochelle, but that the documentary Rochelle is featuring in was “simply acquired first.”

“At the end of the day, I cannot overstate enough how important it is for this issue to be spoken about until we are able to save more Black women.”

My critique of Rochelle & the doc is not personal but we must acknowledge this pattern.

As black women we try & not to critique publicly but when it comes to issues like this we much talk. If this doc flops we never get another chance to have this convo on such a big stage.

Furthermore I totally agree that Rochelle may not have been aware that Candice Brathwaite who is a national treasure at this point for all she has withstood, was cast aside for her, but sometimes look at the brief for the show and say “hmm maybe this isn’t for me.”

Damon’s eight-minute, at home workout for mind and body and spirit

@Melanmagazine
Palette is a book for the women who have, for so long, been left out of the beauty conversation. ''Palette, is a c… https://t.co/YOhir2BWG2
6 hours ago
When we talk about arthritis, many of us think it’s an illness that affects only the elderly, but the truth is that… https://t.co/Go5d4oP76a
13 hours ago
Mini Chilean blueberry cheesecakes: The sweetest treat this Valentine’s Day. This mini Chilean blueberry cheesecak… https://t.co/tNjf5mqsTI
18 hours ago
Want brighter, healthier teeth? These are the six “Health Trends” to avoid. ''Charcoal [toothpaste] may even contr… https://t.co/6Ifg9ecpjn
yesterday
Get the lowdown from this diary of a Black woman, on holiday for two weeks in Thailand. “Another day spent in the… https://t.co/6DpTTFcdio
yesterday
Follow