Rounding off a spectacular couple of years in music where she celebrated winning a BRIT and BBC Music awards as well as scoring the annual Christmas John Lewis advert soundtrack, the 26-year-old has come a long way since her debut in 2014.

A prodigious talent in the world of neo-soul and jazz, Celeste has now lent her vocals to the original soundtrack of major motion picture Disney Pixar’s Soul, which will be released on Disney+ on Christmas Day. Celeste features alongside Jon Batiste on their rendition of the 1963 Curtis Mayfield classic ‘It’s Alright’.

Brighton-based Celeste began her musical career at 16, when she “accidentally” wrote her first song, inspired by the passing of her father the same year. Celeste took on a dynamic, DIY approach to music after being gifted an Apple MacBook on her 18th birthday, initially using the music editing software GarageBand to record her vocals, before uploading her recordings to music-sharing platform SoundCloud.

“I was so refreshed to hear something that comes from a world that I’m inspired by on a film like this.”

She’s certainly come a long way since then. Throughout 2018 and 2019, Celeste would release a number of critically acclaimed singles, including, ‘Both Sides Of The Moon’, ‘Father’s Son’, and ‘Strange’, before releasing her second EP, ‘Lately’ in March 2019. In December 2019, Celeste made headlines after winning the coveted BRIT Rising Star Award, which in the past has been given to now-household names such as Adele, Jessie J and Sam Smith. Shortly after her win at the BRIT Awards, Celeste was announced as the winner of the BBC’s prestigious ‘Sound Of 2020’ award in January 2020.

With the hotly anticipated release of her first studio album, ‘Not Your Muse’ on the horizon, Celeste along with Jon Batiste, features on the original soundtrack for Disney Pixar’s latest film Soul, which we reviewed here. Their interpretation of the Curtis Mayfield’s classic provides a perfect complement to the film’s optimistic themes.

In the run up to the release of both the soundtrack and the film, Celeste spoke exclusively to Melan Editor in Chief Joy Joses, talking at length about her love of jazz, her appreciation of Curtis Mayfield and much more. 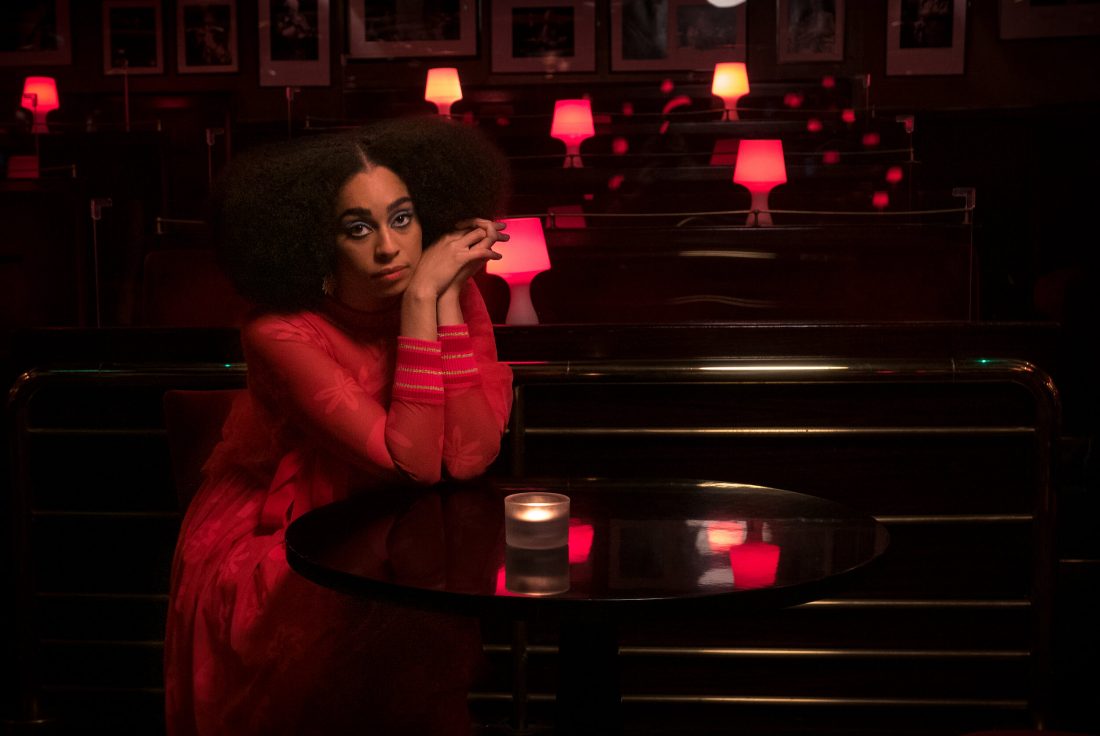 She said: “I love Curtis Mayfield, and I’ve listened to him since I was a child. I think a lot of the time with big films that are headed for the mainstream, the soundtracks can be quite clean and sometimes, quite pop, and I was so refreshed to hear something that comes from a world that I’m inspired by on a film like this. It just felt really right to be a part of this, and when you watch the film and you hear the music, it feels so natural and you genuinely feel like you’re amongst it – you feel like true, real jazz musicians have been a part of bringing that all together. I’m just really proud and honoured to be a part of it, really.”

Expounding on the film’s existential topics, Celeste said: “The thing that I gained from watching the film is that it made me find comfort in some of my own ideals and ideologies around life and afterlife and these sort of big conversations, and for it to then end with the song ‘It’s Alright’, – it kind of said to me, ‘don’t worry, try not to control everything – let things happen the way that they will and trust that it’s how it’s meant to be’. So, when you hear that song at the end, it’s another soothing moment that comes into your psyche which also echoes what I took from the movie.”

Disney Pixar’s Soul will be released on 25 December exclusively on streaming platform Disney+, whilst the original soundtrack for the film is out now.

“There is no next, it is all about now” – new WW ambassador Motsi Mabuse

@Melanmagazine
What’s better than a delicious, healthy salad on a warm Summer day? Our Dish of the week, Rainbow Fusilli with Waln… https://t.co/HxR37eHmYF
2 hours ago
Fatherhood platform co-launches new “Working Dads Employers Awards”. Parenting platform for men @MFFonline_ and… https://t.co/UpVtpltxHD
7 hours ago
These are the three things I will prioritise as I become a step mum. https://t.co/YHmrEF05j5 https://t.co/UsabA18IJJ
18 hours ago
Quick reminder to not miss out on entering our #giveaway of @NaminaForna epic fantasy novel giveaway. Ends on 24 Ju… https://t.co/I1V2bwxlWr
yesterday
Melan Mag reviews: Lightyear tells the backstory of one of the Toy Story franchise’s best loved characters and both… https://t.co/gN2esKstSe
yesterday
Follow