Melan highlights 10 Black women who’re killing it in their field or working tirelessly to lift her community. 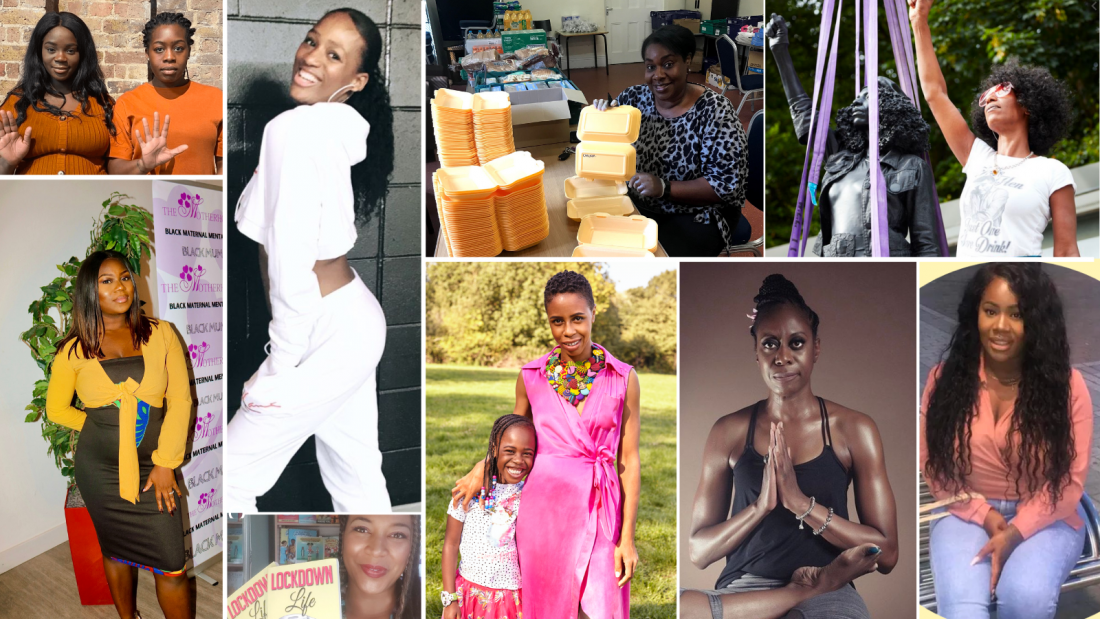 Ten months into the year and already so much has happened. Unsurprisingly, Black women are stepping up, and doing the work, giving us even more reasons to celebrate. We throw the spotlight on 10 wonderful women below, but of course, there are so many more of you out there putting in the work.

After you finish getting through this list, we’d love for you to share your inspirational local women with us in the comments below. Who have you been encouraged by or rooting for so far this year?

A Surge of Power

The day Black Lives Matter protester Jen Reid’s statue went viral online will be one of those that you always remember your reaction to. It was awesome seeing A Surge of Power on the plinth where slave trader Edward Colston’s sculpture once stood; a Black woman with her fist raised in a Black Power salute. Despite Marc Quinn’s sculpture in Bristol being removed in less than 24 hours, we will never forget the impact it had.

Jen said: “This sculpture is about making a stand for my mother, for my daughter, for Black people like me. It’s about Black children seeing it up there. It’s something to feel proud of, to have a sense of belonging, because we actually do belong here and we’re not going anywhere.”

Yoga instructor Donna Noble and personal trainer Lorraine Russell are the motivational women behind Noire Fit Fest, the UK’s first Black wellness and fitness festival that took place online in September. A crowdfunding campaign helped bring the free one-day event to life that connected wellness pros and influencers with fitness newbies and veterans. Just look at their list of ambassadors online for a taste of who was there and who to now follow on social media.

Both women are determined to make the fitness space more inclusive to help address racial inequalities in the take-up of exercise and so practitioners won’t continue to be the only Black person in the room.

Writing on Facebook after NoireFitFest, Curvesome Yoga founder Donna, said: “I hope the festival went some way to encouraging the Black community to see that they too deserve the best of health and wellbeing and that there are wellbeing and fitness professionals [who] can help them on their journey to creating a healthy community, not only mentally but physically.

“Representation really matters…. I stopped waiting for a seat a long time ago and started to create spaces for those that are invisible in the mainstream.” 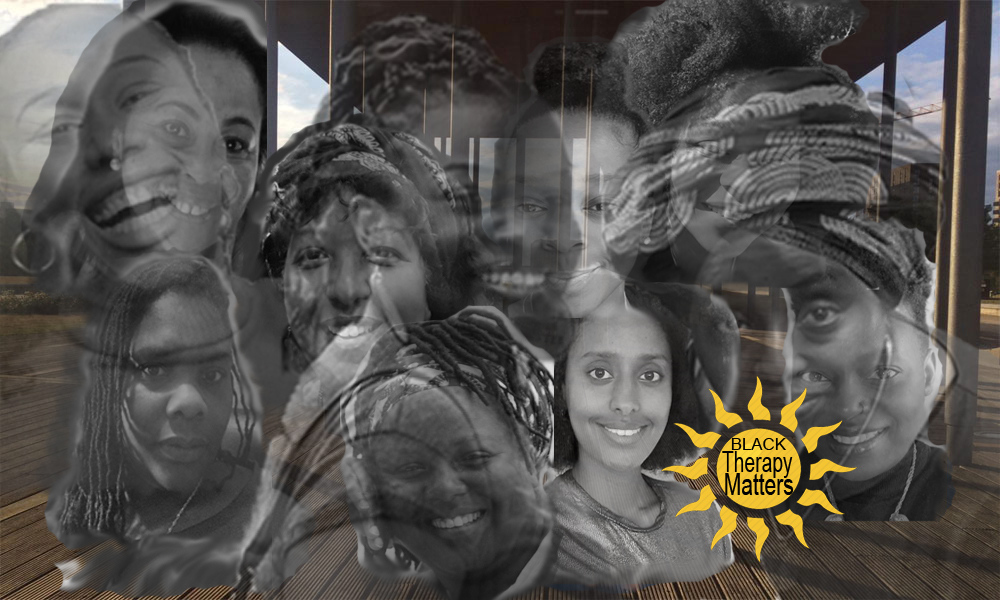 Black Therapy Matters UK aims to increase the number of Black people training to become psychotherapists and provide practical support to at least 40% of newly enrolled trainees across the UK.

Sarah Colbourne, Angela Nagawa-Anosike and Adeola Russell were guided into the industry for different reasons but met as trainee psychotherapy students in London. They have big plans for Black Therapy Matters. We’re in awe of what they’re doing to address both the taboo of mental health therapy amongst Black people and the barriers preventing more Black psychotherapists and counsellors from qualifying.

Tinuke Awe and Clotilde Rebecca Abe’s campaigning saw Five X More and the launch of the UK’s first annual awareness week for Black women’s maternal health outcomes. It was a major feat for the two mums who decided the theme would be ‘protecting Black women’ who are five-times more likely to die during pregnancy and after childbirth.

We applauded their relentless work to see Black mothers recognised as well as their latest campaign in conjunction with the Royal College of Obstetricians and Gynaecologists (RCOG), aimed at those working in maternity care to help reduce inequalities. It’s called Five Steps for Healthcare Professionals.

The Five X More founders said: “We’re honoured to work with the RCOG on this campaign and believe it will be a useful tool for healthcare professionals to use in knowing how to communicate better with women.

“We already have our six steps that we recommend for Black women going into pregnancy and labour. We believe that when you couple this with the newly-launched steps and actions for healthcare professionals, we can start to eradicate these shocking statistics and start improving the maternal disparities we see in Black women.”

The Motherhood Group, founded by south London author Sandra Igwe, was also responsible for the UK’s first annual awareness week highlighting Black women’s maternal mental health. It took place between 28 September – 4 October and is a grassroots effort and alternative to the national Maternal Mental Health Matters Awareness Week, which takes place each May.

Enlightening discussions and content was shared online by the group and other maternity and mental health professionals, including birth activist Mars Lord. The Motherhood Group has cited concerning research, published last year, which says that compared to other races, incidences of postnatal depression or anxiety in Black mothers is 13% higher and that Black mothers are statistically less likely to receive diagnosis or treatment for maternal mental health issues.

Proceeds raised from the Black Maternal Mental Health Week are being put towards the Black Mum Support Fund, which has a £71,000 fundraising target to create solutions to tackle these maternal mental health disparities.

Six-year-old Faith Boyd was the cover star of the debut issue of Cocoa Girl magazine as well as its editor, alongside mum Serlina from London. Serlina founded the magazines for Black children to feel empowered and to fill a much-needed gap in the children’s magazine market. When naysayers said readers wouldn’t be interested, Serlina ignored them and did it anyway because she believed in her idea and knew others would too.

The magazines, produced by Serlina’s Cocoa Publishing, are aimed at children aged 7-11 years old, but are also intended to support carers and parents too. Both publications are UK firsts with schools up and down the country subscribing. However, publishing professional Serlina’s vision is global.

Liz Pemberton goes by @theblacknurserymanager on Instagram where she has been passionately sharing vlogs and resources this summer about the miseducation of Black children in the Early Years and how to put anti-racist policies into practice. Liz ran her family-owned Edgbaston Park Day Nursery in Birmingham for nearly 17 years, but lockdown galvanised her to shift her focus.

The Black Nursery Manager Training and Consultancy was born in July. As a consultant Liz aims to “promote inclusive practice in the Early Years education sector, with a particular focus on how race, culture and anti-racism should be considered”. Anyone who follows Liz admires her no-nonsense approach. So far she has delivered webinars on hard-hitting subjects like the fetishisation of the mixed-race Black child and speaks on the realities of working with Black families.

Her personal recommendations of other sharp voices in the field are: Shaddai Tembo, whose first journal article, Black educators in (white) settings’ was published recently, and I am? ME! -a new Early Years community interest company on Instagram.

A major consequence of COVID-19 was that many low income families, particularly those in precarious employment, lost their only source of income during the lockdown. Many families faced going hungry, the threat of malnourishment looming larger and more immediate even than the virus that was prowling the streets.

Ursula Myrie, founder and managing director of ADIRA, a survivor-led mental health and wellbeing charity in Sheffield, saw what was happening early on. She decided to set up a Food Pharmacy, a food bank by a different name, which fed more than 4,000 people during the crisis.

Ursula will speak more about the charity’s efforts during Farmerama Radio’s Who Feeds Us? podcast series, which started on 11 October, as one of several Black-led initiatives that stepped in to fill the gap left by larger food suppliers during the pandemic.

Melan has written about so many authors, many of whom published their debuts this year, and this lady is helping to diversify the publishing industry in many ways.

Daniella Blechner is the founder of Conscious Dreams Publishing, a company that has mentored more than 190 authors and aspiring authors, and published books from 80 writers since it launched in 2015. Daniella’s new book, Lockdown Life, was released last month and is described as a “humorous and reflective snapshot of the unique period called ‘Lockdown’”. It’s certainly made Amazon readers chuckle with one person calling the book a “welcome break from the doom and gloom”.

Other books from Conscious Dreams Publishing include Lily Says No! – a children’s book teaching about sexual abuse and consent by Kelly Eastmond-Jeffrey. Also add Curly Kyla (Sophia Mayers) and You and Your Hair (Sarah Roberts) to your wishlist, which were both published during lockdown. 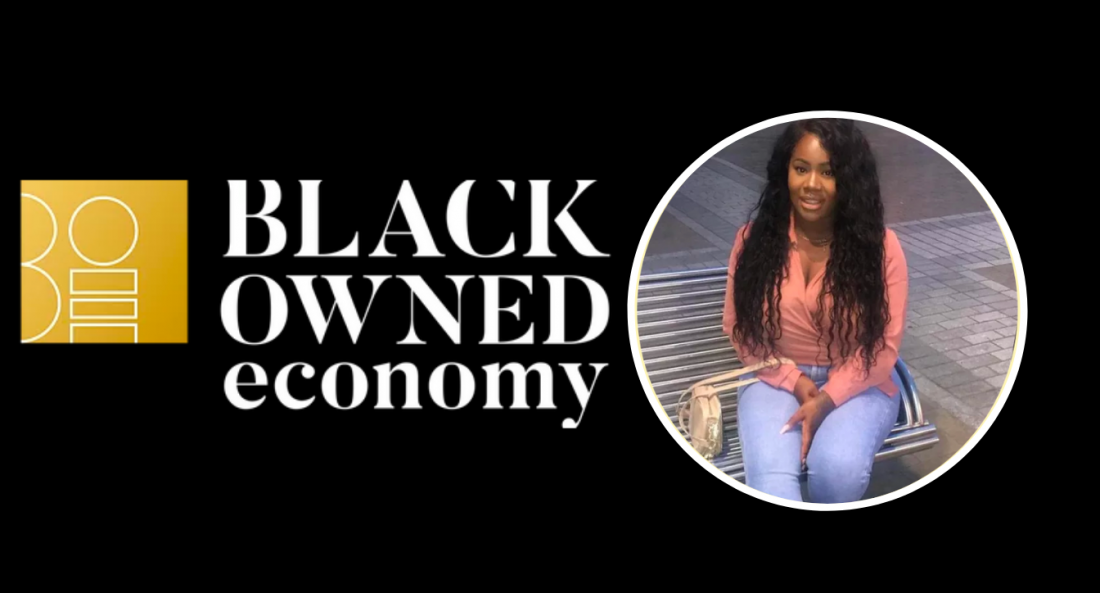 Black industry and business groups formed at rapid speed this year to strengthen the Black Pound. The Black Owned Economy, founded by Jaidee Saddler, was one such group that launched on Facebook in June and now has nearly 145,000 members. Similar regional ‘Black-owned’ groups followed allowing clients and businesses to connect locally.

Some of what Black Owned Economy hopes to do is establish financial investment for the companies and hold business expos. Its online community consists of businesses, entrepreneurs, industry experts, potential customers and supporters.

On its website, Jaidee wrote: “We need to come together and create wealth within our community. We need to support our Black-owned businesses and start to celebrate each other’s creativity. The same way we support other communities. We need to build [and] we need to own, so we can start to be on a level playing field financially, politically and within society.”

Mangrove review: Steve McQueen film as relevant today as it was in 1970