After George Floyd’s tragic death and the black squares in solidarity of Black Lives Matter, you can’t have missed the heartfelt posts from Black industry groups urging for what follows to be a movement and not a fleeting moment. 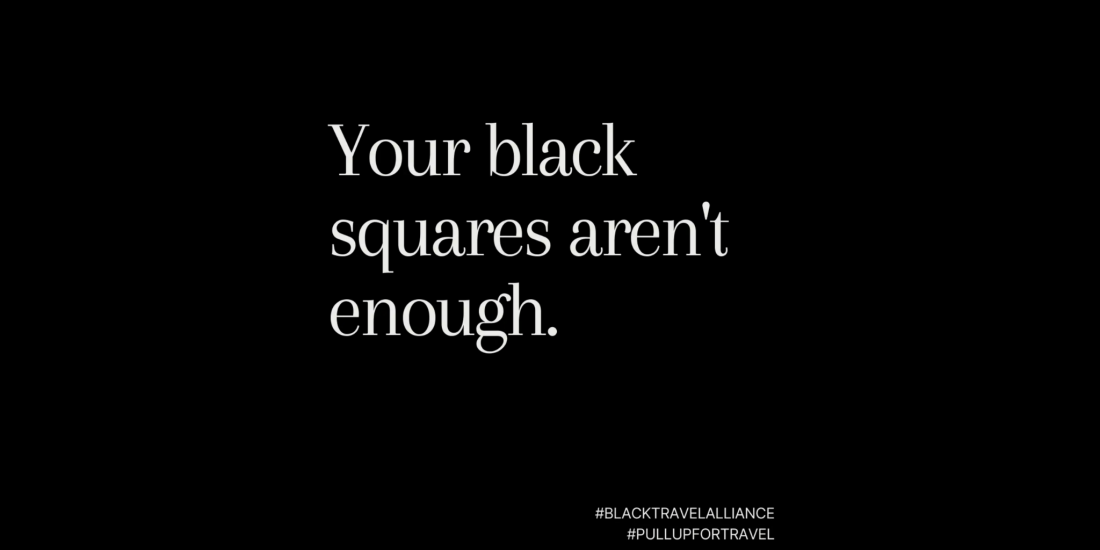 The uprising that the global Black community is at the centre of has birthed many Black industry groups aiming to drive equality and challenge institutional racism and discrimination in their industries.

These influential groups are demanding change at all levels, recording Black colleagues’ experiences and asking for collaboration from companies to bring about much-needed change. Their very existence is keeping the momentum going and we predict there will be many more announced over the coming weeks.

Below are some of the newly created professional bodies calling for real change. 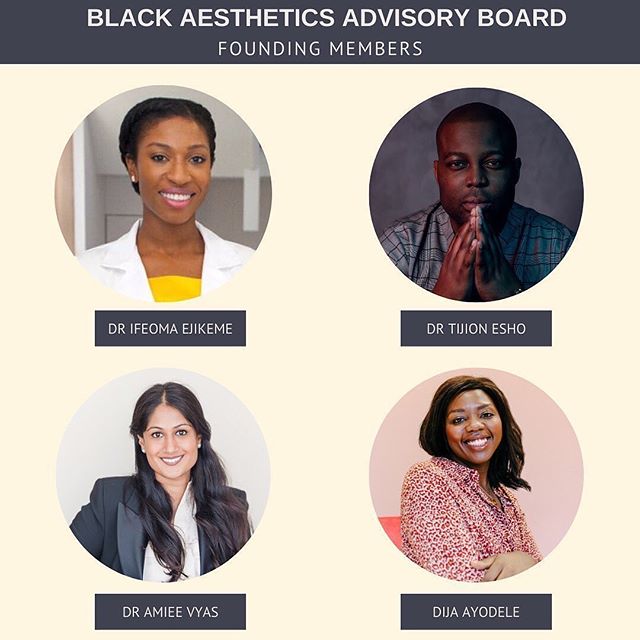 “Given the worldwide reemergence of the Black Lives Matter campaign and the poor experience voiced by Black and minority ethnic professionals as well as consumers, we were shocked at the silence from many quarters of the aesthetic industry,” a statement from the BAAB began.

“Coupled with our knowledge of the BME patient experience, we want to investigate and inform change from ensuring all practitioners understand the needs of black skin to increased representation of black professionals at all industry levels. Through this, we’re also able to positively impact the experience of black patients and professionals within aesthetics.” 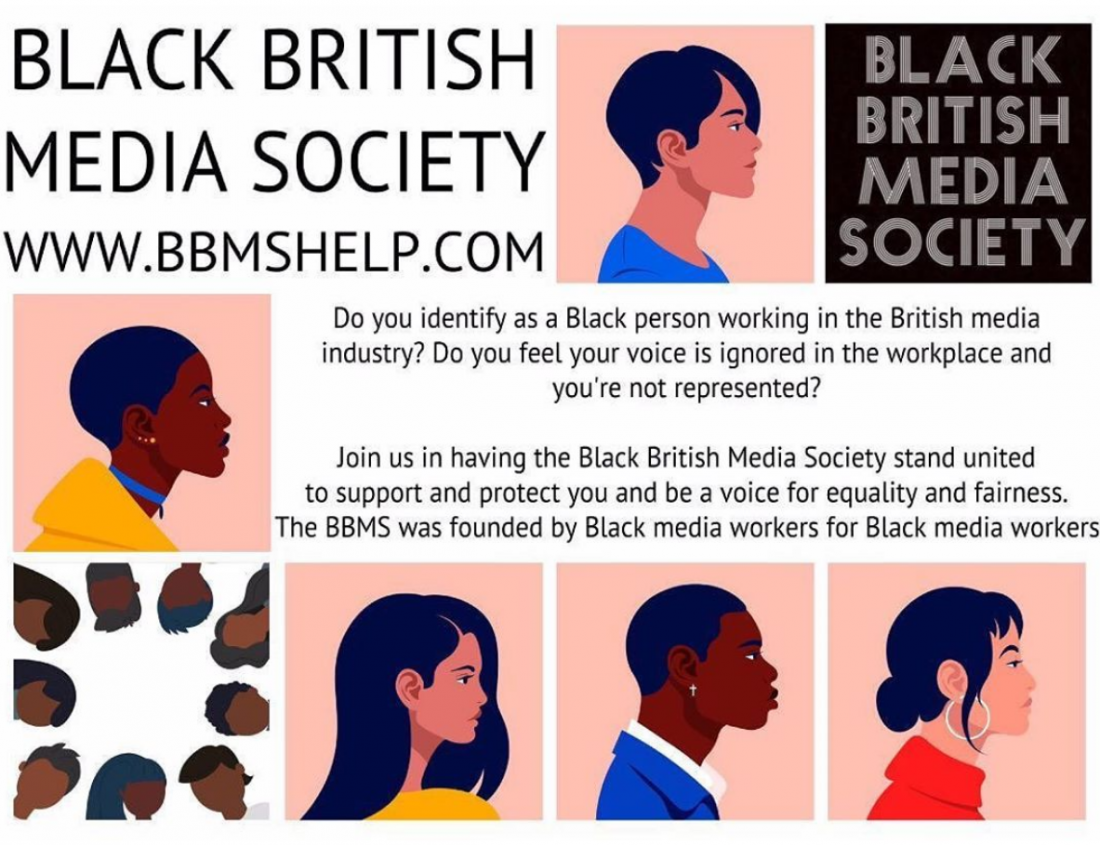 Once data is gathered from media publishers on how many of their staff are Black and how senior they are, the Black British Media Society (BBMS) want answers on how those companies will make themselves more representative. The media industry’s lack of Black voices is what prompted the BBMS to form. It’s led by six prominent professionals from across the media industry, including JJ Anisiobi, head of news and TV at OK! magazine online.

He said: “The lack of diversity in newsrooms leads to a one-sided narrative in all parts of the media scene. How can Black voices be heard and represented if there’s no Black voice in the office space to be heard?”

“When we see so often that Black people are wrongly identified, it makes it abundantly clear that there was no Black person around in the newsroom when it happened. In addition, the bias of some media to demonise Black celebrities and athletes yet praise white counterparts for the similar situations happens all too often.”

Expanding on the “fantastic work” done by the Black Journalists Collective UK, JJ said the group would love to collaborate – but stressed the BBMS is not just for journalists.

To achieve the equality it calls for, the group is willing to work with businesses. Aletha, a campaign producer at Stylist magazine explained: “This can be done through training, workshops, discussions and affirmative action.”

She added: “We’re tackling the media industry as a whole. We already have members from national, regional and independent publications. If you’re Black and work on an IT helpdesk for ITV, you can join. If you work as graphic designer for The Racing Post you can join. We’re here to help all Black people have a voice in the media, no matter what their role.” 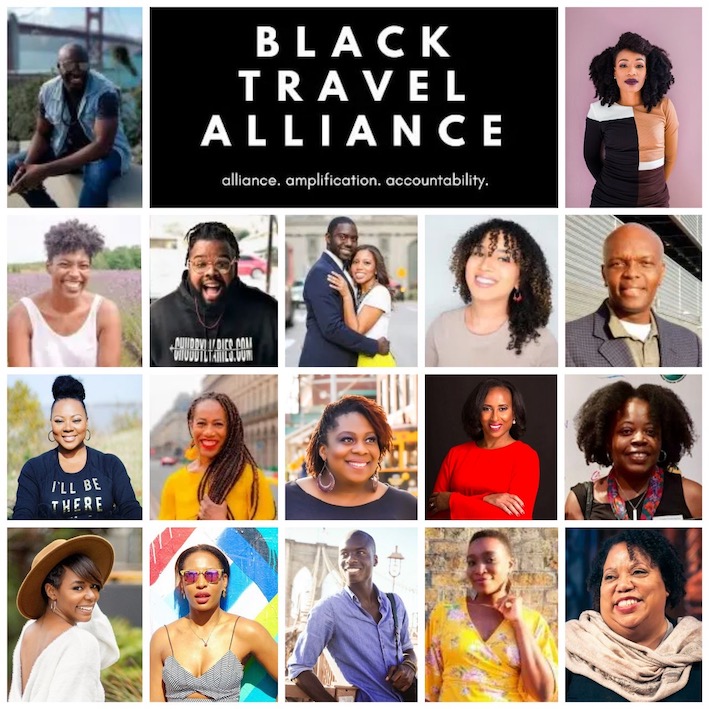 Black people love to travel and a global array of content creators have set out to address the need for more diverse representation in travel marketing and storytelling. By using their collective influence, these 17 creatives plan to shake up the travel industry by holding “destinations and travel brands accountable” its website says. The Black Travel Alliance will push for more Black and diverse professionals to be represented in the travel industry as well as offer training and networking opportunities to content creators.

One of the alliance’s founding members, Donna-Kay Delahaye, who demonstrates how to embrace adventure with a 9 to 5 at Huesofdelahaye.com, told Melan she’s “excited and proud” to be part of the group.

“I can’t wait to see the things that can come to fruition when the Black community works together,” she said.

“The BTA’s mission is very much needed in the travel industry right now. I’ve attended way too many travel conferences and seminars where no-one looked like me or the speakers didn’t reflect the Black audience. An organisation that aims to support Black content creators, act as a space where we can learn from each other and amplify our voices is long overdue…We need to start seeing ourselves reflected in the marketing campaigns, conferences and employment sector of this industry.”

Influential Black British authors are demanding systemic changes to the whitewashed publishing industry as they seek to redress the balance of diversity at all levels. More than 100 published writers and journalists signed an open letter as part of the Black Writers’ Guild’s (BWG) call to action to “help us tackle the deep-rooted racial inequalities in the major corporate publishing companies and support grassroots Black literary communities”.

The guild was launched by publisher Sharmaine Lovegrove, founder of Dialogue Books, journalist and author Afua Hirsch and Think Like a White Man author Nels Abbey. The letter stated it was both “unacceptable as well as unsustainable” to not have Black colleagues on core leadership boards and asked publishers to provide specific data about the books published by Black authors and the roles of Black staff. Among the eight requests is for there to be a “ring-fenced fund” specifically for books from new and emerging Black authors and for there to be greater efforts made to scout talent outside of London.

From bullying to microaggressions and fears of being blacklisted – the bleak reality of working in TV as a non-white person is laid out in an open letter by the Black, Asian and Minority Ethnic TV Task Force. The powerful four-page letter ends on five proposals which could be a “catalyst for real change” after being silent for so long in an industry filled with “tokenism” and an “almost impenetrable glass ceiling at mid-level”.

Within the action points are proposals to: boost the number of Black, Asian and ethnic minority commissioners, increase transparency within recruitment, create better workforce data to evidence positive changes and to introduce training schemes for mid-level workers. The letter, penned by four mid-level TV workers across development, commissioning, casting and journalism, has been sent to major TV networks and streaming platforms as well as the Government.

One Case At A Time 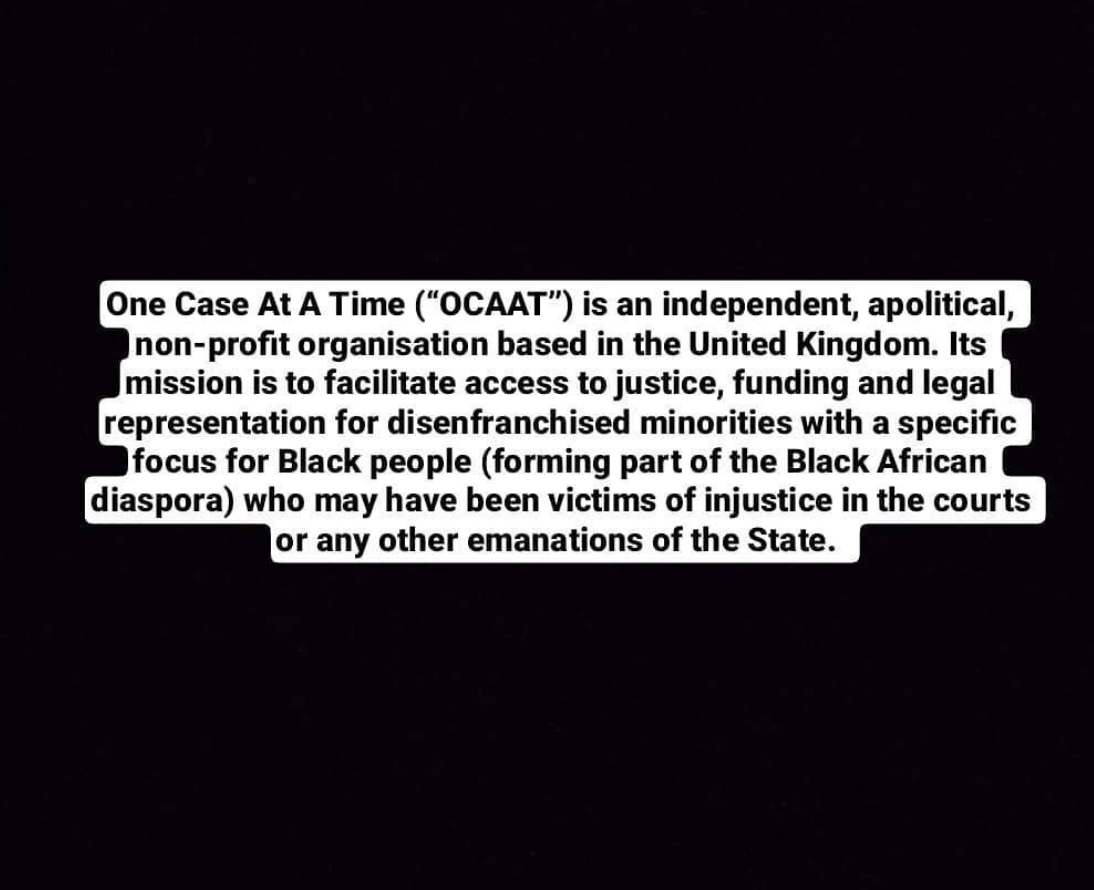 A groundbreaking legal fund has been launched to help fight cases of racial injustice involving Black people from the African diaspora. The team behind the UK-based non-profit organisation, One Case At A Time (OCAAT), says it will “ensure the State meets its obligations to fund the costs that are otherwise a barrier to access justice”.

The huge endeavour is led by The Law Collective’s Raifa Rafiq; Isaac Eloi and John Oladeji, of the Black Men in Law Network; Dr Tunde Okewale MBE from Urban Lawyers; and barrister Alexandra Wilson from Black Women in Law, with support from the Black British Network.

Since launching in June, the group has received 25% of its £100,000 donation goal. A comment from the group said: “We welcome the input of those with something to offer that can help us do more and work better. We particularly value expert advice from Chambers, law firms and/or legal representation who may be able to help us advance cases through the courts. We highly value in-kind support, such as office space, a reliable vehicle, office supplies, subscriptions, technology and volunteers.”