In the week she celebrated turning a half-century we take a look at all the reasons why we can’t get enough of Queen of the catwalk, Naomi Campbell.

Everyone: on lockdown, rescheduling and waiting patiently for life to get back to normal, Naomi Campbell: does flawless makeup and styles herself beautifully before effortlessly shooting her own stunning cover image and story for the May issue of Essence magazine, with nothing more than an iPhone! I mean, we’re not even surprised, Naomi’s career is filled with ‘firsts’ ever since she burst on the scene as one of the first original supermodels in the fashion industry 33 years ago.

A true pioneer in the modelling world, Naomi has a well-earned reputation for not suffering fools gladly and being a bit of a diva, but in recent years, we’ve seen a different side to her, as she’s become known for her mentorship of younger models, charitable works, and as a self-described global change maker. She is a woman of many facets, but what’s clear is that she has always been unapologetically true to herself.

Never baulking at championing more diversity in the fashion industry, in a recent The Guardian interview, Naomi touched on how opportunities for herself and other Black models/creatives have changed positively:

“I feel a difference on many levels now – but someone I know recently called it a cult. It wasn’t that way when you had everything, was it?  So, you want me to feel bad now that things are turning the other way? No. We, just want balance, end of story.”

When you look at her career, balance is central to everything with Naomi. Her friendships with high-profile designers and changemakers of all backgrounds is a constant and she has long been an ambassador and role model for the Black community. A close ally, who truly signalled the changing of the guard in the mainstream fashion industry was Edward Enninful who became the editor at British Vogue and appointed Naomi as a contributing editor. A platform that Naomi embraced.

The issue of balance and representation is highlighted further when you consider that despite Naomi’s longevity and experience in the industry, she only landed her very first beauty campaign with make-up giant NARS in 2018!

She commented on the changes in the industry in her The Guardian interview, saying:

“I’m happy for all the new talent and proud to be here right now, witnessing all this music and culture and the. Lifestyle and the way it moves in fashion. Gianni (Versace) always said it would mix like this and it finally did.” 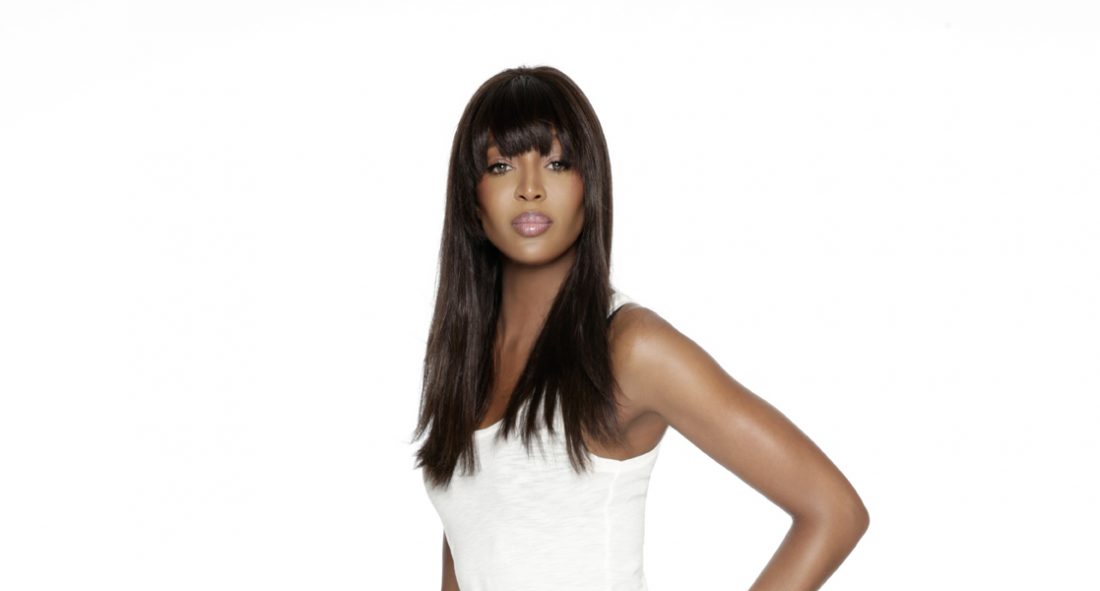 Naomi’s extremely passionate about making sure space in the fashion industry continues to be opened up, especially to those from the African continent. She has thrown herself into supporting fashion and creativity from the continent using her voice to open up conversations about the lack of African representation in the industry, and even going further by walking for a number of African-based fashion events, including the Arise Fashion Week in Lagos, Nigeria.

Remarking on this, Naomi said: “So many companies call themselves a global operation and they’re not. They’re not because they’ve missed out a continent of 54 countries with extremely educated people, who deserve to be able to learn the same skills and have the opportunities we do.”

A philanthropist and activist, Naomi is well known for her charitable work including being the founder of Fashion for Relief, a charity catwalk and auction that raises big cash for charitable causes. Her efforts have seen her raise more than $15 million to aid the victims of the Ebola epidemic across West Africa, Hurricane Katrina and the 2011 Japanese earthquake and tsunami.

Naomi is part of the fabric of British culture and by the looks of things, at 50, is only getting started when it comes to her true legacy; a few months ago she received the Fashion Icon Award from the British Fashion Council, where she emotionally commented: “This is an emotional award to me. This is from my peers in the industry and people that I’ve grown up with since I was 16 years old.”

Perhaps being a model and turning 50 may worry some, but Naomi wasn’t fazed. She’d previously commented that she was “…looking forward to it”, saying: “I’m not afraid of 50. I want to make sure I dance the night away, surrounded by people I love and who have been with me through thick and thin.”

“I’m so thankful to have amazing people in my life and grateful for all 50 of my years on this beautiful planet, I honestly did not think I would get here, for those of you who endured me through thick and thin, the ups and downs, for my recovery family, who keep me on the straight and narrow, who stand discretely by side I am eternally grateful. My journey so far has been extremely colourful, always reminding myself I am a work in progress, growing and learning every day. Without you all I would not be here, there would be no Naomi and those of you, (you know who you are) your honesty, consistency and embrace means the world to me. I Love you all and know how much you all mean to me… And Mum thank you for giving me life and life lessons.”

The reality of how she wished to spend her birthday may not have gone according to plan, but judging by the outpouring of good wishes, one thing’s for sure is that she knows she is loved.

Seeking applications for the next generation of BAME political leaders