Tiffany King is a veteran theatre maker with a 16-year career under her belt that has seen her write, direct, perform and choreograph a range of celebrated plays and musicals, since the age of 18. As she prepares to unveil her latest work: a new musical adaption of Shakespeare’s A Midsummer Night’s Dream, she caught up with Louise Chandler to reflect on her career.

In addition to her work as a proficient theatre maker, Tiffany King is also Head of Drama and Resident Director at Reddam House Berkshire. She is making great strides in the world of theatre and we were pleased that she could make time in her busy schedule to chat with us. 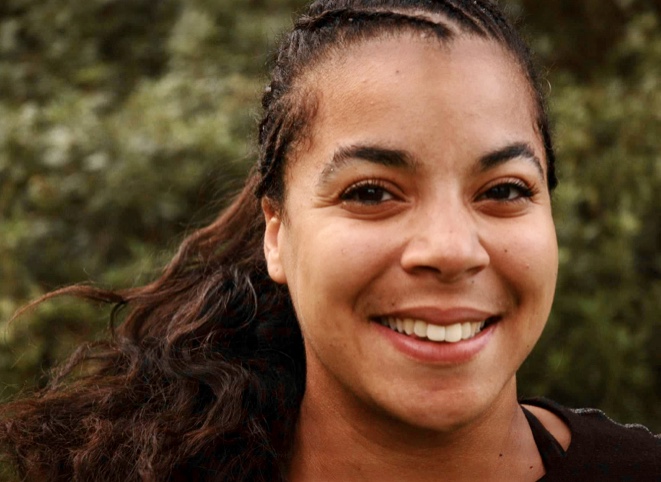 What was your path into the world of theatre?

I am the first performer in my family and from a young age I wanted to perform but didn’t know how to get into it. I found adverts in The Stage newspaper and initially applied to Open Auditions which led to me performing in my first professional show, The Jungle Book (Royal and Derngate Theatre).

As a young girl I would create shows and write at school and put on performances every lunchtime. I would actively recruit ‘actors’ to my show and a parent would type up my notes to make a script. (placing that precious Copyright mark at the back of each script of course!)

Becoming a member of the National Youth Theatre of Great Britain (NYT) gave me my first taste of acting on professional stages, working with renowned directors.

“Rejection was a hard lesson to learn as an actress. It is hard not to see rejection as a reflection of your talent”

How did you cross over to becoming a director?

Moving from a performer to a director was accidental for me. I was working on a community performance project and the directors left, so there was no one to take on that task. I taught the actors a dance and it formed part of the final show. After that moment, I was offered the chance to become assistant choreographer and director and I embraced each opportunity with NYT to grow as an artist.

My mum has been my biggest inspiration because she has exhibited strength as a Black woman while raising three kids. She taught us to believe in ourselves and have high ambition, because you can do anything. Nothing came easy but she didn’t let that be a barrier or let anything get in our way and I admire that.

“I have never seen a closed door as a closed door. I always try to find an opportunity to make something happen.”

What were the biggest challenges and barriers when you started in the industry?

Rejection was a hard lesson to learn as an actress. It is hard not to see rejection as a reflection of your talent. It does affect your confidence. However, I’m learning to accept all of these knocks as part of my journey. For every set back, I push again. It is important to look at where your strengths are and to work hard to dig deep, to self-reflect and develop.

Money was a challenge too. To sustain what you love doing, means allowing a passion to become your career, but you need money coming in at the same time. I had to juggle part time work and working as a teacher to supplement my income.

But overall, I have never seen a closed door as a closed door. I always try to find an opportunity to make something happen. 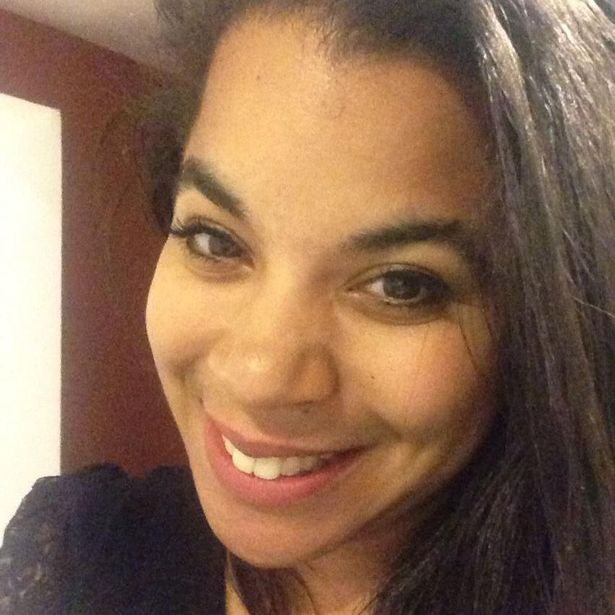 What do you wish you had known when you started this journey?

To be more confident in myself and if I had something to say – to say it! I’m still learning that now.

Create a body of work and enjoy finding ideas to write or direct. Make your own opportunities – don’t feel like you must wait for them.

How important is representation?

When I started as a professional, I didn’t see many stories that reflected me and my background as a British-Caribbean mixed-race young woman. It seemed like many stories were invisible or silenced. At that time, it was interesting to see the types of roles that my agent put me up for, encouraging me to dress and speak differently and that was before I had even started the actual audition! Thankfully, representation in the arts is changing for the better and it feels like an exciting time to create, write and perform.

“I’m a perfectionist so I self-censor.”

How do you support the new generation of up and coming performers?

I studied BA Drama at Royal Holloway, University of London and when I graduated there was an opportunity to run a franchised theatre school in Reading called Theatretrain. I took over the business 10 years ago when I was 23 years old and it has given me a clear business structure to work with and expand whilst also being artistically free to develop the performing arts training and performance opportunities available to young people aged 4-18 years.

At the moment, my team and I coach 100 students each Saturday. It has also given students the chance to take their work forward to work with professionals which challenges them artistically. Over the years I have seen shy students blossom into confident performers and these are skills that stay with them as they grow into adults. We’re like a family at Theatretrain; a unique family, giving young people a sense of belonging and a safe space to challenge, question and celebrate who they are as children and young adults.

Over the years I have taken students to perform in London’s West End Theatres, The Royal Albert Hall and at the O2 Arena, creating spectacular ensemble theatre in these impressive performance spaces. 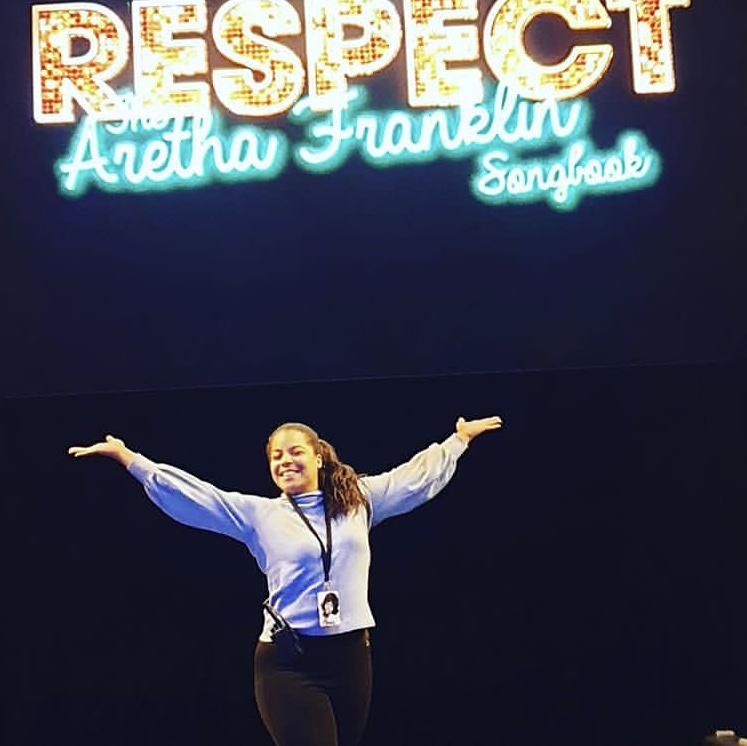 Describe some of your biggest achievements

I enjoy reinterpreting classic stories and making them current and relevant to a new audience. I think the power lies in making the familiar, unfamiliar and seeing how the audience responds.

I created Theatretrain Theatre Company and worked really hard to get us a slot at the Edinburgh Fringe where we could perform a new version of Alice in Wonderland that looks at themes of non-binary characters and gender difference. This was a play that I procrastinated to write because I’m a perfectionist so I self-censor. Having a tight deadline certainly forced my hand to present the play for a paying audience. I was thrilled to challenge a company of young performers in the work and to receive 4-star reviews from The British Theatre Guide. We were very proud to be the first Theatretrain company to take successful work up to the Edinburgh Festival Fringe.

I am proud to have been invited to attend a special event at Buckingham Palace in 2011 with the Queen for young people in the performing arts. I was nominated to attend by a friend who wanted to acknowledge my achievements and the way I encourage young people through my work. I was in awe because I was sat a few rows away from the Queen during the special performance.

Tell us about your work on Respect: The Aretha Franklin Songbook

This year, it was a privilege to work on Respect: The Aretha Franklin Songbook during the initial tour of three dates starring Mica Paris, Amber Riley, Jaki Graham and Cleopatra Higgins and again this past autumn for the UK Tour.

As the writer, director and choreographer of the show, it was an incredible opportunity to research the famous singer and to try to capture the significance and influence of the church on her life. This perspective enabled us to take everyone to church! The show was so much fun, allowing everyone to get up and dance, to celebrate her songs and her life and to remind us all in those dark hours to ‘keep on keeping on’.

You have performed across Europe – what has been the most unique place?

Working in Finland with the Russian Director Mikhail Chimachenko was absolutely inspiring as we worked with actors and directors from all over the world in a little wooded retreat. It was serene and beautifully picturesque.

Physically, we were pushed beyond what we thought capable, working through the whole day in physically exhaustive and exhilarating workshops, followed by all night rehearsals. Many creatives exchanged the discipline of the rehearsal room with the freedom of jumping in a freezing lake, then into the sauna at midnight. Imagining that I might succumb to the freezing waters, I did not venture into the waters but one night I enjoyed a 2am lake boat ride, rowing across the freezing clear waters to discuss life with inspiring creatives from all over the world!

What are your plans for the future?

I want to write and stage two plays by the end of next year. These will be two pieces that reflect some of my stories/background and I hope to do it justice.

In 2018, 14 actors performed my adaptation of Lewis Carroll’s Alice in Wonderland: [ALICE] at the Edinburgh Fringe Festival. I would like to take this play to Japan to develop the work further.

We will be taking a new piece of physical theatre to New York in February 2020, encouraging further discussion and action around climate change performed by young people.

Four fabulous days in New York City – the best things to do, see and eat!