The release of the long-awaited Marvel Black Panther film (10 February 2018), is sure to be one of the movie highlights of this year.

It’s time to plan your most Afro-centric outfits and book one of the many screening parties to watch what is sure to be a visual feast. However, if you are wondering what all the fuss is about, and have not yet caught Wakanda fever, we’ve put together 10 facts about Black Panther, to help you catch up and knowledgably join in those water cooler moments. 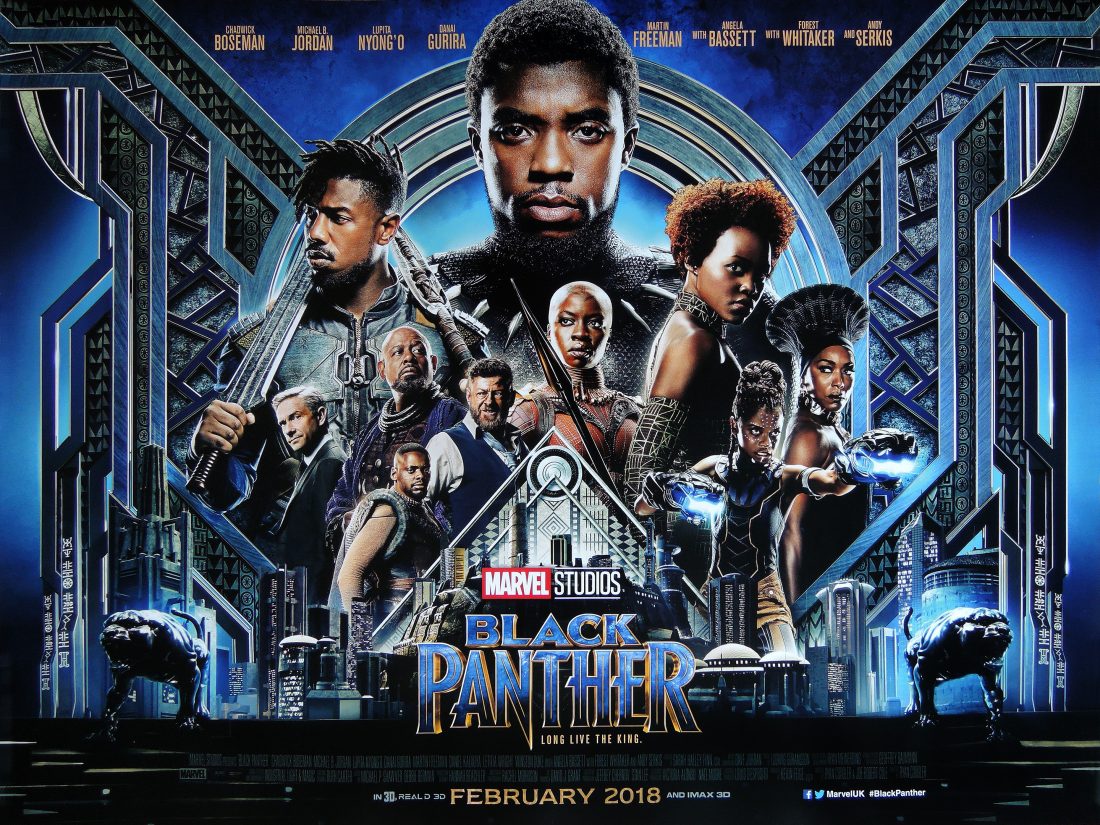 Black Panther was the first black Superhero to feature in mainstream comics
Black Panther, also known as T’Challa, made his comic debut in July 1966 when he featured in Fantastic Four Vol 1 52, six years before Luke Cage. However, his first appearance on the big screen wasn’t until 50 years later when he debuted in Marvel’s Captain America: Civil War.

However, filming for the movie took place in Atlanta and South Korea.

Black Panther was once married to Storm, a member of the X-Men
Yes guys, Storm, the first major female black superhero in mainstream comics. Apparently the two were childhood sweethearts. They eventually reconnected and got married in Wakanda and she became his Queen consort. Unfortunately this fairy-tale of #blacklove didn’t last for long, as the two eventually got divorced. Sad right? Here’s hoping that Marvel will soon make a movie about their relationship; we’re definitely here for that.

Plans for a movie about the superhero have been developing since 1992
In 1992, actor Wesley Snipes is rumoured to have pitched the idea of making a Black Panther movie, starring himself. He said: “We have a wide-open field for comic book characters on the big screen and we’ve yet to have a major black comic book hero on the screen, especially the Black Panther, which is such a rich, interesting life. It’s a dream come true to originate something that nobody’s ever seen before.”

T’Challa has abnormal strength
Permitted to consume the juices from a vibranium-mutated plant, T’Challa senses were heightened and he was given super strength, speed, stamina, reflexes and superhuman senses. He is also a trained acrobat, gymnast and martial arts artist, which we will see in the movies as the fights have been greatly influenced by African-Brazilian martial arts Capoeira.

Black Panther has bodyguards… and they are women
Even with his superhuman strength, T’Challa still needs bodyguards and who better to come to his defence than beautiful empowering women. The Dora Milage aka the Adored Ones, are strong and fierce women who are skilled in martial arts. Historically, they could be chosen as a potential queen to the king. Slay Queens, slay!

Black Panther was once a woman
T’Challa’s sister Shuri, who is also a trained and skilled warrior, once temporarily took on the title of “Black Panther” when T’Challa was once defeated by a group of super villains. #BlackGirlMagic

It was Chadwick Boseman’s decision to affect an African Accent in the movie
“Colonialism in Africa would have it that, in order to be a ruler, his education comes from Europe. I wanted to be completely sure that we didn’t convey that idea because that would be counter to everything that Wakanda is about. It’s supposed to be the most technologically advanced nation on the planet. If it’s supposed to not have been conquered – which means that advancement has happened without colonialism tainting it, poisoning the well of it, without stopping it or disrupting it – then there’s no way he would speak with a European accent.”

Kendrick Lamar is producing the film’s soundtrack
Who better to produce the soundtrack to Marvel’s Black Panther than Grammy Award winning rapper Kendrick Lamar? Selected by Ryan Coogler himself, Lamar is also curating the soundtrack. On the movie, Lamar stated: “Marvel Studios’ Black Panther is amazing, from its cast to its director. The magnitude of this film showcases a great marriage of art and culture.”

Good morning to the BLACK PANTHER soundtrack produced by Kendrick Lamar and nothing else. pic.twitter.com/U7aFmwy1Zv

Dish of the week: Pork and potato dumplings with Korean Kimchi