“Good mental health is more than the absence of a mental health problem” is the theme for this year’s Mental Health Awareness Week (8-14 May 2017).

It raises a good question as to why, mentally at least, increasing numbers of people are surviving rather than thriving and stats of people reporting mental health issues are on the up, year on year.

We talk to a London-based mum who on the surface had everything going for her, but was secretly battling depression. She tells us how she found an outlet that helped her manage her illness and discovered a new, empowering calling in the process. 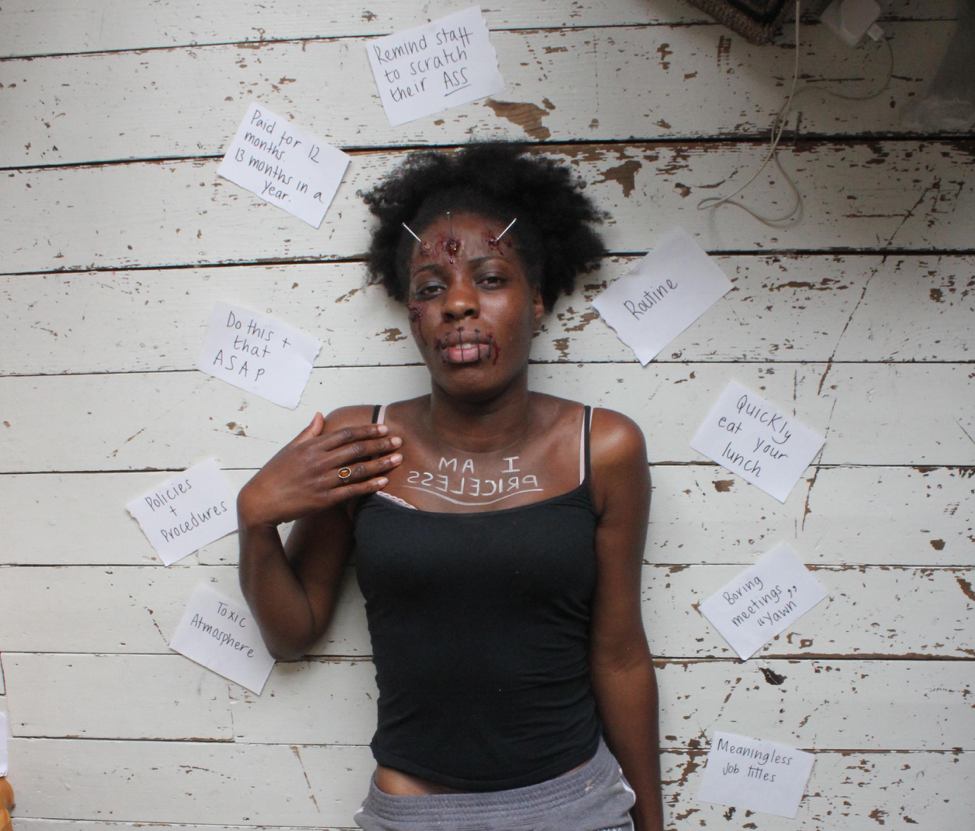 Jade Canvas, a London based SFX makeup artist, body painter, and full time mother, shares her mental health experience with me, as we watch her two-year-old son play in their local park.

Growing up in west London, Jade had always loved to experiment with her creative side. Yet, she had little time for her art whilst working as a team leader at a centre for children with special needs. After eight years, Jade was eventually forced to leave the job she loved, when it led to her experiencing depression.

Her problems began when she returned to work after becoming a mum for the first time. She clashed with another team member over working styles, and with her heightened emotional state as a new mum, the experience proved difficult for her to cope with.

With work as the source of her distress, Jade felt she had nobody she could really talk to – something we do so little of, particularly in the black community, because of the attitudes we hold towards mental health.

“I felt embarrassed. I felt like I was expected to cope. You can’t be seen to be weak; you have to be the strong black woman.”

Jade tried to rationalise her depression as ‘normal’, the stress, the lack of sleep, and the anxiety attacks, until she reached her lowest point.

“When I realised I couldn’t cope any longer, I felt like I wasn’t being a good mum to my son. I also felt like I wasn’t a good staff member because I should have been able to deal with it. I remember growing up and seeing my mum and aunties just coping with whatever life threw at them, so in my mind, I believed that what was happening to me was normal. I would go to bed and cry, wake up in the morning and think, everything is fine now. I would put on a front, especially for my child; I didn’t want to be crying around him all the time.

I did speak to my manager at work, but she told me, ‘well, you just have to deal with it’, which didn’t help at all. In fact, I think mental health isn’t taken seriously enough. If you have a broken arm, they will act but, if you’re suffering from mental health issues, it’s not seen as a serious issue, when really it is.”

Jade concedes that her supervisor did try to help by changing her working schedule which helped with her childcare, but this was met with antagonism by her colleagues.

“I didn’t have a loving and supporting team. If I forgot something, someone would say: ‘Oh, has Jade got baby brain?’ This teasing may sound minor but when you’re hearing this everyday, along with sleepless nights with a newborn, it becomes unpleasant. In the end, I left.”

As Jade’s son happily fills a pit of rocks his collection of rocks, she reveals how special effects makeup and bodyart helped her overcome depression. 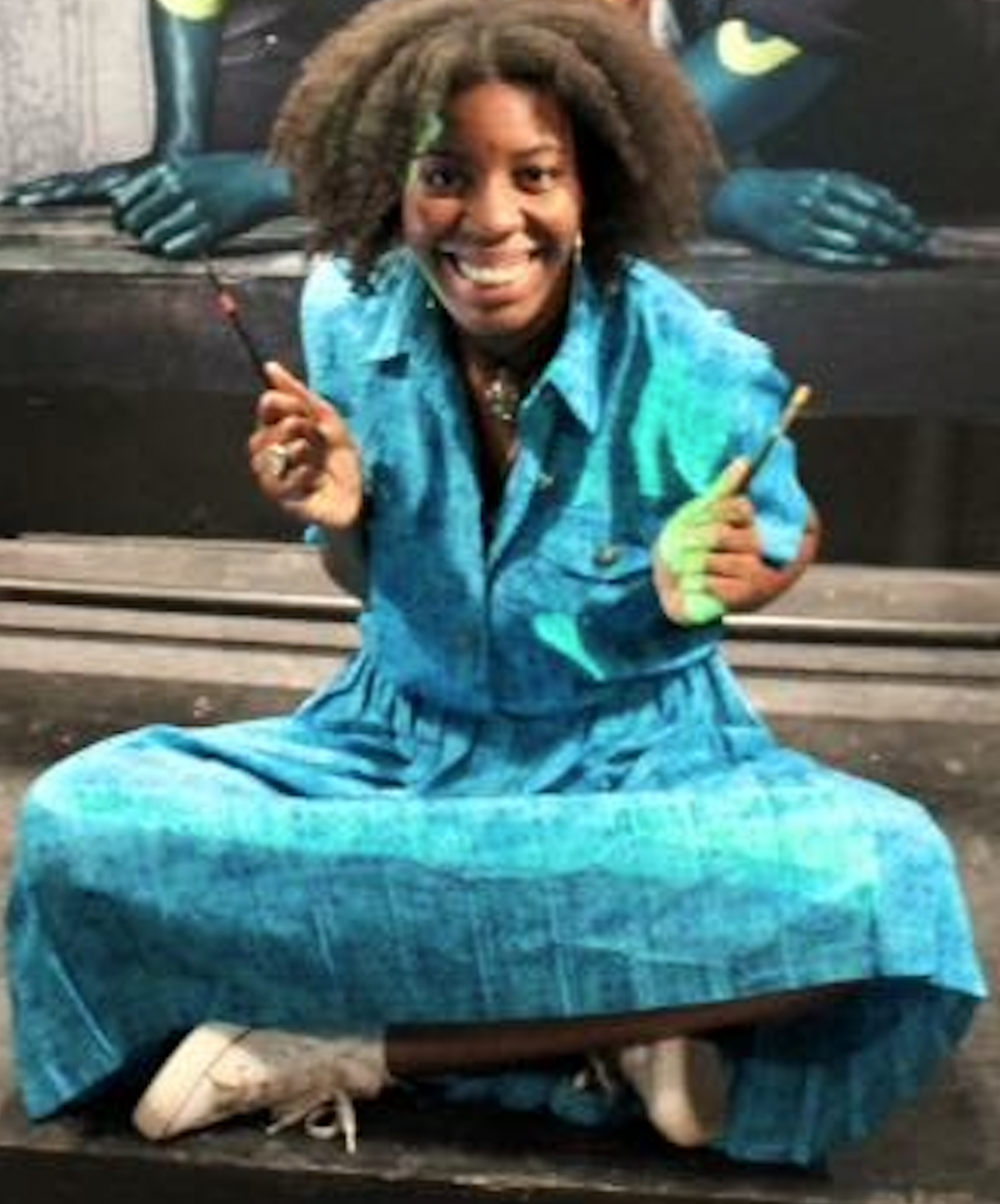 “My cousin needed a face painter for her daughter’s birthday, and being an artist, I volunteered. I really enjoyed it. I started to practice face painting on myself at home. I learnt everything from YouTube. One night I came across a SFX tutorial and I instantly fell in love with it.”

One of Jade’s favourite pieces of work is called ‘Golden within’, (pictured). Jade created this piece after falling in love with herself, and realising that she was was indeed an infinite being with infinite potential, who is worthy of only the best.

“I fully accepted myself, my hair, skin, my nose, everything about me, to a point where I didn’t care what people thought. When you reach the point of not caring what people think, that is happiness.

I started to depict my feelings, including the image of when I was at my lowest point, when I was off sick from work (pictured below).

Jade’s art became her release as she describes completely being drawn in to it.

For many members of the black community, being prescribed with medication as the first means of treatment is common rather than art or talking therapies, which are a great release for our expressive behaviour.

“Before I started with SFX, I was prescribed medication but I didn’t want it as I’m very anti-medication, and I think the pharmaceutical world makes too much money through this. I did not want to be a part of that, so I started going for a walk in the park, I did yoga, meditation and I can honestly say that I feel so much better.”

She hopes that speaking out about her experiences will help someone as she feels that there are so many people who can’t or won’t talk or express themselves, and their friends or family aren’t aware of how they’re feeling. 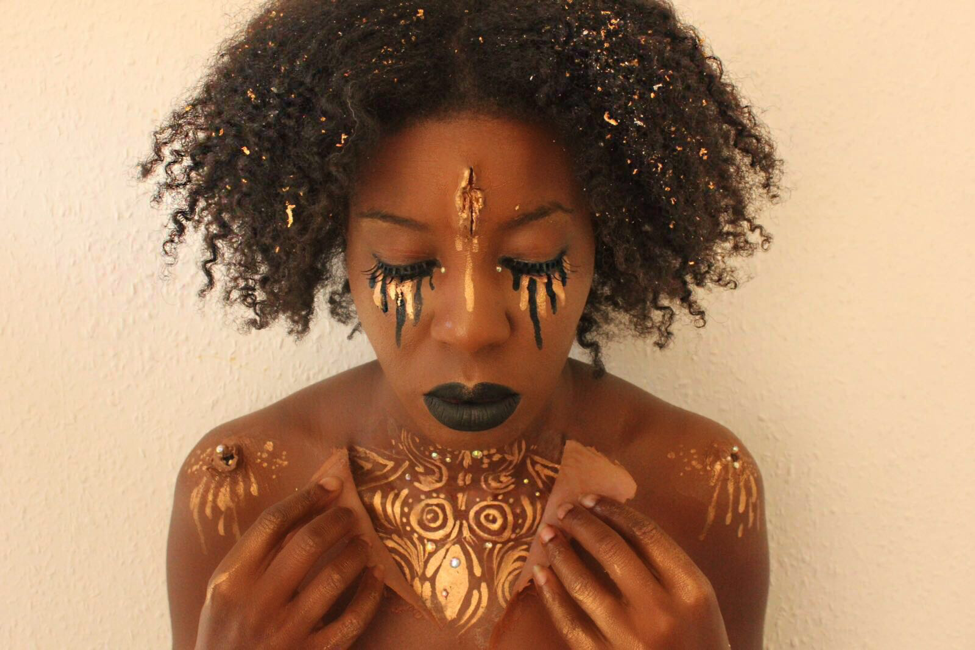 “Doing creative activities before things get too much is what we need to do more of. I think the black community tends to have a habit of trying to fix things by the time it’s too late. We need to stop that. The mind is powerful, and we have the power to change our mindsets, and the outlook.”

Low libido, cracked lips or tiredness? It could be a case of vitamin or mineral deficiency

@Melanmagazine
“Seven Days in June – book review: “A smart, sexy testament to Black joy”” https://t.co/aws1J0xfZa https://t.co/UDjXQG2fPy
4 hours ago
Meet the chef: Chef J Ponder – “I’ve cooked for Real Housewives & rappers” https://t.co/qYwdP4FZop @ChefJPonder… https://t.co/j5YZhA4vNg
10 hours ago
“With research showing that creativity peaks between our late 30s and early 40s, Rianna Patterson shares the benefi… https://t.co/RSmhqj3UE9
21 hours ago
What you need to know about hair loss & treatment by a clinical expert https://t.co/B3DRJNoHTg @DrTrichology… https://t.co/Yrj9P2Vx89
yesterday
What are the six most popular gym myths and the real truth behind them https://t.co/ZgiZu1Ei8E #gymlife https://t.co/G0y5L3exz3
yesterday
Follow