Thirty-year old, west African man whose early aspiration in life was to be a footballer! Hardly strikes you as the type of person to write an emotional novel based on the volatile relationship of two sisters, but that’s what author and motivational speaker, Emeka Egbuonu set out to do. And boy, did he do it well.

While reading the book, I had to double check the cover of the book several times to remind myself that it was indeed written by a man. He managed to capture the subtle details of female mannerisms and feelings. What inspired Emeka to write the book, how did he capture the ‘female voice’ and why is he organising the mother of all celebrations featuring Jamelia, cultural dancing and spoken word poetry for the book launch taking place at Hackney Empire on 10 February?

Melan Magazine: What was the inspiration for My Sister’s Pain?
Emeka Egbuonu: Back in 2012, I gave a talk in Holloway Women’s Prison. I was fortunate to get real insight into some of the pain that these women were feeling in terms of domestic abuse. We’re talking about people who have been pushed to the edge, to the point where they needed to break the law in order to be safe. Following that experience, I wrote an article called “Hope at Holloway Women’s prison” and it kind of focused on the word ‘vulnerable’ and what that word means in relation to women. I knew I wanted to explore that whole issue more. Fast forward to more recently when I started spending more time with my younger sisters and that whole idea of sisterhood, among the women in prison came back to me. Yes, they had committed a crime but this idea of sisterhood and strangers coming together to elevate each other and to see out their sentences and being each other’s support network, was very powerful to me. That’s how I arrived at the plot of my book.

MM: In the early chapters of the book I recognised Hackney through your descriptions. What’s your connection to the area?
EE: Hackney is home. When I first came to the UK, that’s where we resided and that’s where I was until gentrification sort of pushed me further outside London. But Hackney is still home, I’ve always been connected with the area. Even now, I’m no longer officially a youth worker but I still work there every Friday where I volunteer because the youth project is where I grew up and I started going there when I was 13 myself. It’s where I worked for eight years, so it’s a family for me. 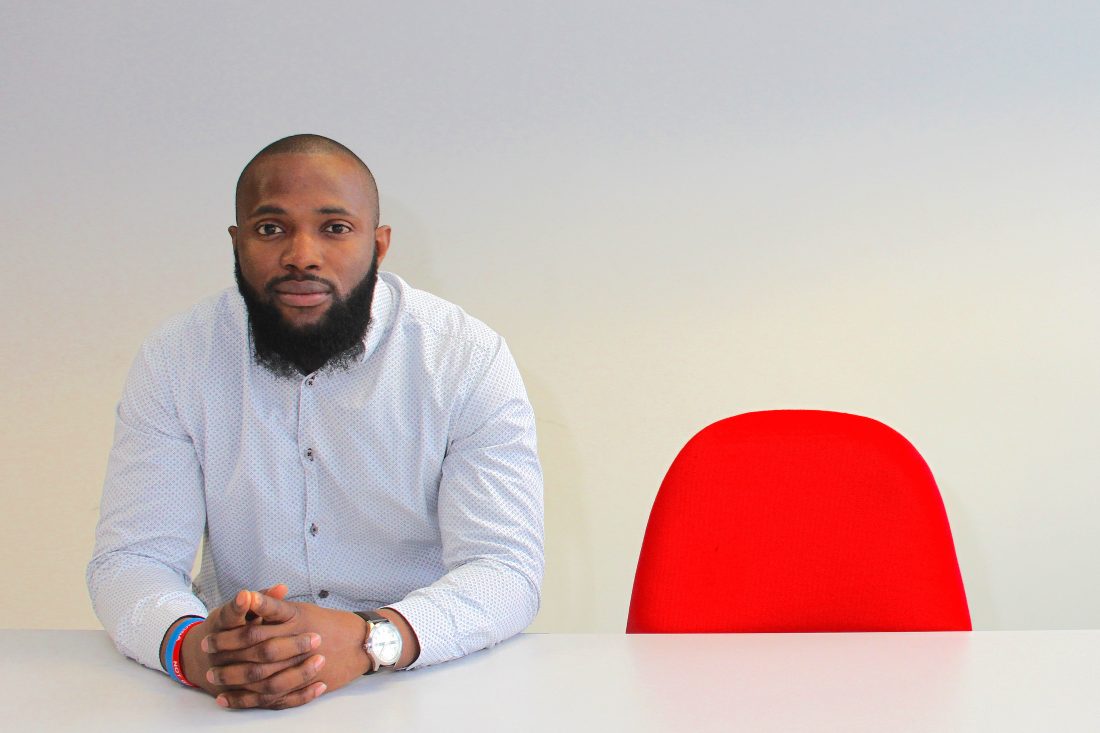 MM: It’s rather unusual for a man, particularly a black man, to write about the female experience in the way that you did. How did you arrive at that perspective, being so insightful in terms of how Adaora and Nkechi (characters in the book) related to each other?
EE: I interviewed hundreds of women. I studied carefully how women around me act, what makes them tick. I interviewed as many women as possible to find out the everyday things that will make the book just that little bit more authentic. So I was asking questions like “what’s the first thing you do when you wake up in the morning?” or “when you’re tying your hair is there a specific way you tie it?” or “what’s a specific cream?” or “how well does coconut oil really work?” I guess that’s where the “how does he know that?”, comes from.

MM: The issue of kidnapping in some parts of Nigeria is particularly rampant at the moment, why did you decide to address this subject?
EE: Because it’s happened to close family friends of mine. It’s very close to home. It’s made a lot of people be afraid of going back home. For me I see it as my father’s land so there’s nothing that’s going to stop me from going back there personally. Whatever happens, happens and I’ll never be deterred from going back. I feel it’s stopped a lot of people over the years, especially when it was rife, so I feel like it was an issue that needed to be touched on, and it kind of helped push the story further out. But we need to look at things beyond the surface level, the underlining issue is that there’s quite a lot to deal with in terms of poverty. We have the same thing in the UK when we break down gang culture, and sort of why is it prevalent in deprived areas of London, and obviously on a surface level you’re just seeing all these bad young people who are doing the wrong thing. A lot of the time, people are blaming families and their parents, or bad parenting, but once you’re in it, you realise that some parents have done all they can and once a child gets to a specific age where they’re more influenced by their peers, than the parents, it’s literally out of your hands.

In Nigeria, a lot of people find themselves on the breadline where they can’t provide and so turn to criminality, whereas two wrongs don’t make a right. But these are discussions that important people need to bear in mind because they’re the ones who can actually implement things in place to make a change.

MM: Adaora decided that she doesn’t want to have children which causes friction. What insights did you have on this issue?
EE: I’ve always found it very interesting listening to debates, listening to women who don’t want to have children, and trying to understand their reason. Especially when you come into our culture, which places heavy importance on having children. What’s the mind-set? So for me, it’s always been an interesting topic and her being very educated, I felt like it would be an interesting theme to explore.

MM: Are you Chiddy? – (one of the characters in the book)
EE: [Laughs] No I’m not! I’m far from Chiddy to be honest. I am the eldest of five, so my experience is very different from his. But I can see where people may think he is me. 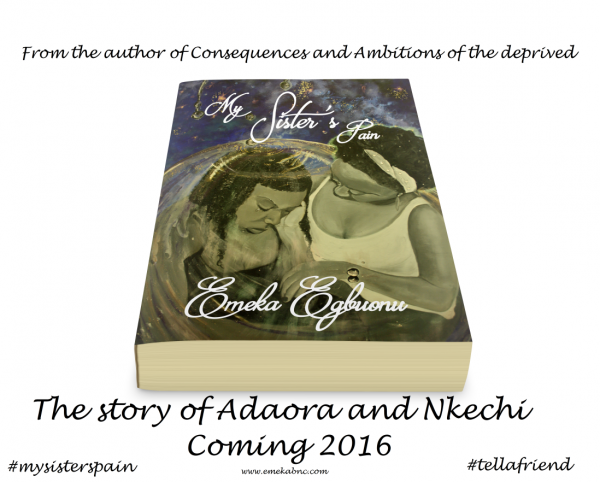 MM: What do you want readers to take away from the book?
EE: I want them to understand the importance of sisterhood in terms of friendships, including non-blood sisters, be able to take the time out to be selfless and try to help somebody else, regardless of what that situation is. No matter what the pain is, there’s a healing process that takes place and it’s better that that healing take place with people that you call your sisters.

MM: What can people expect from the book launch event?
EE: I came up with the idea of celebrating sisterhood so that we could bring women together. Come along with your sisters, your parents, your aunt, anybody who’s been there for you during the good and during the bad and just enjoy the evening together. There will be dancers, singers, poets, saxophonists, a night of entertainment for people to enjoy. 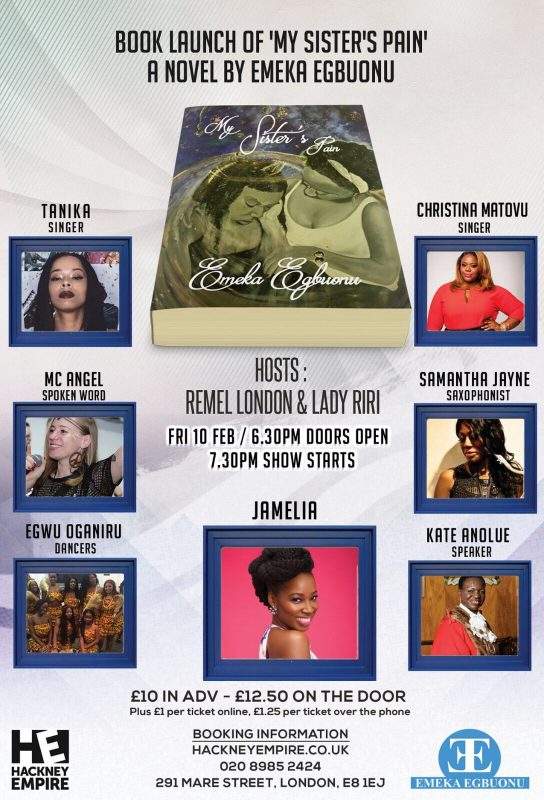