For Malorie Blackman OBE, the ninth and final instalment of her most famous work – Noughts and Crosses – evolved and came to fruition at the right time and for the right reasons. 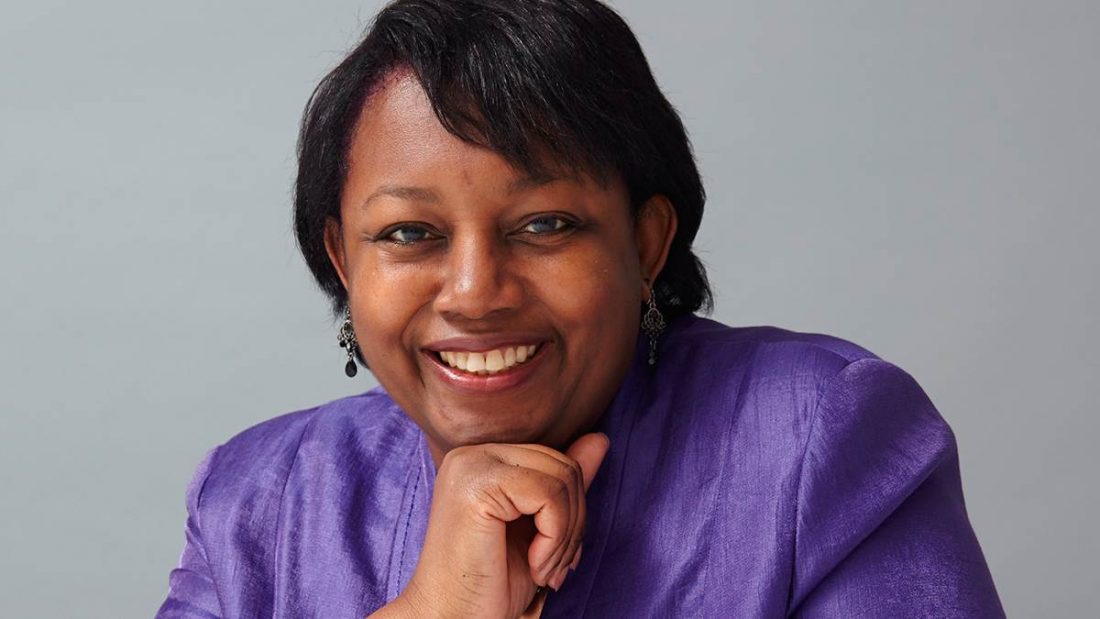 The success of the series – about a fictional world where racism as we know it is inverted – was last year made into mainstream television with its BBC adaptation in a six part series.

And for those who simply cannot get enough of the fictional ‘Albion’ world that has been colonized by Black people, there is now an exquisitely illustrated version featuring the work of illustrator Kingsley Nebechi.

Malorie Blackman’s husband calls it the longest trilogy in history, but for Blackman, the process of writing the aptly named final book Endgame, was as non-traditional as the book’s approach to race and discrimination. Blackman recently told the The Guardian: “It has been a very strange time”… “I was getting government letters saying: ‘Don’t go out.’ [yet] I was trying to live as normal a life as possible, knowing full well it was extraordinary circumstances. So, I focused on my writing. Endgame was a good thing because it felt like I was doing something. I wasn’t saving lives, but I was doing something.”

That “something” inevitably became the closing of a circle of work – six books and three novellas – that had been moulded into creation by the world as it evolved for and around Blackman.  The first book, published in 2001, focuses on Persephone (Sephy) Hadley, the privileged Cross daughter of Albion’s home secretary, and Callum McGregor, the Nought son of the Hadleys’ housekeeper. In sequels Knife Edge and Checkmate, the pair face a world far different for their new family than the one they grew up in.  Here, Blackman thought she was finished.  Until she wrote Double Cross, in which a new generation of Noughts and Crosses are involved in a racialised gang war. Again, nudged by world events like Brexit and the election of U.S. President Donald Trump, she was prompted to write Crossfire (2019) in which the first Nought prime Minister is elected.  Finally, Endgame features references to a pandemic and a Nought Lives Matter movement.  As her literary art imitates life Blackman remains hopeful that her generation will leave the world a better place than they found it – despite glaring evidence to the contrary.

Yet in the creation of the illustrated version of Noughts & Crosses one of the illustrator’s greatest hopes was indeed achieved: drawing more Black and brown people and reinvigorating the love of the 20-year-old story while simultaneously introducing it to new fans.

In conversation with Brenda Emmanus and hosted by The Folio Society, Nebechi explained how having the influence of both his Nigerian heritage and spending his teenaged and young adult life in Italy has moulded his tastes and understanding of visually demanding cultures like those.  Artistically he describes himself as a sponge who has continued to benefit from having an appreciation for one culture while learning how the other motivates, inspires or influences his work.  Referring to how he approached the Noughts & Crosses project, Nebechi described feeling a heavy sense of responsibility to approach it as far more than just another project.  He said he felt he needed to know and live the work better than its biggest fan.  That effort was clearly rewarded in a ringing endorsement from the author herself. Blackman said: “You did an incredible job. I thought the way you did your illustrations was so clever, because there’s illustrations within illustrations, and you’ve got to look at them, and then you’ve got to look at them deeper. It was so clever. So, thank you!”

The author of Barbadian heritage holds onto hope by her fingernails, but one pin prick of light has been the deft and accurate handling of her work as it made the transition to television.

“I’m thrilled that the TV dramatization of Noughts + Crosses has such an amazing cast to bring the story to the screen. It will be so exciting to see how the writers and actors open up to the world I created, adding new breadth and detail.”

For those of us waiting with bated breath for season two of Noughts + Crosses, we will simply have to gorge ourselves on all 376 pages of the illustrated version to sate us until then.

Buy Noughts and Crosses by Malorie Blackman and illustrated by Kingsley Nebechi (£39.95) here.

This article was written by Katrina Marshall

When will endometriosis and PCOS research be prioritised? MPs to debate