Foster Boy is a legal thriller based on the real-life experiences of a Chicago-based lawyer and children in foster care, that’s coming to Digital Download next month.

Foster Boy’s deeply emotive plot follows the trial of a for-profit foster care agency, which puts a known sex offender into the same foster home as a lawyer’s young client, Jamal, with catastrophic results. Each man heals the other in the pursuit of justice, as they expose the horrifying corrupt agency.

Executively produced by basketball legend, Shaquille O’Neal, Foster Boy focuses on interesting touchpoints on racial injustice in the American courts, stereotyping and prejudice and gives a view of the life of kids in foster care.

The film stars Oscar and Golden Globe winner Louis Gossett Jr, Shane Paul McGhie (After We Collided) who plays the young protagonist Jamal and Matthew Modine (Stranger Things). The film is based on writer Jay Paul Deratany’s experiences as a trial lawyer fighting for child welfare in Chicago.

“If I was approaching a challenging scene I would look up at the letters and know that this was bigger than me and that I was doing it for them.”

Foster Boy is produced by Peter Samuelson; founder of First Star, a charity that gives academic support to young adults in the care system aiming at higher education or their first job.

Shane Paul McGhie maintains that getting to know some of the young people from First Star, who bravely shared their experiences of Foster Care to him, was the driving force behind his moving portrayal of Jamal. He said: “They anonymously wrote me some letters, which I stuck up on my trailer mirror to remind me every day. If I was approaching a challenging scene I would look up at the letters and know that this was bigger than me and that I was doing it for them.” 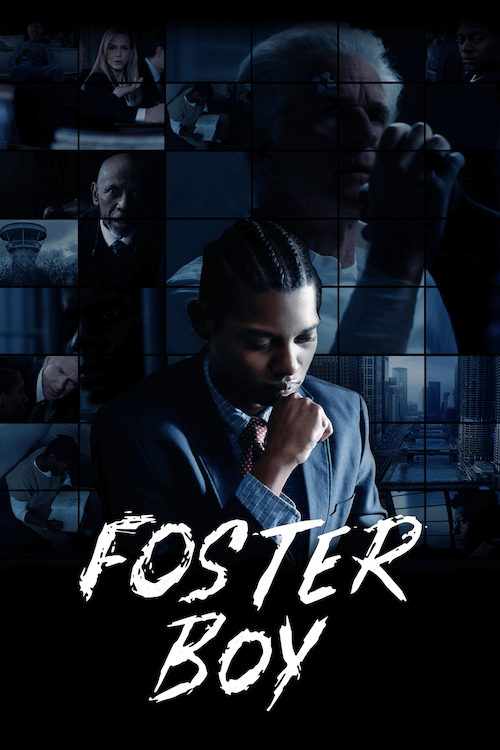 Giving insight into why he took on the project, Executive Producer Shaquille O’Neal said: “A lot of what you see in that film, actually happened in the court room and Shane shows us the trauma and crushing emotional baggage foster kids carry for the rest of their lives.”

The sheer volume of children in care who lack equal opportunity is not just an American problem. The COVID-19 pandemic has seen numbers of children and Young People going into care increasing by 44% (Barnados, 2020). Almost half these children in care have a diagnosable mental health disorder as a result of childhood trauma (First Star).

Foster Boy invites the viewer to walk in the shoes of Jamal to understand the urgent need for change.

Foster Boy (Cert 15) will be available on UK digital platforms from 1 March 2021.