Aurora Pile-Gray was diagnosed with stage four Lymphoma in May of this year and urgently needs a lifesaving stem cell match to beat the cancer. 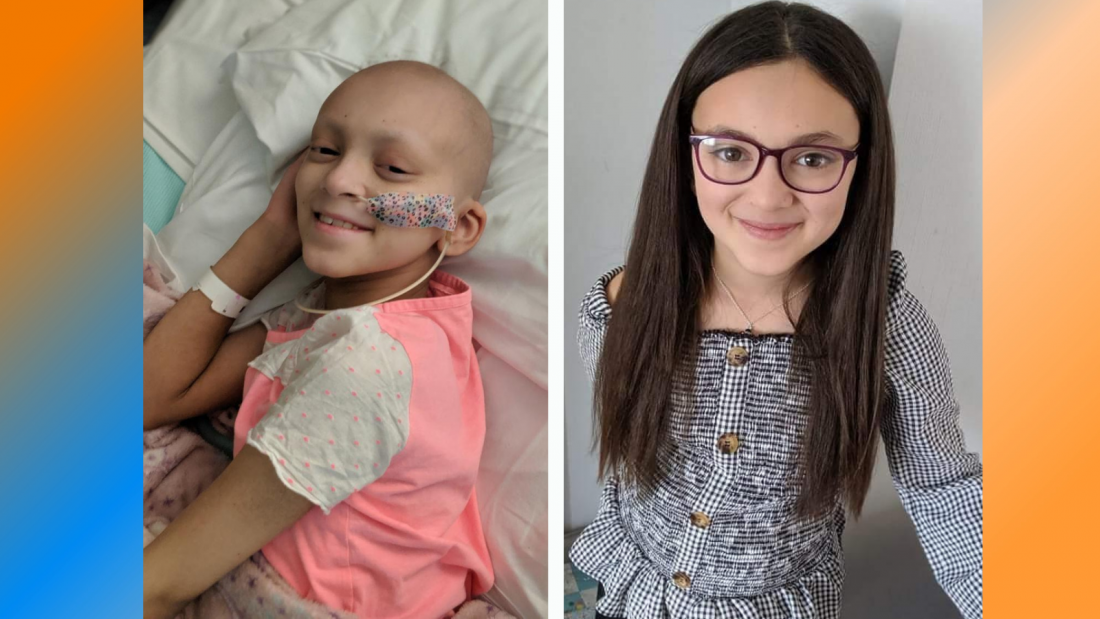 Keisha Pile-Gray from Westbook, Kent has launched an appeal to find a donor for her nine-year-old daughter.

Since Aurora’s diagnosis in May, she has been receiving chemotherapy, however, five months after starting chemotherapy doctors confirmed the treatment was not working. They also discovered that the cancer had become more aggressive, with 40% of her bone marrow being affected, 50% more than when she was initially diagnosed.

“The doctors confirmed the chances of Aurora beating the cancer are low, so we are praying for a miracle to get her through this.”

Mum Keisha is desperate to find a match for her daughter. She said: “The doctors confirmed the chances of Aurora beating the cancer are low, so we are praying for a miracle to get her through this. With the help of blood cancer charities like ACLT (African Caribbean Leukaemia Trust) and selfless members of the general public, I am praying we will find the unrelated match Aurora so desperately needs.”

So far, many strangers have stepped forward offering their support to Aurora, her mother Keisha and Keisha’s partner Ethan and one of these individuals is a London Underground worker, Patricia O’Donoghue.

Patricia, an electrical fitter for London Underground, first came across Aurora’s plight via Facebook earlier this year. The social media post immediately moved Patricia’s thoughts as to how she could help young Aurora.

Knowing the chances of finding a matched donor for people who are Black or mixed-race comes with many challenges due to the lack of donors available on the stem cell register, Patricia decided to reach out to her work colleagues and senior management at London Underground and Transport for London (TfL), where she has worked for the last 30 years, to raise awareness amongst their 25,000 members of staff.

Understandably moved, Keisha was moved by Patricia’s offer of support. She said: “When I initially received the direct message on Facebook from Patricia; a complete stranger, I was taken aback that someone who didn’t know me or my family would want to help in this way. Ethan and I are desperate to find a match for Aurora, it is our only hope – so hearing from Patricia and what she wanted to do, lifted us up.”

“I’m comforted to know there are people outside of my immediate circle who too, want to ensure my little girl beats this life-threatening illness…”

“The last six months have been an incredibly difficult year for my family. Stage 4 cancer is not something you want anyone to experience, but when it’s your child, the heartbreak is indescribable.  In August, my son Oscar, who is less than a year old was diagnosed with epilepsy and in September, my two-year-old daughter Ada-Ireland, was diagnosed with congenital adrenal hyperplasia. Right now, I’m having to juggle a lot, physically and mentally, however with support from Patricia and now blood cancer charity ACLT, I’m comforted to know there are people outside of my immediate circle who too, want to ensure my little girl beats this life-threatening illness and they are actively doing things to help. I can’t express how grateful I am to them all.”

ACLT co-founder, Beverley De-Gale OBE said: “Joining the stem cell register is a simple process for registrants, who provide cheek swabs. Many who are on the stem cell register won’t be called to be donors, but those who do join an elite club of individuals who selflessly made the decision to save the life of someone they don’t even know through a simple procedure, which is very similar to donating blood.

“Aurora is mixed race (White British and Black Guyanese), so her lifesaving donor could come from either of these backgrounds or both.”

To find out more about how you can join the stem cell register, please visit www.aclt.org

“We must be the change we want to see!” says Tàta Storytime founder

Could a career in the health service be the change you are looking for?

@Melanmagazine
Introducing indoor plants into your home might be the new look you’re craving, but did you know that they can help… https://t.co/26RCgsmTNy
53 minutes ago
Try these three salad recipes from raw-food chef Valerie McKen. Good health and eating well go hand in hand and i… https://t.co/3Zw82QREGM
12 hours ago
“This is how I am celebrating Nigerian cuisine”: The Orishirishi Cookbook ''The Orishirishi Cookbook is a celebra… https://t.co/yq5E9FYPF5
19 hours ago
All the things you should see and do on a holiday to Trinidad, Cuba. “A great way to experience the town is to pat… https://t.co/hwxPKyvCDB
yesterday
What to watch this week: The High Note starring Tracee Ellis Ross. One of our faves Tracee Ellis Ross is acting an… https://t.co/XnF9wd5Fk0
yesterday
Follow