Breast cancer survivor Kemi Olowe and Dr Uju Zoe Ani are encouraging women to get up close and personal with their breasts.

The statistics around breast cancer and Black women are frightening.

Research suggests breast cancer is more likely to reoccur in Black women and that we’re less likely to survive the disease than white women. This particular study also found the excess mortality of Black women was much stronger in women aged up to 49 than in those aged 50-plus.

Not only that but a lack of visibility of Black women within breast cancer campaigns and medical literature is contributing to a deadly myth that breast cancer is a “white woman’s disease”. We’re also statistically shown to be less likely to attend mammogram appointments when invited to by the NHS.

Kemi Olowe was diagnosed with breast cancer after a doctor first told her the painful lumps she felt weren’t cancerous because they hurt. (Yes, you read correctly.) She has blogged about beating cancer at 33 and together with Dr Uju Zoe Ani held a breast cancer awareness session on 1 October via Zoom to get more women checking their breasts at home and to know exactly what to look out for.

You want to look out and feel for the following at the same time each month, so set a recurring alarm if you’re likely to forget:

But first, you need to be familiar with what your breasts are like normally so it’s essential to regularly look at them in the mirror and coppafeel.

Read our feature on “How to check your breasts”

This is included in the breast awareness five-point code Dr Uju explained.

Dr Uju said: “If you’re over the age of 50 and you haven’t yet gone for a mammogram, please do get in touch with your GP because there’s a national health screening service where you’ll be invited for a mammogram every three years under the NHS. That’s something that’s really important to take advantage of…it’s here and it’s free.

“If you’re under 50, unfortunately, it’s not available to you as regular screening, but if there are any changes you notice, you’ll be referred to the hospital for investigation with an ultrasound.” 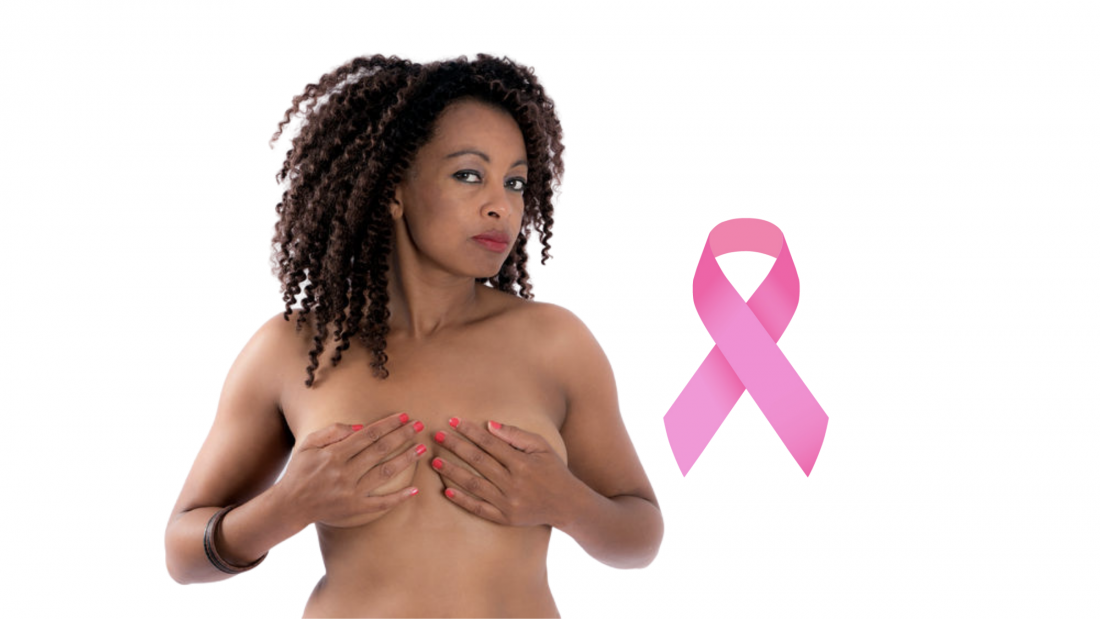 Provided you’re registered with the NHS, any woman between 50 and 70 years old should receive a letter from their GP for breast cancer screening. The painless X-ray procedure can detect breast cancer at a very early stage, Dr Uju said.

Referring to women of any age, she added: “If [any abnormality] is detected, you’ll be sent to a one-stop clinic and seen within two weeks. They’ll take a full history from you and do a breast examination again.

“If you feel like you’re being ignored, it’s important to keep going back…If the breast cancer is detected very early then you have the best chance of survival.”

“If you’re over the age of 50, you’ll have a mammogram and if you’re younger than that, you’ll have an ultrasound scan. The last thing that will be done is called a histology which is a needle biopsy that’s taken on any lump or suspicious tissue. It’s looked at under a microscope to determine whether it’s cancerous or not.”

Breast cancer is the most common cancer in the UK and amongst women. When Kemi first felt a lump in her breasts, she wasn’t listened to by doctors, which is a common story amongst Black women. Dr Uju reiterated the importance of persistence when raising concerns with your doctor.

She added: “If you feel like you’re being ignored, it’s important to keep going back…If the breast cancer is detected very early then you have the best chance of survival.”

To learn more about Kemi’s story, head over to her YouTube channel.

Melan also recommends you follow these other women and organisations speaking up about breast cancer:

JOY: A film that warns youth of the impact of knife crime comes to schools