Last week we showcased the Black British Queens who are using their voices for positive change, this week we take a look at some of the personalities who are digging deep into their pockets to support the movements for racial justice. 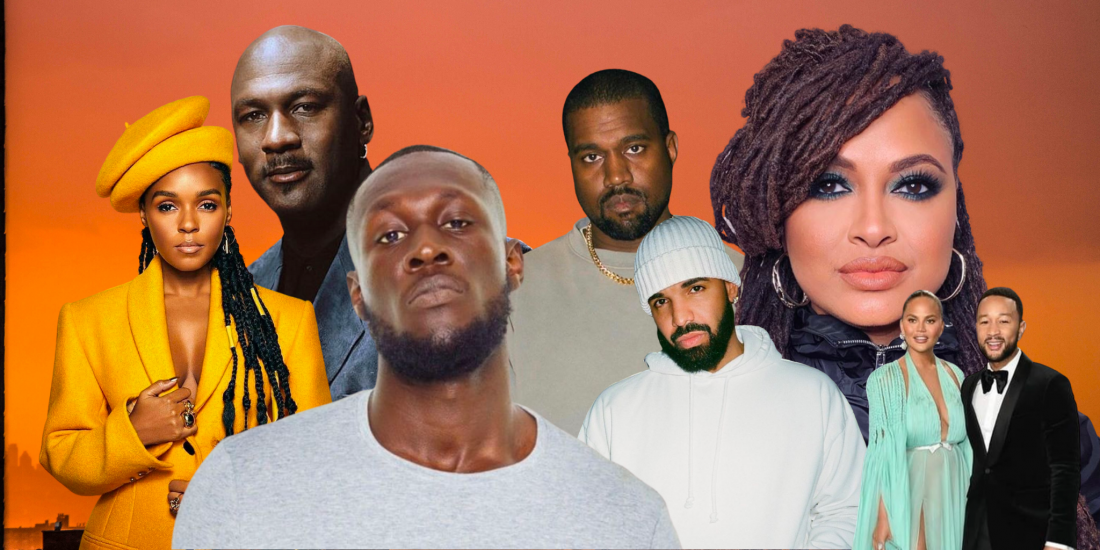 Always leading from the front when it comes to supporting the Black community, earlier this week Stormzy announced he would be donating £10 million to Black British causes over the next 10 years as part of a lifetime commitment to lift fight racial inequality and raise Black empowerment. In a statement he said:

“The uncomfortable truth that our country continuously fails to recognise and admit is that Black people in the UK have been at a constant disadvantage in every aspect of life – simply due to the colour of our skin. I’m lucky enough to be in the position I’m in and I’ve heard people often dismiss the idea of racism existing in Britain by saying, ‘If the country’s so racist how have you become a success?!’ And I reject that with this: I am not the UK’s shining example of what supposedly happens when a Black person works hard. There are millions of us. We are not far and few. We have to fight against the odds of a racist system stacked against us and designed for us to fail from before we are even born. Black people have been playing on an uneven field for far too long and this pledge is a continuation in the fight to finally try and even it.”

Ava DuVernay’s films are her activism, including 13th and her last project on Netflix, the emotional When They See Us. Unsurprisingly, she’s using visual art as a medium to make a difference for Black lives.

It was back in May when Ava retweeted a video showing disproportionate force once again being used against a Black man, commenting: ‘Can anyone identify these cops for me? I’m starting a new project.’ True to her word, she has, and it’s called the Law Enforcement Accountability Project or LEAP.

Unveiling LEAP this week, the project will finance new stories about police abuse with the goal to hold cops accountable. The project will be launched through her radical narrative nonprofit changer Array Alliance.

Starting with a $3 million budget, made up by other contributors such as Ford Foundation and screenwriter-producer Ryan Murphy, LEAP’s mission will be to “disrupt the code of silence that exists around police aggression and misconduct.”

Kanye has donated $2 million (so far) to help the Black families of victims in the fight for racial justice.

George Floyd’s six year old daughter Gina will have her future schooling and tutoring covered by Kanye, who’s set up a plan in her name.

Michael Jordan is reportedly donating $100 million over the next ten years towards organisations whose work is to ensure racial equality, social justice and education.

In a statement, the Jordan brand, said: “Black Lives Matter. This isn’t a controversial statement.”

“Until the ingrained racism that allows our country’s institutions to fail is completely eradicated, we will remain committed to protecting and improving the lives of Black people.”

On his Instagram stories Drake posted a screenshot of his $100,000 National Bailout Fund donation.

On its website, National Bail Out calls itself a “Black-led and Black-centered collective of abolitionist organizers, lawyers and activists building a community-based movement to support our folks and end systems of pretrial detention and ultimately mass incarceration.”

Janelle has donated some of her Monáe, $100,000 of it. The donation will go to the Minnesota Freedom Fund. The fund is used to bail out protestors across the country, while also calling on white people to stand up to racism. “Because we need you,” Monáe says. “We need more people inside these places, inside these police precincts and these buildings, to stand up. And to be marching. And to be right there with us,” she said to Variety.

John, along with his wife Chrissy, have pledged to donate $288,000, and revealed in a tweet the charities they’re donating their money to, including the Bail Out Project, Movement for Black Lives and National Lawyers Guild.

The preceding list of celebrity donations is great, but we want to acknowledge the hordes of ordinary people who don’t have the deep pockets of these personalities but are still donating what they can or supporting the fight against structural racism and inequality in countless other ways. Thank you!

What do the next 10 years look like for the Black Cultural Archives? #BCA2030