When it comes to treating serious illnesses like breast cancer, where Black women are known to suffer worse outcomes than anyone else, why do we rely on a science and medicine that have been trialled, almost exclusively, on European males? 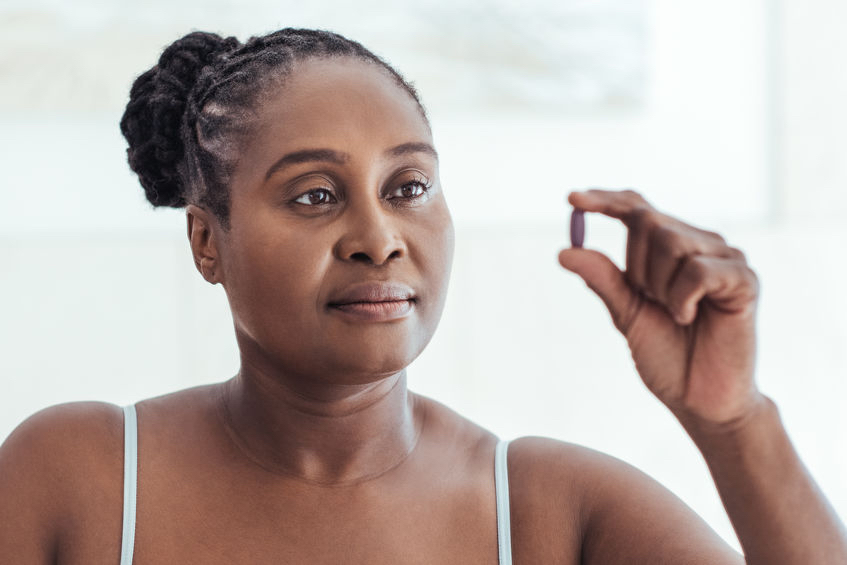 The study also highlighted the fact that being of “Black’ ethnicity is an independent risk indicator of poor prognosis in young women with invasive breast cancer, suggesting current treatment approaches may be less effective in this population…further research will be required to determine why these Black women may have poorer outcomes”.

Why is the prognosis so negative for Black women? Just because you are Black, you automatically become more prone to having a more aggressive type of breast cancer?

As Sam Cooke said in his song “It’s a man’s world’, but it wouldn’t be nothing without a woman or a girl”, it’s clear that the medical industry still hasn’t got that memo. While it’s beyond stating the obvious that men and women are different, yet for decades, the medical industry has been built on the fact that we are fundamentally the same. It seems beyond belief that many of the medicine we use are trialled on the European male who is structurally and physically very different, obviously from Black women.

“It seems beyond belief that many of the drugs we use are trialled on the European male who is structurally and physically very different, obviously from Black women.”

Allow me to put my science hat on!

All humans contain the exact same genome. That genome is 99.9% identical, the remainder is what makes each person unique. That 0.1% is what makes everyone look different from one another, even identical twins are not the same, although they may look alike. Just think, that small difference is what gives us our eye colour, height, body shape and also risk for certain diseases etc. It’s amazing!

When it comes to race, it is a concept. In fact, studies on genetics refuted the idea of race as nothing more than a specific set of attitudes, beliefs and behaviours imposed on different populations to justify Western European invasion. That said, let’s use ‘race’ to scrutinise the differences in humans.

Now…if most, if not all medicine prescribed by doctors is based on the European male anatomy and physiology, that could probably explain why current treatment approaches may be less effective for Afro Caribbean women, right?

Think about it; there is a 0.1% variance in all human beings and there is a major difference in chemical pathways, and our anatomy and physiology are completely different, why should we expect the same outcomes?

Some of us will have European DNA for sure, however, the darker you are, the more likely you are to be African DNA dominant (you can get this checked of course). So perhaps these differences could explain why Afro Caribbean women tend to suffer worse outcomes when it comes to serious illnesses. The medical model is a one size fits all approach. If 10 people have the same disease, they will all be treated the same. Our differences are rarely taken into account.

So what can we do?

Cancer Research suggests most cancers can be prevented if caught early enough and if we upgrade our lifestyle. In my career in holistic health and wellbeing, I do my best to educate others as I really do care but changing eating habits can be the most challenging thing that I get my clients to do. Before I specialised in fibroids and womb health and before I knew any better, I literally battled with clients who would bargain to keep eating foods that were not serving them in any way shape or form. To say it was frustrating is an understatement.

Many of us know what we need to do to ensure we get and stay healthy, doing it consistently is another matter. Optimum health is within the grasp of anyone who is prepared to do the work. Yes, you have to work for it like anything else, there are no quick fixes. Great health comes with a never ending and constant review of what you are doing. With each decade, whether you are in your 20s, 30s, 40s or 50s, you can prevent the onset of most lifestyle diseases if you live and eat according to your unique anatomy and physiology.

Even if you start by simply drinking more water, it’s a start! Build up positive changes gradually, there is no rush. Food is powerful and will have a profound impact on your whole life. I cannot tell you how you will feel when you make these changes as it’s different for each person. What I can say is your body is a wonderful ‘machine’ constantly working to keep you alive and safe. Instead of hating on your body; look after it with nutritious wholesome food, lots of love, sunshine and water. Then watch the transformation!

As Black women, we need to take more control of our health and stop relying on a science that doesn’t feature our physiology at its centre.

This content is based on my personal knowledge, opinions, African-centred research, and experience as a holistic health and well-being mentor. It is intended to be provided for informational, educational and self-empowerment purposes ONLY. Always consult your doctor for medical advice.

“What has motherhood taught you about yourself? 17 mums reveal all