This week in the news, It’s farewell to the Duchess of Sussex as she signs off her royal engagements with a surprise visit to Robert Clark School in Dagenham, eloquently encouraging pupils to ‘value and protect’ women and ‘stand up for what is right’. During her speech, the Duchess goes off the cuff and invites one brave man in the room to say what he thinks is the importance of international women’s day. Head boy, Aker Okoye, steps up to the stage, and opens with, “she really is beautiful innit!”

The Duke and Duchess of Sussex made their final official appearance as senior royals at the Commonwealth Day services at Westminster Abbey. The Duchess of Sussex wore a gorgeous emerald-green cape. While still here Meghan also attended a meeting for the Association of Commonwealth Universities and the National Theatre, both patronages that she will try to keep a connection to.

Meghan has since returned to Canada to be reunited with Baby Archie. 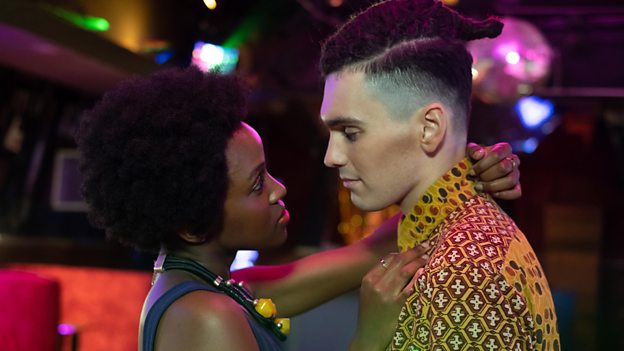 Author Malorie Blackman’s award-winning teen fiction novel series, Noughts + Crosses has been adapted into a TV Drama by the BBC and premiered earlier this month. Now available to watch on BBC iPlayer.

The story takes place in an alternative dystopian 21st-century Britain, a world where Crosses are Black and rule over the White Noughts—segregated by class and privilege, where interracial relationships are forbidden. The narrative focuses on a love story between two friends Sephy and Callum, one from each side, Callum a ‘Nought’, and Sephy a ‘Cross’.

Jazzie B honoured by Music Walk Of Fame

Jazzie B, the founder of the Grammy-award winning Soul II Soul, has been honoured with a stone on the Music Walk of Fame.  The soul act is the fourth to win the accolade, alongside musicians The Who, Madness, and Amy Winehouse.

The MWOF sets in stone the names of those that have blazed a trail through the world of music. On receiving the award Jazzie B, a world-renowned DJ, was clearly emotional as he touched the stone in Camden.

A much-loved group, Soul II Soul is famous for hits like Keep On Movin and Back to Life (However Do You Want Me), and have won two Grammys, and five Brit Awards nominations.

Ariyonna, you are gorgeous. In a world that sometimes tries to say otherwise, I want to tell you—and every other beautiful, intelligent, brave black girl—just how precious you are. #blackgirlmagic @lilwavedaddy #Repost @yenedamtew

Our collective hearts broke as we watched four-year-old Ariyonna shed tears, in a now-viral Instagram video , look into the camera and say “I’m so ugly”. Recorded via Instagram Live, Ariyonna was getting her hair done by Atlanta based hairdresser and rapper, Shabria aka Lil Wave Daddy when she said these heart-breaking words. Lil Wave Daddy, comforts her saying, “When you look at yourself you suppose to say, ‘I am so pretty’— you got the prettiest little dimples, you are so cute”.

News of the video first appeared on The Shade Room and has since spread across social media, receiving a heartening response, including Facebook, where it’s retitled as Hairdresser Speaks Love & Light Into 4-Year-Old After She Looked In To The Camera & Said “I’m Ugly.

The message that many are taking away from it is the importance of speaking love and positivity to children from birth. The little girl has also received love and support from Black superstars including Viola David, Jada Pinkett Smith, and Michelle Obama, who reposted the video on her Instagram. Also, Hair Love Oscar-winning director Michael Cherry has started a twitter campaign celebrating 4-year-old girl.

Everybody’s Auntie, Floella Benjamin is now a dame, after receiving her damehood from Buckingham Palace earlier this week. Speaking to BBC, she said: “my whole life is about giving unconditionally. I don’t expect anything for it, but when something like this happens, you do feel bowled over, and you feel this lovely feeling in your heart.”

TV presenter, singer and politician, Baroness Benjamin has tirelessly campaigned for children for more than 40 years, supporting high profile charities including Beating Bowel Cancer, Barnardos and the Sickle Cell Society. She said in the same interview with the BBC: “I’ve given my heart and my soul to children, especially to make sure they understand that they’re loved too and that there is so much they too can do if they feel confident about themselves.”

Seasoned traveller, Campbell is clearly not taking any chances when it comes to catching anything on her travels. With the global spread of Covid-19 Campbell has simply upped the ante on her lengthy pre-flight routine. Already known for her intense pre-flight scrub downs, with quirky videos of her travel routine going viral last summer, this new look serves as an upgrade.

Barbie is releasing a doll inspired by British sprinter Dina Asher-Smith as part of their Shero campaign, to honour remarkable women such as tennis player Naomi Osaka or boxer Nicola Adams, by creating a bespoke, one-off Barbie in their likeness.

Collaborating with Barbie has given Dina input into the doll’s design. In an interview with Stylist, Dina shares three things that were important for the design of her doll: hair texture (complex goddess braids), muscles (strong powerful thighs) and her jewellery (rings and earrings).

Dina is Britain’s fastest women in recorded history, being the only British woman to run 200m in under 22 seconds (21.89 seconds).  And to a high achiever like Dina, working with Barbie, “feels like a real cultural achievement.”

Broadcaster, author and journalist Afua Hirsch was honoured with the Campaigner of the Year award at the Broadcasting Equality Awards ceremony earlier this month. Her efforts towards campaigning for broadcasting equality ensured that she is the first recipient of the award.

On her website, Afua said: “You don’t do this for recognition, but when you get it, you realise it has taken, not a village, but a movement. Thank you.” Afua’s mum, dad and sister were also at the awards to celebrate with her. 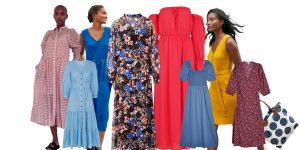 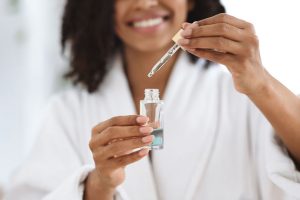 In The Long Run: Idris Elba to return in third series of his Sky One series

Opinion: When it comes racism and oppression, let’s work together better

Who are you voting for in this year’s Black British Theatre Awards?

What to watch this week: The High Note starring Tracee Ellis Ross

Why you should be consuming more fruit & veg (even if you don’t like them!) 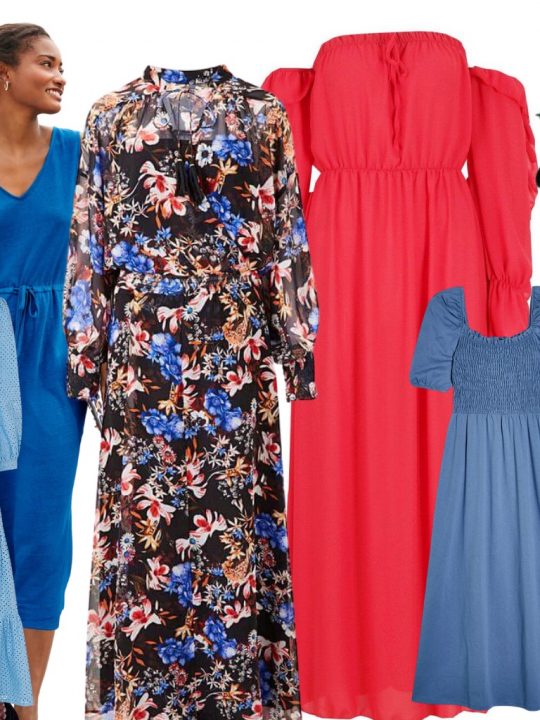 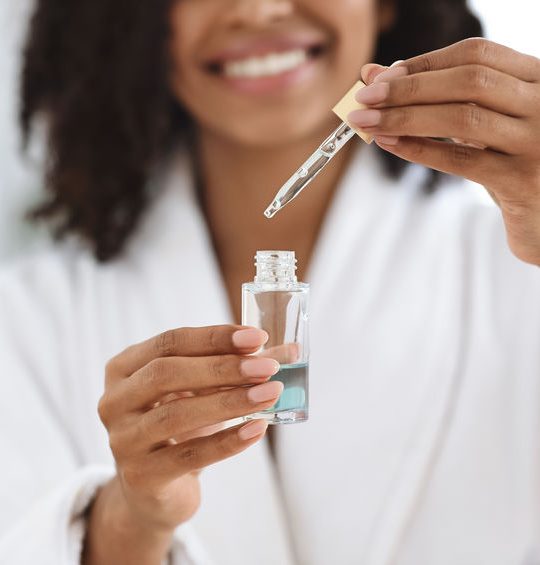 In The Long Run: Idris Elba to return in third series of his Sky One series 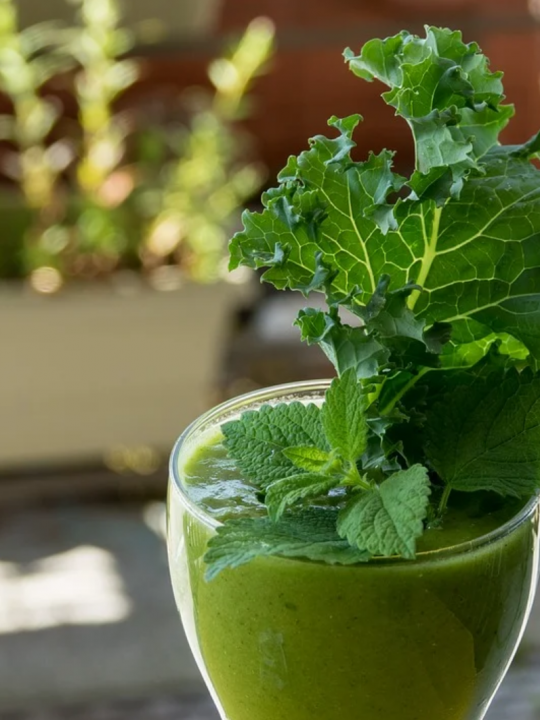 @Melanmagazine
“In The Long Run: Idris Elba to return in third series of his Sky One series” https://t.co/Aj39enyxUW https://t.co/UEGixfLNes
3 hours ago
“Candice Braithwaite’s debut novel shines a light on Black motherhood” https://t.co/HFnMZuLT1e https://t.co/elIOaZ3UxI
10 hours ago
RT @CoppaFeelPeople: Loving your body can sometimes feel difficult, but it can help to try focusing on all of the amazing things your body…
12 hours ago
RT @angielemar: Truly honoured to be one of the writers on BBC Soon Gone, A Windrush Chronicle, this was more than a great experience, con…
12 hours ago
RT @thedalstonyears: Lots of editors are compiling lists of BAME writers, and I applaud that. But if they *only* commission them to write a…
12 hours ago
Follow