In this second article in a series on Afro hair & beauty and technology, Ovi King, founder of Hair Care Revolution UK, highlights his progress on bringing together the two sectors and what needs to be done to assure the future success of the Black hair and beauty industries.

I recently had the honour of interviewing some pioneers within the Afro hair and beauty space for Hair Care Revolution UK’s (yet to be titled) documentary series on the history and legacy of the pioneers and visionaries who helped to shape the UK Afro hair industry. I listened intently as they recounted stories of taking impromptu flights across the Atlantic in the 80s, to places like New York and Atlanta to meet with Black owned companies, the leaders in Afro hair products at that time, bringing back suitcases full of much needed Afro hair supplies to under serviced Afro hair consumers here in the UK.

“We also have a generation of young, tech savvy, would-be-entrepreneurs, leaders and innovators who are in need of mentorship, training and opportunities”

Sadly, many of these multi million dollar companies have long since been bought out by larger groups, wound down operations or simply gone out of business as consumer trends and needs have changed over the years. Another big factor was the competition from various ‘other’ ethnic groups who were [and still are] keen to cash in on the lucrative Afro hair and beauty market.

During the interviews, one of these pioneers, who was given his start in the industry by the legendary ‘Cosmetic Kings’ Dyke and Dryden, explained the model he used to set up his successful hair care business. He explained how he was coached and how this shaped his work ethic, mindset and subsequent success. The lessons here being mentorship, experience and opportunities presented to him in his early years had a significant impact on his overall achievement.

However, with the relentless shift from the old world to the new with the progress of the technological revolution across all industries, I can’t help but consider what the future will hold for some of the pioneers who have managed to successfully navigate the last quarter of a century. Will they evolve, can they adapt?

The next 10 years will no doubt open up a whole new world for the Afro hair and beauty space. This new era is guaranteed to present opportunities and obstacles in abundance which many may find daunting. The pioneer we interviewed, mentioned earlier, admitted that he found the whole concept of internet and social media “a mystery”.

On the other end of the spectrum, we also have a generation of young, tech savvy, would-be-entrepreneurs, leaders and innovators who are in need of mentorship, training and opportunities. These digital natives have already consumed more content and created more data on the internet in the last five years than has been created in the entire history of the world so far.

Some interesting stats around the changing technology landscape

In an internet minute:

How soon until we get to the place where there is a meeting of minds between those with experience, insights and resources like our Afro hair and beauty pioneers and the new era of adventurous, hungry and visionary young talents eager to disrupt or stake their claim on the future established industries by finding ways of making things better, faster and cheaper?

Earlier this year, during the summer, I got talking to a student studying Aero Space engineering at the University of Greenwich. He spent quite a while trying to explain to me his start-up idea which had been approved for development by the university. The concept, which you would need a PHD to really understand, is a device for spaceship engines, which I won’t even attempt to explain in a paragraph as it took all of 10 min for him to explain it to me!

He then asked what I did. I explained my areas of interest in the future of hair and beauty and technology (in less than 2min). Almost instantly I saw a light bulb go off in his head and he began rolling off an idea involving hair and virtual reality which he thought could work well. I loved the concept he shared with me and asked him if he would be interested in bringing it to life. His reply was that I could have it, but only if when I brought it to life, I would make him a consultant. 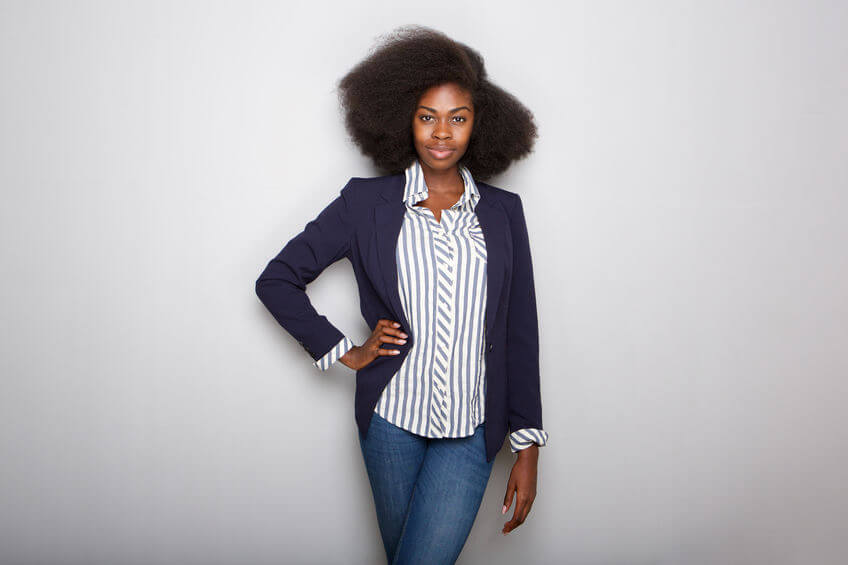 This intermingling of wisdom, big ideas and the confidence to see it through could be the highway to financial heaven for anyone interested in bringing Afro hair and beauty technology ideas to life.

As for the young engineer’s idea? Watch this space….