Shana Jackson is the author of the UK’s first Black children’s detective series, High Rise Mystery, released in April 2019. Melan talks to her in an exclusive interview to learn why representation is essential in all literary spaces. 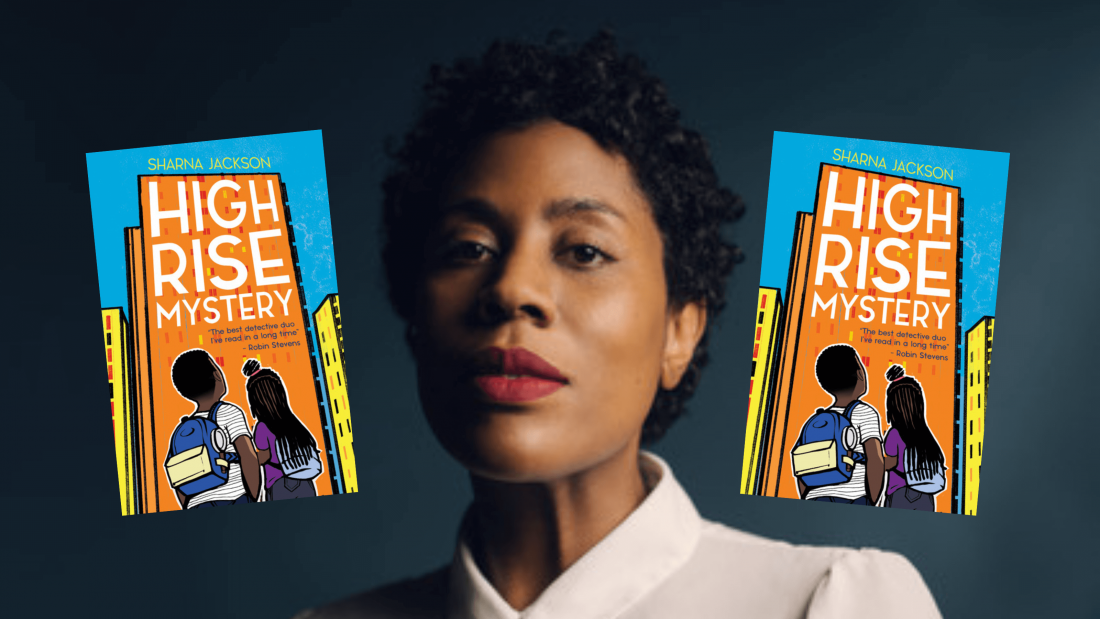 High Rise Mystery is Jackson’s brilliantly original novel, a gripping and fast-paced narrative following the story of two smart street wise sisters, Norva (13) and Nik (11), who discover a dead body in their South East London estate and set about solving the complicated mystery.

An advocate for diverse representation across children’s media, Sharna is a member of BAFTA’s Children’s and Learning and New Talent committees and the Children’s Media Conference advisory board. She is also the Artistic Director at Site Gallery in Sheffield and is on the board of Sheffield Doc/Fest, Upswing Aerial Arts and New Writing North.

In our interview, Sharna talked about why it is important for young readers to see more diversity in books drawing on her own experiences of growing up without many Black protagonists.

Read our interview with Sharna Jackson below.

You’re already a champion of diverse representation in children’s media, why did you want to be an author?

Thank you! Throughout my career, over the many jobs I’ve had, I’ve worked to engage children and young people with arts, culture and publishing, considering how I could get diverse and disengaged audiences to partake.  I worked at Tate for many years starting a platform for kids to engage with their collections and exhibitions. I had two art activity books published by Tate, and I wrote an audio guide for kids for a museum – The Broad, in LA. I see High-Rise Mystery as an extension of my personal mission, really.

“All children need to see themselves and others reflected in culture – representation leads to empathy.”

How did you settle on the theme of a Black children’s detective series?

My mum was obsessed with Sherlock Holmes (particularly Jeremy Brett’s portrayal) so I had early exposure to the genre. We also liked a lot of noir – I wrote a short film script called Investigating Eternity when I was 16. The twists and turns, chicanery and all-out scammery of murder mysteries are thrilling. Transposing those conventions to new contexts and types of writing, re-appropriating that Edwardian world into contemporary contexts was a fun and interesting process.

As a pretentious student, I would experiment with writing stories in untraditional formats – written as till receipts, wills, job application forms – often ephemeral pieces of paperwork that can reveal a narrative in a new way. This has some synergy with evidence and clues in a murder mystery – what you can tell about a person from the paper they leave behind. Murder mystery is basically a game that can be played and written in new ways. 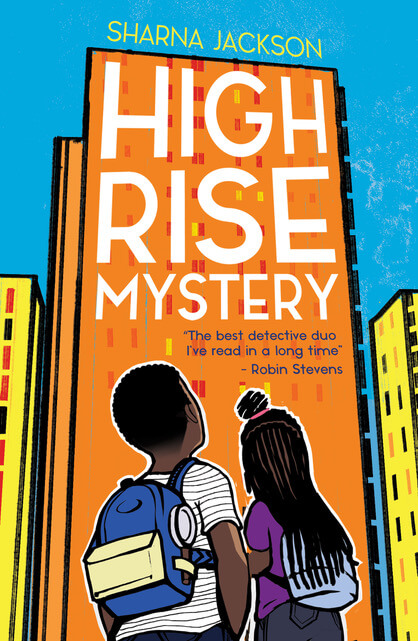 How important is diverse representation within children’s fiction?

All children need to see themselves and others reflected in culture – representation leads to empathy. That visibility is extremely important, but so is moving away from stereotypes and one-note, ‘prop’ characters. I don’t just want to read about Black children in ‘issue-based’ narratives. Why can’t Black children exist in ‘white’ genres? Why can’t the see themselves being clever, creative and having fun?

“…visibility is extremely important, but so is moving away from stereotypes and one-note, ‘prop’ characters.”

Describe your writing process for this book?

That (mis)quote about “having written is great, the process of writing is terrible” is spot on. I did a number of things:

Tell us about the premise of the story

There is a murder on The Tri – the high-rise home of sister-sleuths Nik and Norva. During the hottest day of the year, they find the body of their art teacher. They have to quickly find the culprit, as fingers start pointing at a suspect close to home.

Are Norva and Nik (the protagonists in the series) based on anyone you know?

In truth, they’re based on both sides of my personality.

What do you want readers to take away from the series?

What other authors do you admire and why?

Malorie Blackman is a complete legend – imagine starting your career in computing, becoming an author, scriptwriter and playwright. A pure polymath.

Are you working on any other books?

I’m working on the follow up to High-Rise Mystery and I am also developing two proposals for art-based books.

What other projects are you working on?

I’m working full time at my day job – I’m the Artistic Director at Site Gallery, an art space focusing on New Media, Moving Image and Performance. We’re programmed until 2021, so lots of work ahead. Outside of that, I’m working on a pre-school animation script with Haruworks in Finland and a soon-to-be-announced project with Southbank Centre. I’m mostly tired.

I hope Nik and Norva encourage a new generation of readers to love crime.… reading about it, that is.

Age ain’t nothing but a number: Reviewing Marsai Martin’s Little

The male version of Slay In Your Lane? Lit review: Derek Owusu’s SAFE