We don’t know what we did to deserve this, but two of our favourite Academy Award-winning actresses Viola Davis and Lupita Nyong’o are set to star in a West African female warrior tale based on true events and we’re here for it!

TriStar Pictures have announced that they have acquired worldwide rights to Dahomey Amazons of Benin spartan tale The Woman King, inspired by true events that took place in The Kingdom of Dahomey, one of the most powerful states of Africa in the 18th and 19th centuries, The Woman King tells the story of Nanisca (Davis), General of the all-female military unit known as the Amazons, and her daughter Nawi (Nyong’o), who together fought the French and neighbouring tribes who violated their honour, enslaved their people, and threatened to destroy everything they’ve lived for. 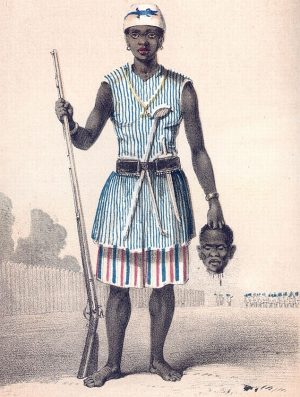 Speaking of the film, which is based on an original story by Maria Bello, Hannah Minghella, President of TriStar Pictures, said: “The Woman King is the powerful true story of an extraordinary mother-daughter relationship, and there’s no-one more extraordinary than Viola Davis and Lupita Nyong’o to bring them to life.”

Viola, is also one of the producers for the film, along with her production company (Juvee Productions) partner (and husband), Julius Tennon, who said: “The Woman King has the potential to be a game changer for women of colour everywhere.” He continued “Viola and our team at JuVee are beyond excited to partner with Sony/TriStar to bring these fierce women to the big screen.”

Cathy Schulman, of Welle Entertainment, another producer of the film, said: “Black Panther just showed us how the power of imagination and lore could reveal a world without gender and racial stereotypes. The Woman King will tell one of history’s greatest forgotten stories from the real world in which we live, where an army of African warrior women staved off slavery, colonialism and inter-tribal warfare to unify a nation.”

We can definitely see the parallels between these warrior women and Black Panther’s Dora Milaje, but the difference is that the Dahomey Amazons were real!

If you’re an aspiring BME entrepreneur, you need to be at #Founderfest2018

6 Things Meditation Can Do for You

@Melanmagazine
RT @BarackObama: Happy birthday, Michelle. My love, my partner, my best friend... https://t.co/5oDMOgcsWI
5 days ago
RT @acltcharity: 5⃣0⃣ and counting!!! Join us in congratulating our co-founder, @OrinLewisOBE, who donated blood for the 50th time. 🥳 We h…
5 days ago
RT @PinkyTuscad7: Why we need to start training the next generation of Afro hair stylists https://t.co/dUWLXV01AL via @melanmagazine
13 days ago
A life, well lived. Rest in power Sidney Poitier - February 1927 – January 2022 🙏🏾🖤 https://t.co/BIYyz3FLWI
15 days ago
Anansi Boys: Everything we know about the @AmazonStudios series so far - Amarah-Jae St. Aubyn and Grace Saif join M… https://t.co/9lR9ieKVfW
16 days ago
Follow