No doubt, 2017 was a good year for Tiffany Haddish, so it’s great to see her join Omari Hardwick and the legendary Billy Dee Williams, to pick up awards in the 2018 American Black Film Festival, which is taking place on 25 February 2018 at the Beverly Hilton in Los Angeles.

The annual award show celebrates individuals of African descent who have made their mark, and salutes the year’s best movies and television shows. Actor and comedian Cedric The Entertainer will be hosting the 2018 event.

Tiffany Haddish is quickly establishing herself as one of the most sought-after comedic talents in television and film. Haddish starred in Universal’s hit summer movie, Girls Trip, alongside Jada Pinkett Smith, Queen Latifah and Regina Hall. She will next be seen starring with Tracy Morgan in the new TBS show, The Last O.G and just wrapped production on Universal’s, Night School, with co-star Kevin Hart. Recently, Haddish broke barriers and became the first black female stand-up comedian to host SNL. Her journey to success has been inspirational to many and while we should acknowledge that she is no ‘overnight success’, it’s great to see her receive the “Rising Star Award,” in the upcoming awards gala. 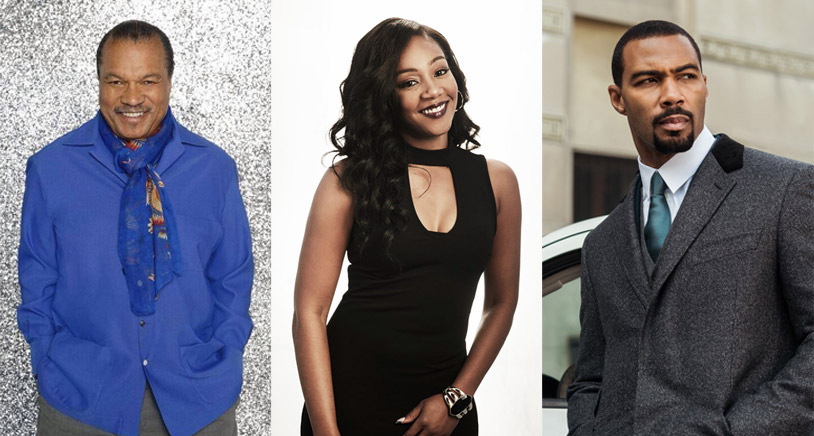 Also up for an award is actor Omari Hardwick who’ll receive the “Distinguished ABFF Alumni Award”. As an actor, musician and poet, his breakout role in the hit Starz series, Power, has catapulted him to superstar status. Past television and film roles include Tyler Perry’s For Colored Girls (2010), and BET Network’s Being Mary Jane.

Legendary actor, singer and writer Billy Dee Williams is set to receive the “Hollywood Legacy Award”. His acting portfolio includes playing Lando Calrissian, in the Star Wars franchise but who can forget him as the smooth and charming love interest for Diahann Carroll on ABC’s, Dynasty?

Award-winning director and producer, Ava DuVernay, will receive the “Industry Visionary Award.” This award is presented to a pioneering artist in acknowledgment of their outstanding accomplishments in the motion picture and television industry.