There’s something about Viola.

The versatile and talented actress is unconditionally loved by critics and audiences alike, and is recently also getting much love from Hollywood too, having picked up a Golden Globe and SAG Award for her stunning performance in Fences. At the time of writing this piece, she had also bagged a third Oscar nomination in her career, the first black actress to do so. 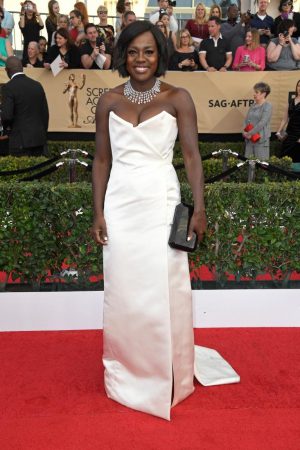 The 51-year old character actress has amassed an enviable and critically acclaimed body of work that includes heavy-weight films such as Doubt and The Help, but many also know her for her portrayal of Annalise Keating in How to Get Away With Murder, where she plays with gusto and obvious relish, a character that is highly sexualised, sociopathic and extremely smart, a rarity in roles for women of colour.

Viola was recently hosted by BAFTA as part of their BAFTA, A life in Pictures series. She spoke frankly to writer, broadcaster and film critic, Danny Leigh about her background and influences, her career and the politics of Hollywood and how, in spite of her success, she still has to audition for roles, just like everybody else.

Learn more about Viola, in her own words…

On winning awards
I’d rather get the job than the award, but it is the icing on the cake. Only because I’ve been on both ends of the spectrums of not getting the award which is brutal too, right. But I always focus on the silence after the awards, the flowers come you know, the champagne comes, and then nothing.

On growing up poor
It shaped me as an actress like anyone’s childhood would shape you. I mean I grew up in, I always say abject poverty because I hear so many people say, “I grew up poor too, there were times when I didn’t even have breakfast!”. No, I grew up ‘paw’.

That’s one lower than poor! I didn’t have breakfast, lunch and dinner, you know. That was how I grew up, I mean you can imagine, you can do the math if you have a mom who has an eighth grade education, a father who has a fifth grade education, and his skill was he groomed horses, he groomed some of the most famous horses in history, but he was a groom, and we moved to Central Falls Rhode Island when I was two months, three months old and so we lived in Rhode Island in abject poverty in condemned buildings, that were infested with rats, a lot of times. Almost never did we have hot water, plumbing never worked, never had a phone. That was really the most, 99.9 percent of my childhood.

On being a ‘people watcher’
All the time, I watch people all the time, which can be a problem. [Laughter]

Because you know when you’re watching sometimes you can forget to be kind of in life, when you’re observing it.

On not everybody making it in Hollywood
I’m at a point where I listen to people all the time saying, “You want to be a stage actor, TV actor, screen actor?”, and I’m thinking, “What does that mean?” I wanted to be an actor. Your agent calls and says I have an audition for you, like OK, and you know what, I’m gonna just be honest, sometimes you do it for the money, because 95 percent of us are unemployed at any given time, all these people you see up here represent 0.007 percent of the profession, they really do. Most actors out there, they’re struggling to eat, they have mortgages on their homes if they have one, a lot of them have put off having children, they have a horrible Peter Pan syndrome.

On tokenism and playing well rounded and real characters
I don’t care if I’m in 15 scenes, if when you put pen to paper, and you don’t have an imagination to then begin the process of saying OK, this is the first question I’m going to ask, who is she? Who does she love? What are her secrets? Did she have sex that morning? If you haven’t asked any of those questions but you put me in a lot of scenes, then it’s just as bad as being in two scenes and having no name. I see a lot of people in movies and people say hip hip hooray there’s a black woman in a movie, but by the time she’s on the screen, I’m asking all kinds of questions about her and by the time I’ve tried to answer them she’s gone. The most revolutionary thing you can do is write a human being, that’s it.

On not being allowed to get egotistical
Whenever there’s a great role out there for a woman of colour everyone has auditioned for it. And you know what, here’s a thing too, you can get a little egotistical by saying it, oh god I’m gonna audition for this, I really want this role, and I auditioned for it and I got a call back, and it was a screen test. So I had to fly to New York for it, I fly to New York, they put me up, and they give me a call sheet, I don’t know if you all know what a call sheet is, sure you do. Seven different actresses! 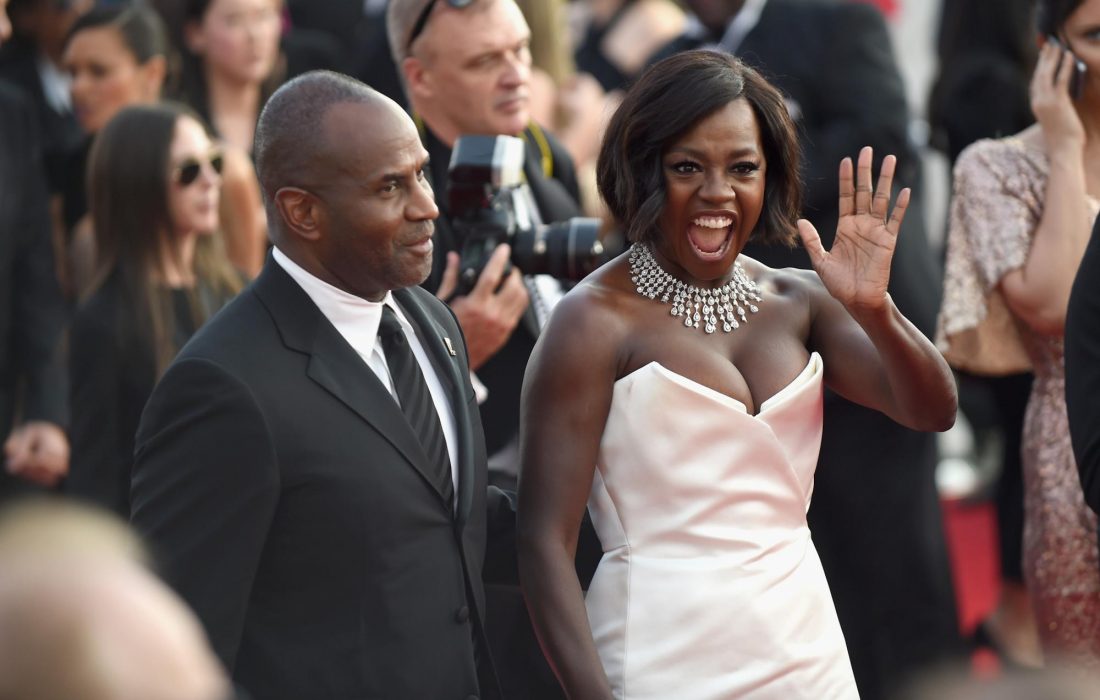 On not buying into the celebrity rat race
I mean once the performance has worked its way into the world, there is suddenly something that you haven’t faced until that point, which is the pressure of celebrity, and suddenly people are talking about you not just as an actress but you’re Viola Davis, the face on a magazine cover, Viola Davis being written about by journalists.

I was a journeyman actor for many years, I’m a character actress, I’m 51. So the celebrity part, is the hardest part. I’m like yeah I’m gonna go out looking like that because this is not what I do. That has been the hardest part of celebrity.

On acknowledging that stories/scripts get watered down for the masses
A lot of our stories, the truth is so filtered down, and then it’s given to you to make you feel very comfortable.

On playing Annalise Keating (HTGAWM)
She’s sexualised, she’s sociopathic, she’s messy, she’s smart. She’s all of those things, and the best part is she, you can’t put your finger on her, and I love that because what it affords me to do is redefine what it means to be a black woman who is 51. And, you know, once again it goes back to acting school. You would make the biggest mistake possible. But within that, those mistakes, were little moments of perfection that stretched you, and put something different out there, that people would not necessarily see you do, and that’s how I see Annalise Keating, as this fantastic experiment.

On Black people supporting their own
I remember doing The Help and we came up against a lot of my people, I will say my people, who said, “We’re not gonna go see The Help. We’re not gonna go see it, we’d rather see Spiderman, because…” I’m like OK, well you’ve already told Hollywood what you want to see. Because what they’re gonna see is you plop money down for Spiderman so they’re gonna churn out the Spiderman. And you didn’t see The Help, so they don’t want to see those kind of movies. There’s no one in Hollywood that’s gonna sit and go ‘you know what? They didn’t see The Help, so let’s try to do another film where, you know black people aren’t maids anymore, let’s do a black film where they’re just more evolved’, no they just won’t do black movies, they’ll just make more Spiderman. So you’ve got to plop down money for the ticket. That’s a big one, it’s a real big one.

Viola’s words are excerpts from a transcript of her BAFTA A Life in Pictures interview on 15 January.
Image Credit: Feature image, image 1, 2 & 3 – © SAG Awards, other images – all rights reserved and belong to respective photographers.