When the sun comes out, people often feel compelled to display quite large amounts of their flesh and unlike most years where I’ve catalogued the number of sightings of liberated nakedness on the streets of London, what some would argue as inappropriate and displaced confidence in nudity, I’ve been more intrigued by the diverse range of people whose skin has attracted me for another reason. Almost everyone appears to have a tattoo!

As a child, the only person I knew with tattoos was the husband of my child-minder, a white middle aged biker dude called Dave, and yes he did fit the stereotype. I did see tattoos on the arms and necks of white skin heads on the telly and would occasionally see black prison gangsters in American sporting their tats in films but I didn’t actually have a close relationship with anyone with tattoos, unless of course you counted my school mates and I who frequently bought stick on tattoos from the corner shop or Tupac Shakur, my husband whose poster I used to stare at before going to sleep at night.

My earliest memory of meeting another black person with tattoos was later on in secondary school where a few of my black friends mums’ had the sign of a crucifix, rose or heart near their ankle or on their breast. I’d always loved the image of the red rose and remember coming home one day to tell my strict African Catholic mother that I was going to get a tattoo when I was 18. My mum’s response was the typical old school African response, “Why do you want to decorate the beautiful body that God gave you? Is it not an insult to repaint over his work? Are you saying that what God has done is not good enough?” My internal response was ‘Grrrrrrr’ but of course I wasn’t brazen enough to vocalise my disagreement and frustration and inevitably, the good old Christian #Guilt would mess with my conscience.

By the time I got to university, a few of the ‘cool’ aka rebellious girls had tattoos on their ankles, upper arms and lower backs. I quickly caught wind of the perception of a lower back tat and assessed that perhaps I’d better wait until I was older before getting a tattoo so that I didn’t regret my decision.

But fast forward to 2016 and I can’t help but admire the tattoos on the lovely, professional looking older black women that I am see walking around and doing a good job (myself included)…Curious about their experiences, I decided to speak to a couple of women who like me were raised in black traditional households.

Pauline, 45, a senior management specialist for a reputable sports brand told me that she got her first tattoo aged 23. Like me, no one in her family had a tattoo yet she turned 18 and decided that she was going to be the first. She turned up at a famous tattoo parlour in Camden, adrenaline pumping, ready to bear the pain for beauty only to leave with the pain of being told that her skin was too dark to show the beauty of a tattoo…Hmmmm

Perhaps this was a sign from above, after all, at the time of going for her first tattoo, such art was frowned upon and associated with Punks and Rockers, a far cry from who Pauline is.

None the less, Pauline continued to do her research and finally got the first of three tattoos done. Her choice of designs are somewhat typical of women of colour; Hearts, Skulls and Tribal Markings.

Speaking to a popular tattooist in Hippie Heaven, Ealing, it has been observed that there are a few, small differences between the tattoos that black women go for in comparison to white women. The general feedback from my tattoo artist mate (yup, I’m claiming him as a mate, lining up some discount for when I decide to get my next tattoo done) is that black women tend to go for symbolic, spiritual and sentimental tattoos that are closely aligned to their heritage. Egyptian tattoos connoting royalty, tribal art to express social status, religious or spiritual belief and nature inspired tattoos that symbolize connections to the past, wisdom or concealment…oh yes, the mystery of a black woman remains in the top wonders of the world.

I hadn’t expected to get into such a deep discussion with the tattooist who thankfully dispelled the myths about keloid scaring, which of course is not limited to black woman and is not a definite outcome for black women who get tats.

I was amazed by the insight that the tattooist gave pertaining to the western influence on the perception of tattoos. Of course, tattoos have been a significant part of African history, evidenced by one of the oldest tattoos which was found on the mummy of Amunet, a priestess of the Goddess Hathor, during 2160-1994 BC. Looking to Africa and further East, evidence suggest that tattoos were used to indicate service/slavery as well as for medicinal and spiritual qualities, commemorate achievements and mark rites of passage. He supports the theory that “it was the Europeans who invaded Africa and looked upon ‘marked’ black people particularly those with tattoos who would have likely been observed as spiritual leaders as devilish”. And I guess you could say the rest is history, and the negative perception of blacks with tats ensued.

Well, whatever stopped black people from getting tattoos in the past isn’t stopping them anymore. The youngsters continue to get tattoos for both sentimental reasons as well as simply wanting to adorn art on their skin yet there are a number of older black women who are getting in on the action too.

Christine, a Nigerian grandmother, who got her first tattoo four years ago aged 55. Christine affirmed my tattooist friend’s observation. People of any age can and do get tattoos. Well, what would possess an older woman to get a tattoo? Perhaps the fact that tattoos are no longer deemed as a sin, a hindrance to progression in the western world or maybe a rebellion from conforming to perceived western class behaviour. Or maybe, just maybe…Because she CAN. With her star sign on the back of her neck, Christine exudes confidence in her identity and takes pride in her extrovert personality which made me feel like ‘this woman would be a lot of fun to hang around’.

Why didn’t she get her tattoo earlier? Well, Christine explained: “It wasn’t on my radar, I was busy being a wife, having kids, I had no time to do anything just for me but now is the time.”

Well, it may seem peculiar that a black woman with high moral values would consider getting more tattoos as she approaches 60 but if it wasn’t for the pain Christine said she would have had even more by now. Pauline has plans to get a few more in the coming months and with my already inked body I am going to be one of those mature ladies with tats on her body.

I guess you could say, in 30 years’ times, tattoos will probably no longer have the stigma that still lingers today and as my new tattoo buddy has advised, so long as you look after your skin which fortunately lots of black people tend to do, we will likely see ever more mature women taking the leap to get inked up. 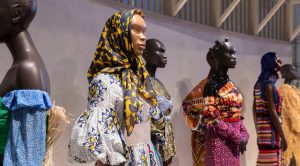 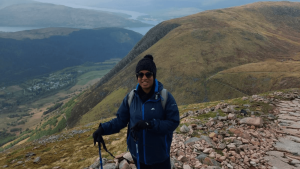 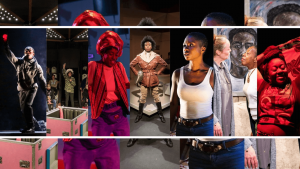