50 and fabulous is the new 30 and so who are the Black women celebs who are closely approaching, or have turned 50 in recent years?

At Melan Magazine we fully embrace the gift of growing older as the blessing that it is. Along with confidence, experience and let’s face it, an inability to suffer fools gladly, getting older often results in many of us finally beginning to embrace our full, authentic selves for the first time.

We have noticed that some of our favourite Black women personalities who are closely approaching or have turned 50 in recent years are embodying a refreshing new confidence and it’s a beautiful thing to see. 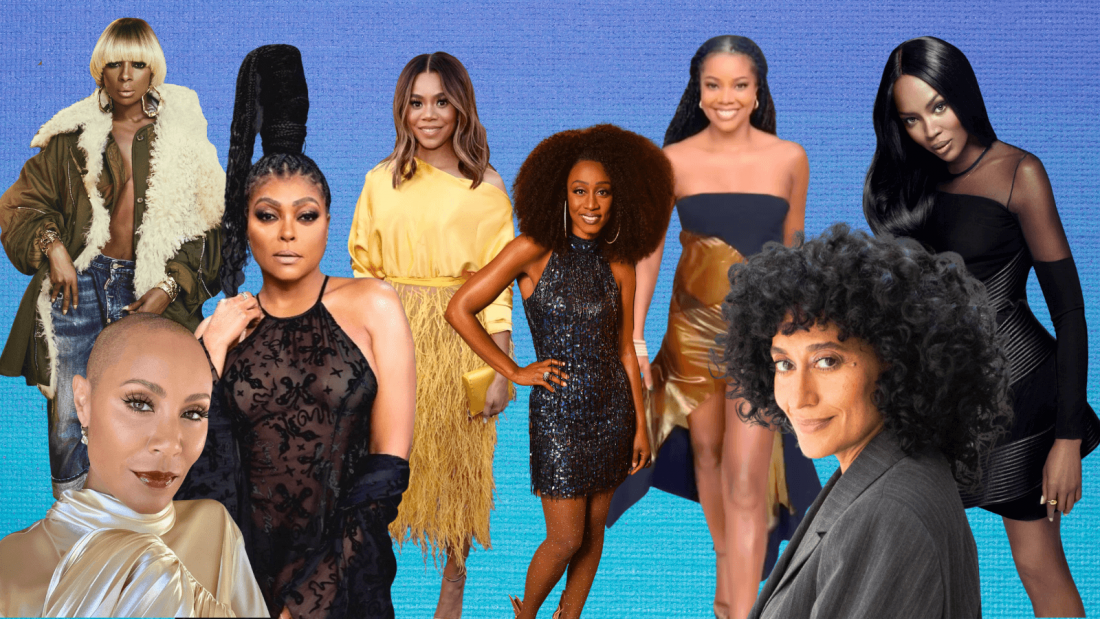 Here’s our list of 8 Black women celebrities who are the definition of 50 and fabulous.

On 29 October 2022, Gabrielle Union turned 50 and fabulous. Mother to four-year-old Kaavia James, Union shared an Instagram video of her graciously embracing her new age as she strutted confidently toward the camera with a gorgeous smile. The Think Like A Man actor captioned the post: “Walkin Into 50… Like A Champion.” The actress is already attracting awards-buzz for her upcoming film, The Inspection, out in the US on 18 November.

When asked what 50 feels like to her, in an interview the actor said: “It feels like… flowers.” Having wrapped up the final season of the popular TV series Black-ish, Ross continues to work on her natural hair brand, Pattern.

Red Table Talk host, Jada Pinkett Smith turned 51 this September. In a 2021 Red Table Talk episode months before she turned 50, the Girls Trip actor said: “coming to the self… that’s been the most beautiful part of almost turning 50.” 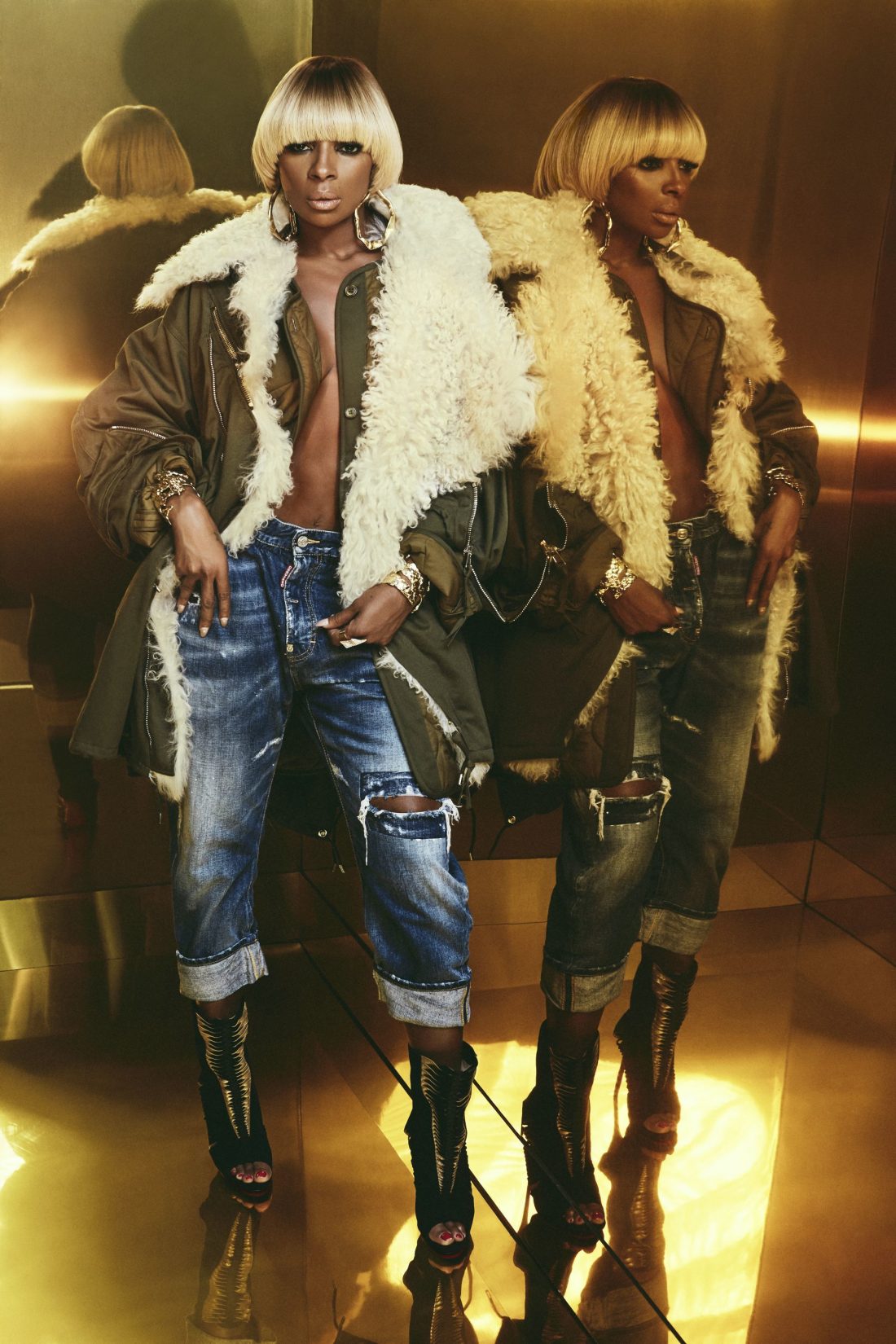 The Queen of Hip-Hop Soul turned 51 this year. Speaking to Ellen DeGeneres about turning 50 in 2021, The Real Love singer shared: “I’ve been through hell in my life and to make it to 50, it was just beautiful.” Mary J Blige also marked the “25th anniversary of her most influential work” by performing her ‘My Life’ album live for the first time for a Prime Video documentary.

In 2022, the singer continued to deliver as she performed in a showstopping Super Bowl half-time show with Dr Dre, Snoopdog and others earlier this year. Blige has also been on tour this year following the release of her 14th studio album: Good Morning Gorgeous.

51-year-old Regina Hall shared her thoughts about attaining her golden jubilee age by sharing a humorous birthday song in 2021. The hilarious lyrics includes: “Shout out to all my old b***ches”, showing her customary lighthearted view about turning 50. Embracing the spirit of being 50 and fabulous, Hall remains booked and busy, releasing several projects in 2022, including Netflix’s Me Time, Honk for Jesus and The Best Man: The Final Chapters, the third installment of the much-loved franchise.

A couple of years into her 50s, Empire star Taraji looks like she’s only just getting started. The 52 years old made a surprise appearance at Rihanna’s Savage X Fenty Vol.4 show. The Think Like a Man actress now also has a hair brand called TPH by TARAJI.

Earlier this year, the businesswoman also hosted the BET Awards with 14 outfit changes throughout the event, and of course she looked fabulous in every single one. Henson has also been open about breaking the taboo of mental health in the Black community.

Last year, Naomi Campbell announced to the world that her: “biggest blessing”, her baby daughter, had arrived. The visual representation of being ‘booked and busy’, the 52 years old supermodel is often seen strutting her signature walk at the highest profile shows and fashion weeks, proving that Black don’t crack. Quite a feat in what is often regarded as an ageist industry.

Although four months shy of turning 50, we couldn’t not add Britain’s Beverly Knight to this list. In an already accomplished career, the vocal powerhouse is set to star as suffragette leader Emmeline Pankhurst in the 2023 musical, Sylvia.

In a The Guardian interview she spoke about how music has brought her joy. “…as I approach 50, I’m so grateful. But there’s still more I want to do: films and TV; theatre shows and albums. And, there are a few statuettes still missing from my shelf. Mark my words: one day I’ll get them.”

@Melanmagazine
Kingston Jamaica is famous for being an exciting travel destination, but to discover the simple pleasures the Carib… https://t.co/UALvjcleYl
8 hours ago
Did you know that salmon is a natural aphrodisiac? We recommend you cook this hearty fish dish along with your sign… https://t.co/NePHZBzBWF
15 hours ago
Dr Yvonne Thompson (CBE), one of the founding members of the UK’s first legal Black radio station Choice FM, has sp… https://t.co/WuqHMdmhGW
20 hours ago
Whistle Punks: Europe’s top axe-throwing venue comes to London ''...features nine lanes, a bar, and a new menu se… https://t.co/Tr79xX3Baq
yesterday
Pupils should not have to face discriminatory practices by having their natural Afro hair styles policed while at s… https://t.co/R0wu3XbZdz
yesterday
Follow