An unflinching exploration of the human cost of the religious extremism sweeping across the African continent is the story behind The Milkmaid, which had its UK premiere at BFI Southbank on 10 July. 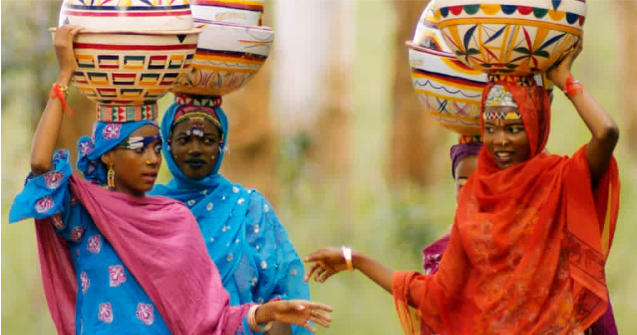 The Milkmaid film is a story about Nigeria, made by Nigerians, Ovbiagele’s film – told through Hausa, Fulfulde and Arabic – combines stunning cinematography with a powerful script to shine a spotlight on ordinary people victimised by extremist terrorists, transforming them from another horrifying statistic into real, flesh-and-blood characters with lives, loves, desires, and hopes.

The film tells the story of two sisters, Aisha and Zainab, who are abducted from their village on Zainab’s wedding day in a deadly attack. This traumatic encounter forever alters their path, destroying their relationships and forcing them to fight for their lives, their freedom, and their sanity.

The director Desmond Ovbiagele manages to skilfully juxtaposes the horror faced by victims of conflict with the serene natural beauty of West Africa – especially the jungle, forest, and mountains of Taraba State in north-eastern Nigeria. 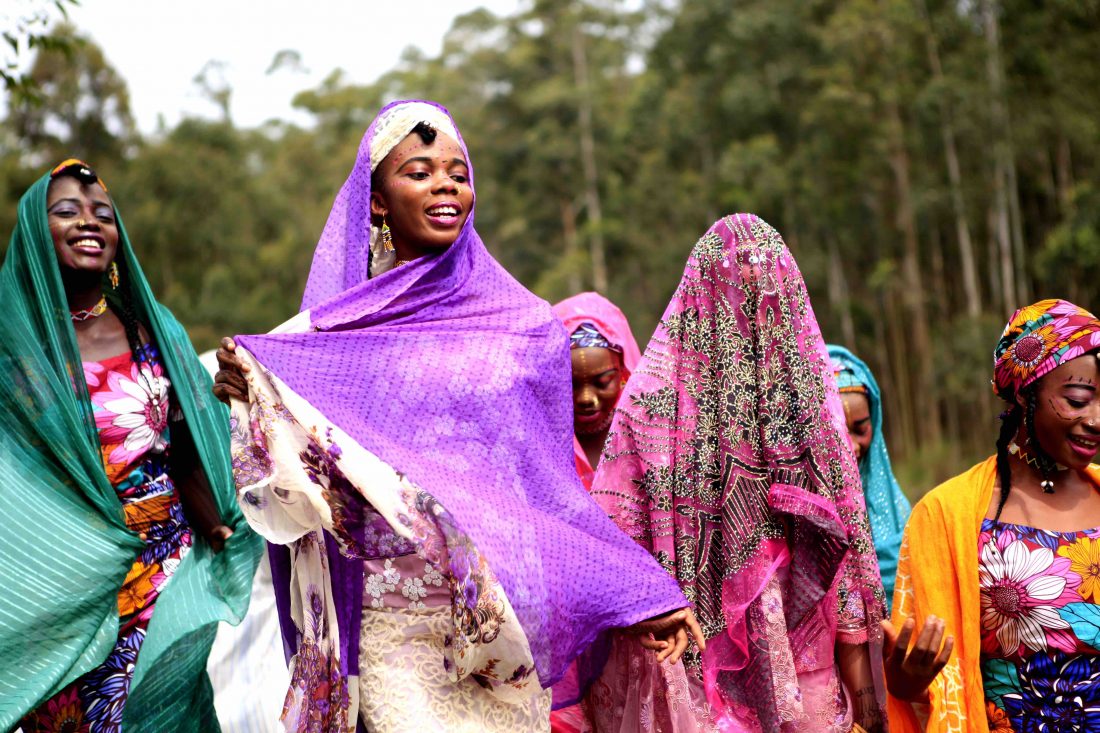 Ovbiagele approaches difficult topics sensitively, carefully considering how trauma and indoctrination creates perpetrators of violence as often as it creates victims. Indeed, the filmmakers have taken the deliberate decision not to name the Islamic extremists as Boko Haram, commenting that the scourge of extremism has now transcended their most infamous group.

In a terrifying case of life imitating art, the crew themselves overcame unimaginable challenges while filming in order to complete the film. They were apprehended at a checkpoint when their cargo – including props for the film – was deemed suspicious by local police. The situation escalated when a member of the local community – believing the crew to be insurgents themselves – advocated for violence. A number of the team were severely beaten and detained for several days before they could convince officers of their innocence and be allowed to continue on their way, as seen in the documentary: The Making of The Milkmaid.

Despite these hurdles, The Milkmaid film was completed and became Nigeria’s first-ever qualifying submission for Best International Feature Film at the Academy Awards. It also had its European premiere on 10 July at BFI Southbank as part of the BFI African Odysseys programme.

For the last 15 years, the BFI African Odysseys programme schedules monthly events at BFI Southbank, as well as larger seasons and celebrations of work by and about the African diaspora. The series, which is programmed by the African Odysseys Steering Group in collaboration with a cross section of activists, cultural figures and community leaders; also runs dedicated training and education and programmes to support diverse filmmakers and develop better understanding of Africa and African diaspora film culture.

Giving an interesting insight into his inspiration for the film, director Ovbiagele said: “The religious extremist insurgency that has raged in northern Nigeria for almost a decade has reduced human lives in the consciousness of the general public to mere statistics, typically nameless and voiceless. Inspired by the two Fulani milkmaids depicted on the Nigerian ten naira note, I felt a strong obligation as a filmmaker to harness the considerable tools available within the medium of cinema to help give a voice to those, living or dead, who are not in a position to speak for themselves.”

Watch The Milkmaid trailer below:

7 ways to remember the legacy of pioneering filmmaker Menelik Shabazz

@Melanmagazine
Palette is a book for the women who have, for so long, been left out of the beauty conversation. ''Palette, is a c… https://t.co/YOhir2BWG2
7 hours ago
When we talk about arthritis, many of us think it’s an illness that affects only the elderly, but the truth is that… https://t.co/Go5d4oP76a
13 hours ago
Mini Chilean blueberry cheesecakes: The sweetest treat this Valentine’s Day. This mini Chilean blueberry cheesecak… https://t.co/tNjf5mqsTI
19 hours ago
Want brighter, healthier teeth? These are the six “Health Trends” to avoid. ''Charcoal [toothpaste] may even contr… https://t.co/6Ifg9ecpjn
yesterday
Get the lowdown from this diary of a Black woman, on holiday for two weeks in Thailand. “Another day spent in the… https://t.co/6DpTTFcdio
yesterday
Follow