After becoming the female artist with the most ever Grammy Awards in the bag, Beyoncé was the undisputed Queen at the 63rd annual Grammy Awards on Sunday 14 March. 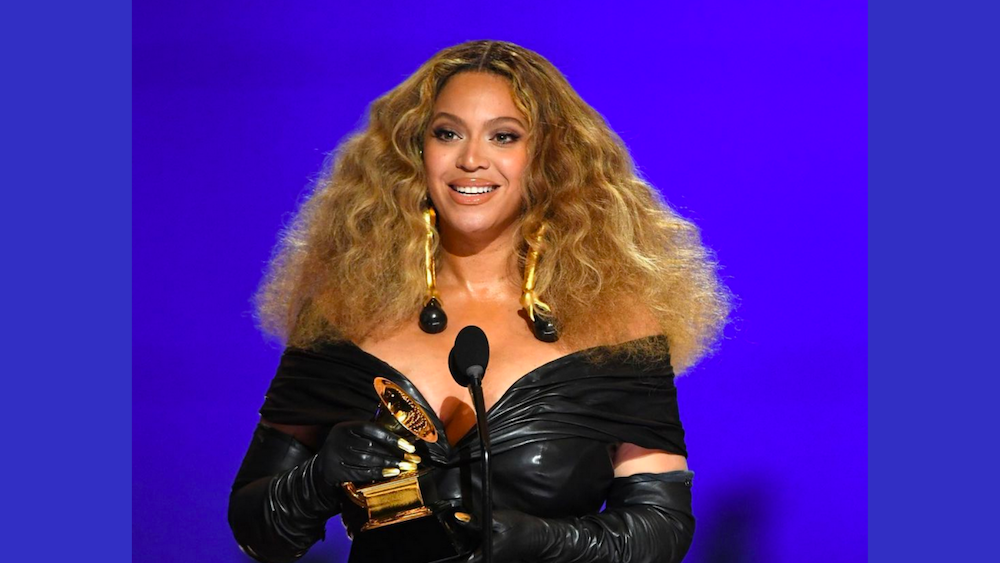 Gracing the awards ceremony with her presence, Beyoncé had nine nominations and although she didn’t perform on the night, she still dominated the night by winning four awards and smashed through the previous record for most wins by a female artist, matching music maestro Quincy Jones’ tally at 20 Grammys.

Commenting on her four wins of the night, including best R&B performance for “Black Parade,” Beyoncé said: “As an artist, I believe it’s my job to reflect the times, and it’s been such a difficult time, so I wanted to uplift, encourage, celebrate all of the beautiful Black queens and kings that continue to inspire me and inspire the world.”

At just nine-years-old, Beyoncé’s mini-me, Blue Ivy Carter can lay claim to her first Grammy for her participation, alongside other artists, including Nigeria’s WizKid for “Brown Skin Girl” which won in the best music video category. The hit song was part of her mum’s musical film and visual album, Black Is King.

It was a big night too for Megan Thee Stallion. On her first Grammy outing, she bagged three awards, for best rap song, record of the year best rap and best new artist, the first female rapper to win in this category since Lauryn Hill in 1999.

Other high points on the night saw Salt-N-Pepa honoured, alongside five other artists with a 2021 lifetime achievement awards. The female rap group, consisting of Salt (Cheryl James), Pepa (Sandra Denton) and DJ Spinderella (Deidra Roper), received five Grammy nominations and won the award for best rap performance by a duo or group in 1994.

The song of the year Grammy went to R&B singer H.E.R. and her collaborators for their emotional song “I Can’t Breathe,” released in protest against the killing of George Floyd.

While not officially part of the Grammys ceremony, Tiffany Haddish won the Grammy for best comedy album for “Black Mitzvah”. While filming for her Kids Say The Darnedest Things show, a producer broke the news to her and the visibly moved Haddish told the little children the significance of her win.

She said: “You know a Black woman hasn’t won in that category since 1986?.. not since Whoopi Goldberg.”

“You know a Black woman hasn’t won in that category since 1986?.. not since Whoopi Goldberg.”

“Can I tell you why I’m crying? It’s a lot of bumpy roads that you cross, and a lot of times you feel like, ‘Am I doing the right thing? Is this good enough? Am I good enough? Am I strong enough to do this job?’ And you have to believe in yourself as much as you can. And against all odds, you have to say, ‘I’m going to put my best foot forward and give the world the best that I got!”’

Congratulations to all the winners.