With widespread Covid-19 hesitancy within Black, Asian and minority ethnic communities, this expert spells out exactly what needs to be done to encourage better take-up of the vaccines. 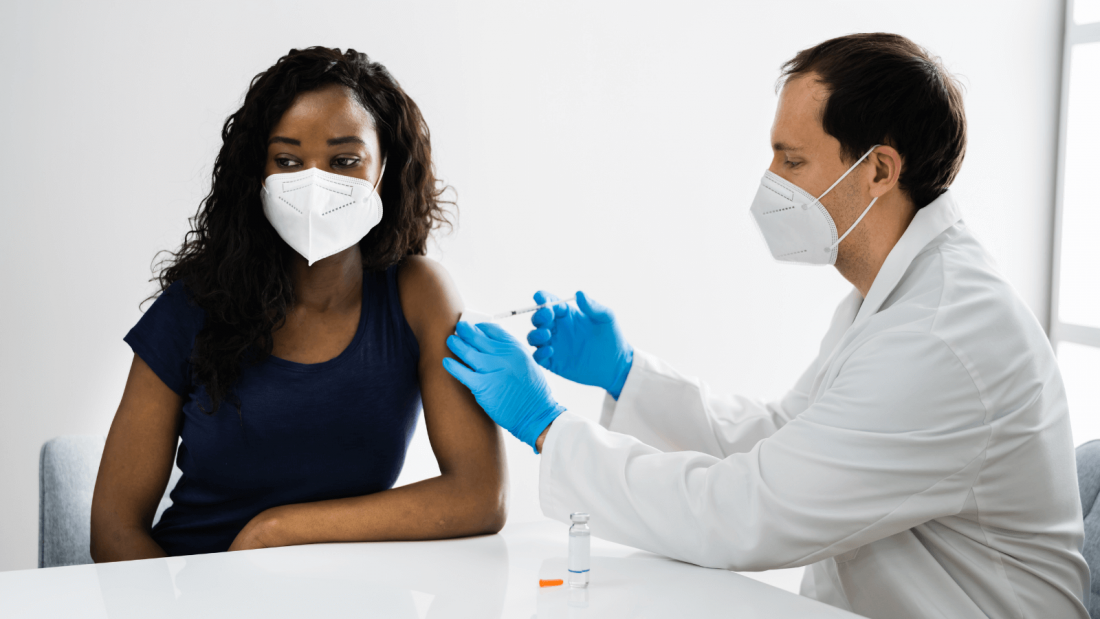 The BAME community needs better information explaining precisely how Covid-19 vaccines are made if the Government is to really tackle a lack of uptake.

The Nigeria-born academic says deep scepticism surrounding the physical production of the vaccine is one of the key issues among community members she speaks with.

And she suggests there’s simply not enough compelling information about vaccine creation on official Government channels – and what does exist is currently aimed at health professionals, not the general population.

Dr Emeagi, who is experienced in vaccine development, says: “I get a lot of calls and emails each week asking me exactly how the mRNA Covid-19 vaccine is produced.

“That tells me an informational need is not currently being met – and it’s vital we fill this void with accurate, appropriate and easy to digest advice.

“What materials there are on the Government website is perhaps tricky to find, and then aimed predominantly at health professionals rather than the average person.

“And we need to do more to get this information out to those with real concerns about a vaccination programme they’re reluctant to embrace.

“Overall, when it comes to dissemination of information in BAME communities, I’ve been less than impressed.”

“Although this mRNA based Covid-19 vaccine is the first to be approved with this technology, mRNA technology is not new.”

Dr Emeagi says while there is detailed information on the individual vaccine developers’ websites, such as Pfizer and AstraZeneca, it’s still not getting to the people who need to hear it.

She adds: “The majority of people think the mRNA vaccine – one that tricks the body into making a viral protein, which then triggers an immune response – is new.

“There’s this idea in the BAME community that we’re being used as ‘guinea pigs’ for a new method, and how it might even alter our DNA – even though it actually works on a different pathway altogether.

“Although this mRNA based Covid-19 vaccine is the first to be approved with this technology, mRNA technology is not new.

“The research into the use of this technology for vaccine development has been ongoing for decades and several vaccine candidates for other diseases have been trialled.

“If there were problems with the technique, they would have been identified long ago.

“The other thing I hear from the BAME community are questions as to why there isn’t a vaccine for the Ebola, Zikaviruses, HIV or even cancer; yet a Covid-19 vaccine has been produced so quickly?’

“My response has been that Zika and Ebola are regional pandemics whereas Covid-19 is global. And with so many deaths, and our normal life disrupted, there’s a different sense of urgency with different protocols.

“Meanwhile a Zika vaccine is also imminent, having recently gone to stage two of trials.

“I can only do so much to convince people. I’ve spoken with extremely sceptical people who actually work in the healthcare profession while others have even accused me of taking payment to spread propaganda! That’s the level of suspicion we’re talking about.

“But what the Government needs to do at this point is to run a serious, dedicated programme of presentations explaining how the vaccine is produced from start to finish – from application, to emergency vaccine production, to clinical trials, to rolling it out, and what the outcomes are in individuals who’ve already received it.

“I’m talking about websites, TV, radio and social media. It might sway a lot of people into receiving the vaccine at a time when we need as much uptake as possible.

“Because at the moment there’s something of a vacuum where people’s questions are being lost.

“People simply don’t understand it, and I feel if there was more awareness about the technology then people would be more inclined to get vaccinated.”

Covid #vaccines 💉 are safe and will save thousands of lives. MPs from both sides of the @HouseofCommons are united on this.

Please watch and share this important video from black MPs from both the @Conservatives and @UKLabour. pic.twitter.com/mEqlGLws6F

The advice comes after the Government said this week it was ‘very concerned’ about low vaccine uptake among BAME communities, with Vaccines Minister Nadhim Zahawi saying: “If one particular community remains unvaccinated, then the virus will seek them out and it will go through that community like wildfire and that’s not something any of us wish to see.”

He was speaking after new data released by the Royal College of GPs found that 90 per cent of vaccine doses administered so far have been given to white people.

On the flip side, the data showed that people of mixed ethnicity, Asian and black are only 33, 47 and 64 per cent, respectively, as likely to receive a jab.

Meanwhile Dr Emeagi, who has also been taking part in webinars aimed at educating ethnic minority communities about vaccines, says a failure to vaccinate some groups could potentially result in new disease ‘epicentres’ forming.

“People simply don’t understand it, and I feel if there was more awareness about the technology then people would be more inclined to get vaccinated.”

She points to the historical case of polio vaccinations in Nigeria in the early noughties, explaining: “One particular case I’d highlight came in Kano State, Nigeria, in the early 2000s.

“In this case, political and religious leaders halted an immunisation campaign, urging parents not to vaccinate their children, due to the mistaken belief the drugs could be contaminated with anti fertility agents, HIV and even cancer-causing chemicals.

“By 2003, Kano State had become the epicentre of polio on a global scale.

“And when it comes to Covid-19, it’s vital that adoption is as widespread as possible to prevent new pockets of outbreaks from emerging continually in the future.

“We’ll never truly eradicate the disease unless this happens.”