Wanting Black children to see themselves reflected in literature continues to inspire parents to write their own children’s books. Here’s a roundup of Melan current faves for you to add to your lists.

The challenges of Covid-19 and families being in lockdown has birthed plenty of children’s books fiction debuts. It’s great to see ever more exciting books from Black authors being added to our Amazon wishlists.

We’ve compiled the following list of children’s books releases – some new and some you might have missed – which will be perfect gifts for either your own children or any close to you. 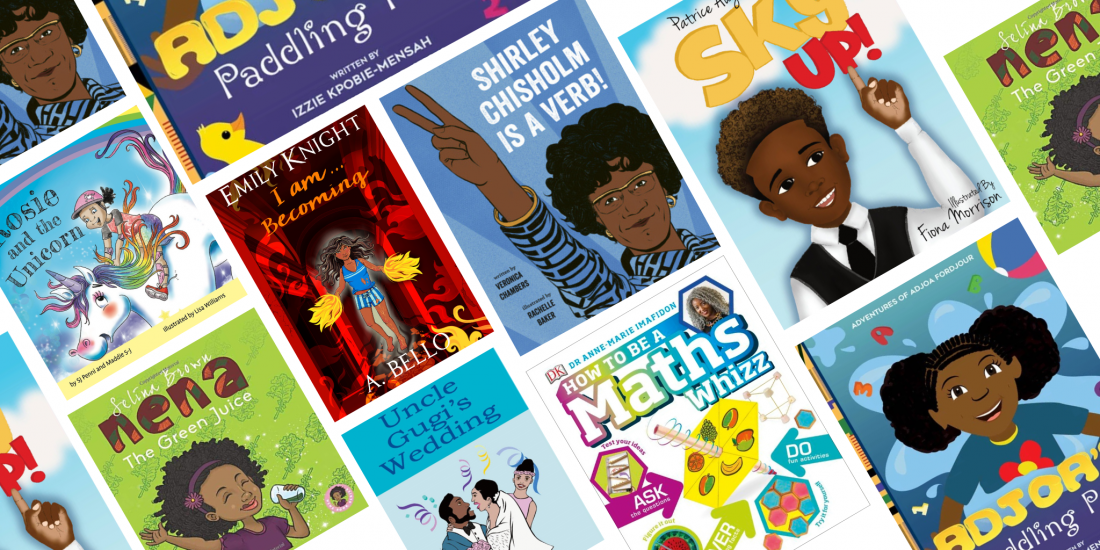 The Knights are finally reunited and ready to defeat Neci once and for all. But Neci is one step ahead and targeting them one by one. When one of Emily’s best friends is kidnapped, Emily leads the elite team on a rescue mission, but nothing can prepare them for what Neci has planned…

The third in Abiola Bello’s Emily Knight series is set to be published on 17 September, following the huge success of its predecessor which was released three years ago. Emily Knight is the strong black lead in this fantasy series for young teens aged 10-14, written by an equally powerful London author who wrote her first novel at eight years old.

Meet Alfie Miller. He’s noticed a few things since his family moved to the countryside like he and his sister Lily are the only children who aren’t white, and the weather is crazy! When Alfie investigates Folding Ford’s weird weather, he unfortunately unleashes a lightning creature on the village and finds himself in the centre of a perfect storm of trouble.

Clare Weze’s debut novel for eight to 12-year-olds won’t be published until 6 May 2021 with the second due to follow in 2022. The children’s and adult fiction writer said: “I wrote [Alfie’s] story to explore resilience, friendship and fitting in to new places when you’re different, but most of all I wanted to capture the excitement of this unusual and dicey investigation by one boy, and the amazing discoveries that come from it.”

How To Be a Maths Whizz by Dr Anne-Marie Imafidon 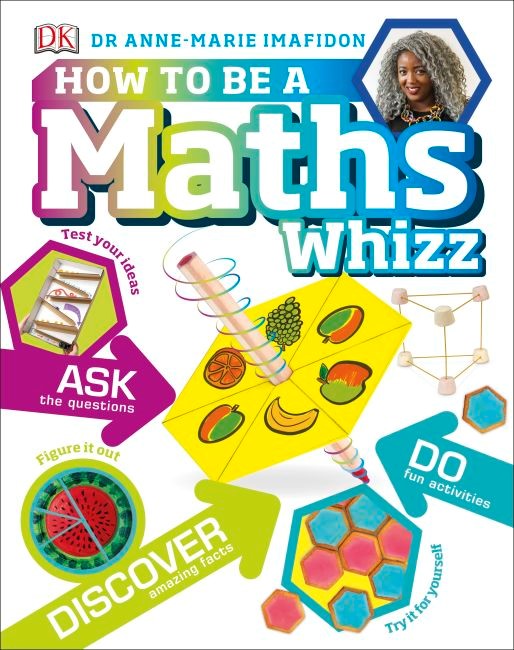 Being a mathematician isn’t just about scrawling numbers on a dusty chalkboard – it’s part of our everyday lives – which is the message from Dr Anne-Marie Imafidon through her latest book for seven to nine-year-olds.

How to be a Maths Whizz invites children to investigate maths by being playful and using items from around their homes. There’s more than 30 crafty activities to choose from like designing and building their own city, growing plants and learning about coordinates by drawing their own treasure map.

Dr Anne-Marie was just 11 when she became the youngest girl to pass A-Level computing and at 20, she received her master’s degree in mathematics and computer science from the University of Oxford. The 30-year-old also founded Stemettes, an award-winning social initiative inspiring the next generation of young women into science, technology, engineering and mathematics (STEM). 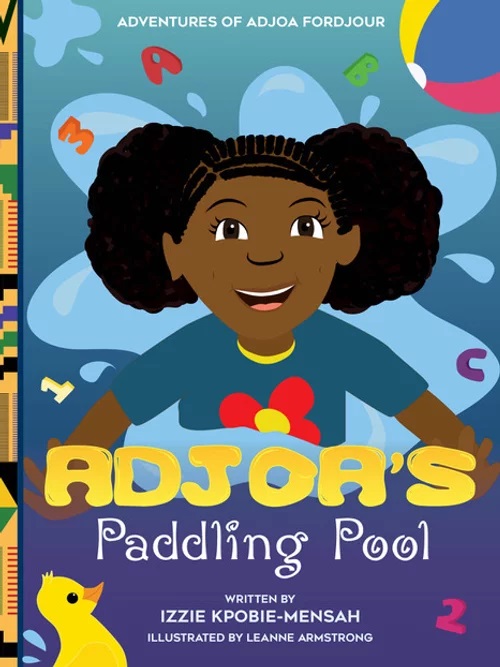 Adjoa Fordjour is a lively three-year-old in south London who enjoys an adventure a day and, in this book, it’s her new pair of trainers and toys that she enlists for an escapade. Adjoa’s Paddling Pool is the second book in the Adventures of Adjoa Fordjour series from equality, diversity and inclusion specialist Izzie Kpobie-Mensah.

Izzie’s motto is “inspiration is everywhere” and it was the birth of her first grandchild that encouraged her to revisit the books she wrote for her children when they were younger. Together with illustrator Leanne Armstrong, the Adventures of Adjoa Fordjour were brought to life.

Sky Up! by Patrice Augustus-Brown 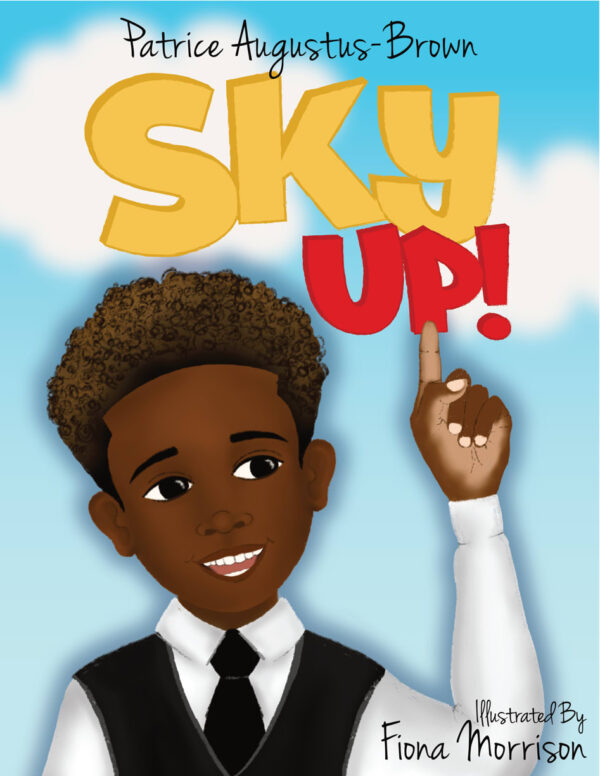 When eight-year-old Joziah is set a homework task to explore what career he wants, he’s understandably confused and overwhelmed. His uncertainty leads him to his dad’s barbershop where he becomes engrossed in inspiring conversations that help him get to the bottom of that huge question: ‘What do you want to be when you grow up?’

Author Patrice Augustus-Brown wanted to write a children’s book aimed at young boys, aged five to eight, as well as to introduce entrepreneurship and financial literacy. The primary school teacher and special education needs coordinator (SENCO) said: “I believe it’s important to inspire children to aspire and teach them financial literacy from an early age. Sky Up! will be part of a series of books to build children’s self-confidence, resilience, problem-solving, creativity and goal setting skills.”

Rosie and the Unicorn by Sally and Maddie Penni 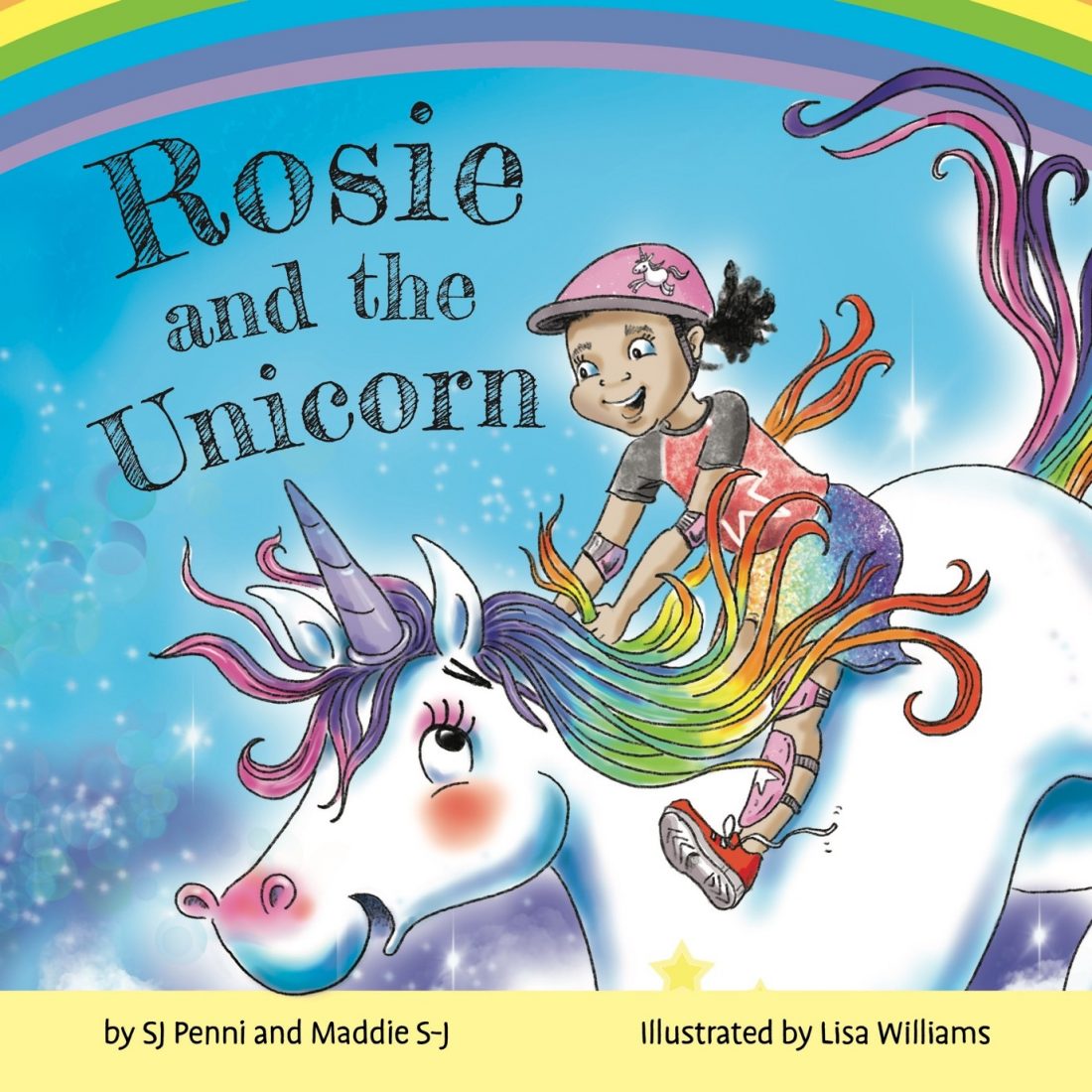 Rosie is a little girl who loves unicorns, but she never imagined her dreams would come true when she wakes to find Ella the Unicorn outside her window. Together, the pair embark on a magical adventure around the village, meeting diverse people from all walks of life who help create memories to cherish.

Sally Penni, a lawyer from Manchester, and daughter Maddie, aged six, wrote the illustrated book together during lockdown as a way to lift their spirits. She told The Voice News: “The story of Rosie and the Unicorn celebrates multiculturalism, love and kindness and community cohesion. It invites us into a world that more closely reflects our own experience and confirms that heroines can be from anywhere. They can have brown skin and women of colour can hold their own in court.”

All profits from sales of the book will go to the NHS, Royal Manchester Children’s Hospital and Young Minds charity. 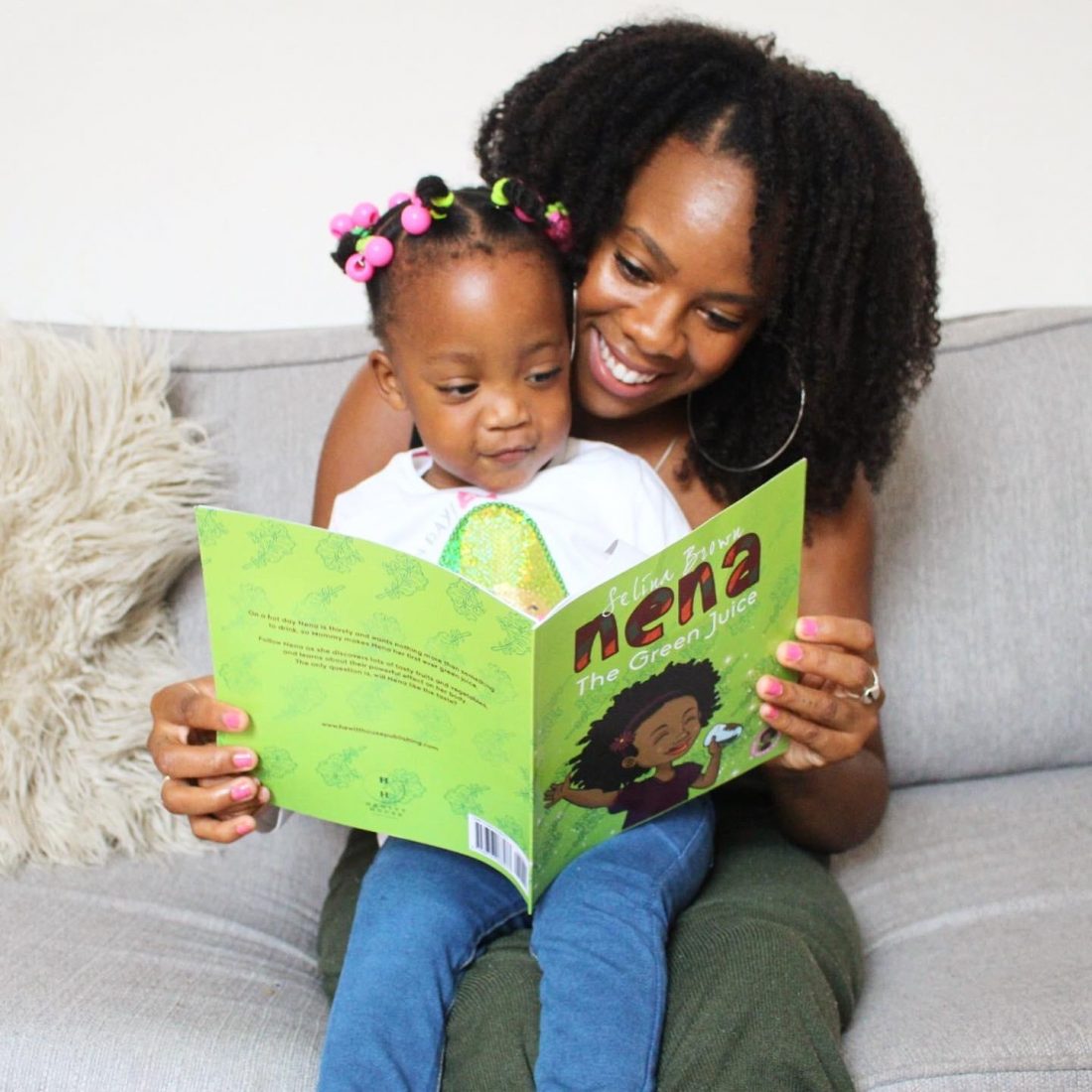 Nena: The Green Juice follows excited five-year-old Nena as she creates her first ever green juice. As she does so, Nena learns about the powerful effects of fruits and vegetables on her health with a big surprise at the end.

Birmingham author, Selina Brown, decided to write her debut children’s book after becoming worried at how unhealthily her daughter and young relatives were eating during lockdown. A daily green juice drinker herself, marketing professional Selina decided to spread the importance of greens through a fun picture book.

She said: “I wanted to create a change so I wrote a book that brings the fun into fruits and vegetables. I would love for this book to motivate young children to eat their veggies at dinner time or inspire a family to make green juice together.” 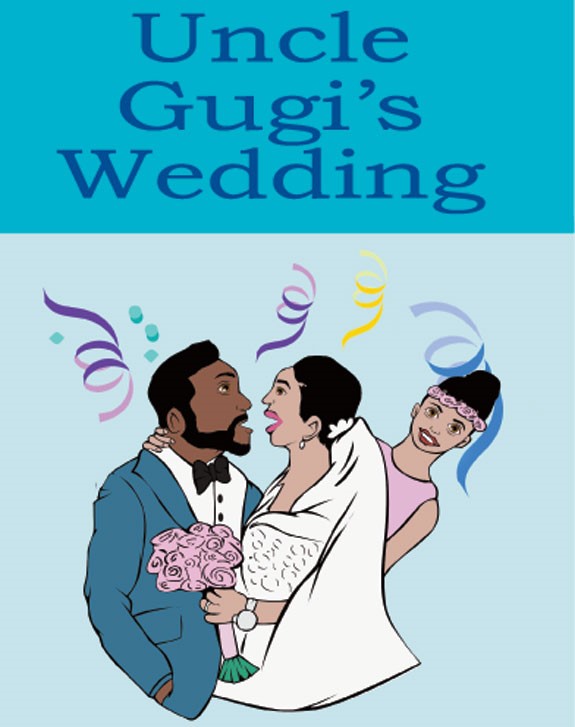 Kaycee, 10, can hardly contain her excitement. She’s off on an adventure to explore her Nigerian culture and attend her beloved Uncle Gugi’s wedding. Join this excited London girl as she prepares for a trip of a lifetime (which has some bumps along the way).

Uncle Gugi’s Wedding is directly inspired by schoolgirl Keona Maduforo’s experience going to her uncle’s wedding in Nigeria. She illustrated and co-wrote the lively story with mum Uju, so readers could share in their Igbo culture and customs. It’s aimed at readers aged seven to 12, who will even pick up some Igbo words along the way as Kaycee learns her family’s native language too.

Shirley Chisholm is a Verb by Veronica Chambers

Shirley Chisholm was the first Black woman in US Congress and the first Black person to run for US presidency as a Democratic candidate. She’s a strong Black female role model, recently portrayed by actress Uzo Aduba in Mrs America, and now the subject of a fabulously illustrated children’s book.

This dynamic biography lets young readers see how much of a force Shirley was to be reckoned with. Written by prolific author Veronica Chambers and illustrated by Rachelle Baker, this is a great chance to teach youngsters, aged four to eight, about Shirley’s early years, her time in politics and how her actions left a lasting legacy.