Award-winning, global bestselling author Dorothy Koomson is back with her latest novel, All My Lies Are True. One of our favourite authors, in a recent interview, she told us about her writing origins, what motivates her as an author and how, unlike the characters in her novels, she loves the slower pace of life. 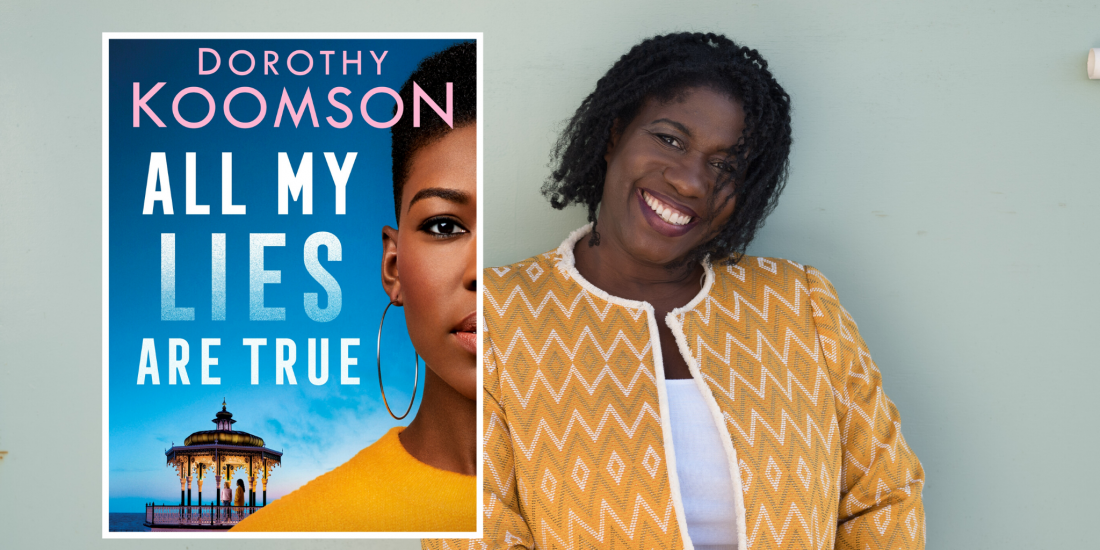 A prolific writer, All My Lies Are True is Dorothy’s 16th novel. As you’d expect from the Queen of the Big Reveal, it’s a real page-turner. True fans of Dorothy are in for a treat, as the book returns to the lives of Poppy Carlisle and Serena Gorringe – the ‘The Ice-Cream Girls’, ten years after we left them.

The long-awaited sequel to The Ice-Cream Girls, which was loosely adapted into an ITV drama in 2013, leans to Dorothy’s niche writing style with its pacy, thrilling story about family, obsession and psychological abuse.

With her books having been translated into more than 30 languages and more than two million copies sold in the UK alone, one could reasonably expect Dorothy to affect the stuffy, author stereotype, but that couldn’t be further from the truth. In our interview she exudes a warm, friendly demeanor and gives the aura of a woman who knows exactly who she is and has nothing to prove to anyone. A true Melan woman.

Read our interview with the wonderful Dorothy Koomson…

You’ve been an acclaimed author for many years, when did you start feeling like an authentic and respected writer?

I don’t think there’s ever been a moment when I’ve sat back and thought, ‘I’m an authentic writer’. Obviously, it doesn’t help that Black people – women especially – are always expected to exceed all expectations rather than just being able to do the job; that means it can take a huge amount for you to feel accomplished or even authentic. Along the journey of my writing career, though, there have been many, many moments where people have said something that has made me realise how much my books mean. It’s been wonderful to hear from women – particularly Black women – who have said that my books were the first time they read about a main character who looks like them and isn’t problematic in some way. That’s something that makes me realise that I am probably good at what I do, and I should feel proud of my achievements.

“…it was so hard writing about characters I know people loved and thought so much about. I was worried at every stage of ruining those good memories.”

Did you enjoy the process of revisiting the characters in your latest book 10 years later?

Yes and no! I loved writing the story of Serena and Poppy again; coming up with where the next part of their lives takes them separately and together was amazing. But . . . it was so hard writing about characters I know people loved and thought so much about. I was worried at every stage of ruining those good memories. Thankfully, everyone who has read it has said how much they adored it and how it did nothing but enhance the first book, so phew! 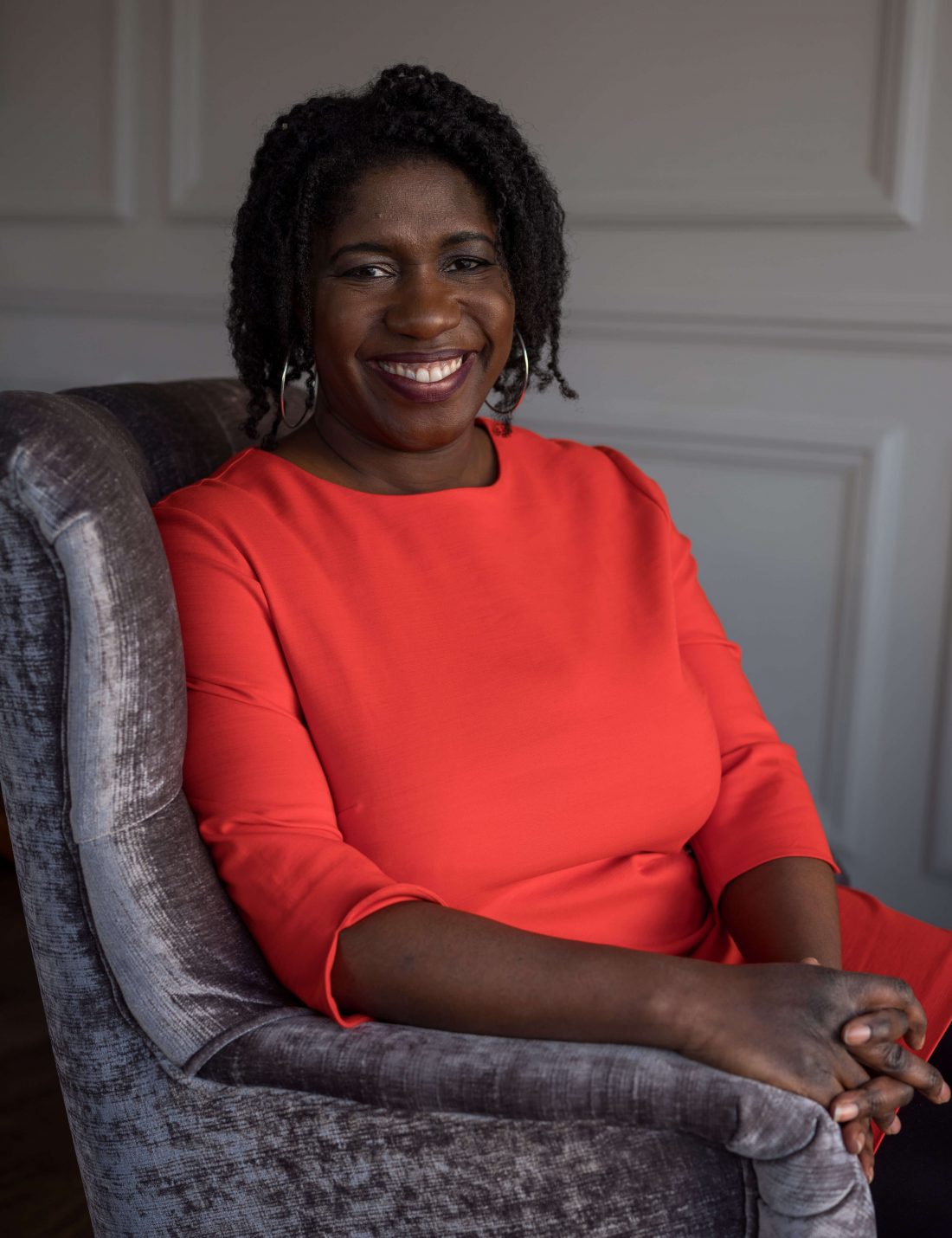 To readers who have not yet discovered your work, how would you describe your writing/books?

What?! There are people out there who haven’t discovered my work?! [Joking] I call my later books emotional thrillers because they have a crime at the centre, but the main focus isn’t the detection of the crime but the emotions of the people whose lives the crime touches. My first emotional thriller was The Ice Cream Girls. I actually set out to tell the story of two women who had been separated for 20 years and then were reunited. Then I came up with the idea of one going to prison and one ‘getting away’ with a crime. When I found out that most women go to prison for a long time for killing an abusive partner, the whodunit, crime element of the story was created. When I put a book together, I try to have drama, romance, mystery and humour – all the elements that make up our lives in it. So, if you’re looking for a mix of those things, my books are probably for you! (And where have you been all this time?! Again, joking!)

If you hadn’t chosen writing, what would you have become?

Probably a librarian. My dad wanted me to be a politician, but I’m not sure I could stand all the mendacity that seems to be needed to get ahead in that world. I was very fortunate that I wanted to be a journalist and I did actually become one. And I wanted to write books, and I’ve done that, too.

“I was very fortunate that I wanted to be a journalist and I did actually become one. And I wanted to write books, and I’ve done that, too.”

What do you do for fun/hobbies?

I love to read. I like to watch TV and movies – especially superhero movies. I also enjoy knitting and making cocktails. I loved cooking but it wore a bit thin during the middle of lockdown, but I’ve found my love for it again.

Post COVID, where are you dreaming of going on holidays?

Just to the local beach. I haven’t been in months, so it’ll be like going on holiday being able to spend time there again.

What did you learn about yourself during the lockdown?

I think the biggest thing was that I did have time to exercise after all! A group of us meet almost every morning to exercise together online and it’s the best thing I’ve ever done. I like that fact I’m seeing my friends and getting fitter.

They are good! They are two crazy dogs and they fit right in with us in this house. I love them to pieces but the other night they would not settle at all! I spent most of the night up with them while they kept running to the back door to bark into the dark. I could barely keep my eyes open the next day! They are lovely, though.

All My Lies Are True by Dorothy Koomson is published on 9th July by Headline.