After George Floyd’s tragic murder sparked protests and riots in the US and around the world, the spotlight shifts to the presence of institutional racism here in the UK. 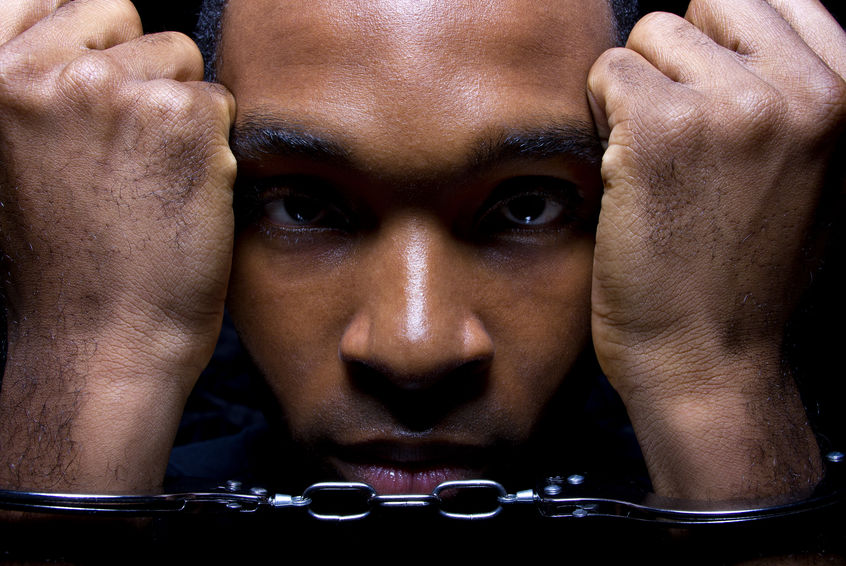 Comparisons between the UK and the US have been rife as many begin to compare and assess the treatment of Black communities by not only the British police and judicial system, but also the presence of systemic racism across the UK’s public, academic, professional, and political spheres.

Society at large would have us believe that we are all treated as equals, however, there is compelling evidence to suggest otherwise. Racism, xenophobia and racial inequality are entrenched in many of Britain’s institutions and structures, and their roots run deeply into many of the legal frameworks we take for granted today.

History (including the very recent) has demonstrated this, with overwhelming evidence showing that much of the UK’s policies are inherently racist, in that they promote and enable the ongoing discrimination and inequality of Black and other minority-ethnic communities. The recent Windrush Scandal is a case in point.

In 2017, it was discovered that hundreds of so-called ‘Windrush’ citizens, who came to the UK from Caribbean countries between 1948-1973 in a scheme to help fill the post-war labour shortages, had been wrongfully detained, deported, or denied legal rights. This formed part of the infamous ‘hostile environment’, which was an immigration policy designed to clampdown on illegal migrants rolled out by then home-secretary Theresa May in 2012. Members of the Windrush Generation and their families, who all had a legal right to remain, were targeted because they could not produce the correct documents to meet the ever-stringent demands of this policy, though it transpired that the original documents from their arrival in the UK had been lost and/or destroyed by the Home Office itself during the 1950s and 60s.

Many of those who were wrongfully identified as living in the UK illegally were sacked from their jobs and left ineligible for employment benefits, and some even evicted from their homes…

Many of those who were wrongfully identified as living in the UK illegally were sacked from their jobs and left ineligible for employment benefits, and some even evicted from their homes due to the debt they incurred as a result of their treatment by the Home Office. What’s more, despite the government’s apologies, since the Windrush Compensation Scheme was launched in April 2019, only 60 out of 1,275 applicants have received compensation.

Despite the Immigration Act of 1971 confirming that the Windrush generation had, and still have, the right to live in the UK, many were not given the correct documentation to prove their residency. A report commissioned by Sajid Javid discovered several factors surrounding the operation of the Home Office allowed the Windrush Scandal to happen, including a culture of disbelief amongst staff and general carelessness of the handling of applications. 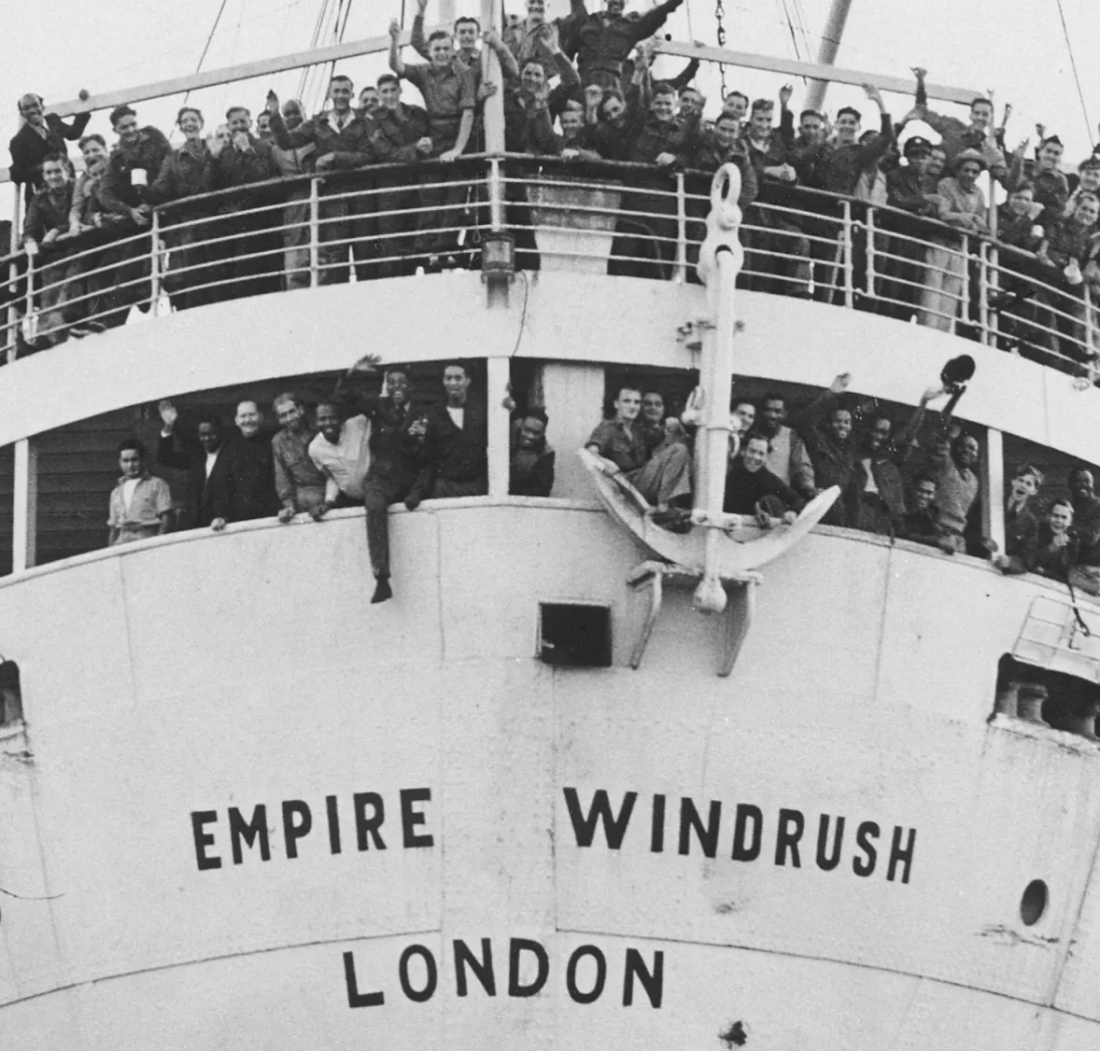 Theresa May’s hostile environment policy was adopted in 2012 with the aim of making the country as unwelcoming as possible to ‘irregular migrants’ – meaning those without the legal right to remain. Although this group was specifically targeted by the hostile environment, other individuals also found themselves scapegoated by the immigration acts under the policy. This included individuals with regular immigration status, such as those living in the UK with valid UK visas, as well as Black, Asian and minority-ethnic British citizens.

The hostile environment policy forced service providers such as employers, healthcare professionals, and landlords to vet individuals who could be ‘undocumented migrants’. This led to wide-spread discrimination, with many of these people making snap judgements based on ethnic background, skin colour, and whether or not someone had a ‘foreign-sounding’ name. The Right to Rent scheme for example, which formed one part of this policy, threatened landlords with criminal action if they failed to deny housing to undocumented migrants. This not only perpetuated racism within the housing market, but it also resulted in many Black, Asian and minority-ethnic migrants and Britons being unable to access safe housing leaving them vulnerable and at risk. What’s more, while elements of this scheme have now been reversed, many hostile immigration policies are still in place to this day, meaning systemic racial discrimination is far from a thing of the past.

…many hostile immigration policies are still in place to this day, meaning systemic racial discrimination is far from a thing of the past.

In the UK today, Black, Asian and minority-ethnic people remain one of the most socio-economically disadvantaged groups in the country. They are more likely to live in overcrowded housing and come from low-income households than any other group and are already more reliant than their white counterparts on zero-hour contracts and jobs in the gig economy. Even legislation passed in recent years is continuing to disregard the needs and rights of Black, Asian and minority-ethnic communities, seen in the recent passing of the UK’s domestic abuse bill. The bill imposes the NRPF (no recourse to public funds) rule on migrant victims of abuse meaning many are left unable to access state support, health care and most importantly, safe refuge from their abusers.

Equally, in the summer of 2018, the UN commissioned a report into the presence of institutional racism in the UK, that unearthed disparities across various sectors in the UK including housing, education, health, and social care and “the devastating racial impact of criminal justice law and policy in the United Kingdom”. In the education sector, the report discovered that Afro-Caribbean children are “nearly three times more likely to be permanently excluded than white-British pupils”. In higher education, many have expressed their concern over the low admission rates amongst ethnic minority students despite many having the same A-Level grades as their white peers.

With protests continuing around the world, the desire to expose, challenge and eradicate institutional racism has become a matter of urgency to protect those at risk. Despite calls to action in the UK as well as the US, Prime Minister Boris Johnson has denied the existence of systemic racism. Although Mr Johnson stated that he has “no doubt” that discrimination and racism exist, he denied that the UK is a racist country.

With our PM taking this blinkered stance, the question remains, how are we to tackle the very real presence of institutionalised racism that exists in the UK today?

Written by Bethany Morris. Bethany is commentator and writer for the Immigration Advice Service.

10 common Gynae questions about your lady parts answered by an expert!

I’m no stranger to activism, but I will not be marching with the millennials